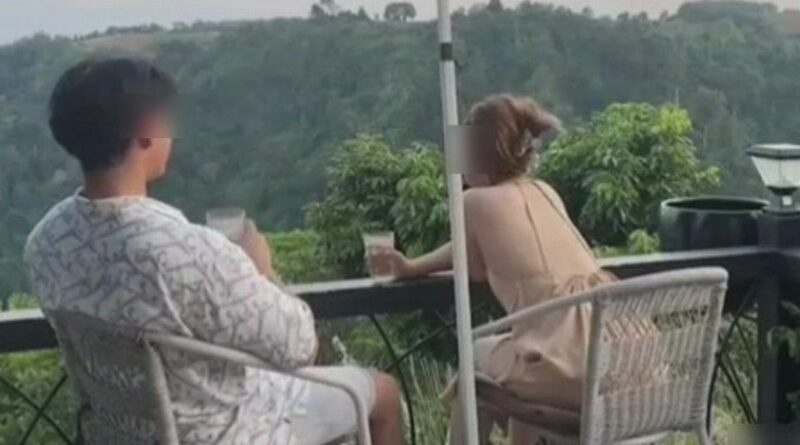 An OnlyFans couple whose steamy sex videos shot at a quiet campsite caught the attention of the police have handed themselves in.

The unnamed pair, who were also reportedly discovered by residents staying in the resort because their noises were so loud, could face up to five years in prison.

Footage of the romp, shot in Nakhon Ratchasima, northeast Thailand, was split into four minute-long clips and circulated in private WhatsApp groups.

Pornography is illegal in Thailand, and if found guilty under the Computer Act, they could face years in prison and be handed a hefty fine.

Outraged officials said the couple "brought shame to the area" and ordered the local cops to begin an investigation.

Pol Col Peerapong Thanapochai, superintendent of Wang Nam Khiao, said the couple admitted to recording their romps in a room at the resort in Wang Nam Khiao district, when they handed themselves in last week.

The couple said they had set up a camera inside the room and recorded themselves having sexual intercourse without the knowledge of the resort management.

Their video started like an innocent travel vlog showing a nice foggy view of the mountain resort but then cut to a series of sexual acts performed inside a camper van.

The couple's identity remained a mystery as police only had their OnlyFans username Corneo888 to go by, with the account soon disappearing from the platform following the launch of the investigation.

Police have now charged the pair with putting the indecent material into a computer system via websites or other applications in exchange for membership fees from those who viewed them, and producing and distributing pornography.

He said the Criminal Division at the Royal Thai Police Office was checking whether they had criminal records.