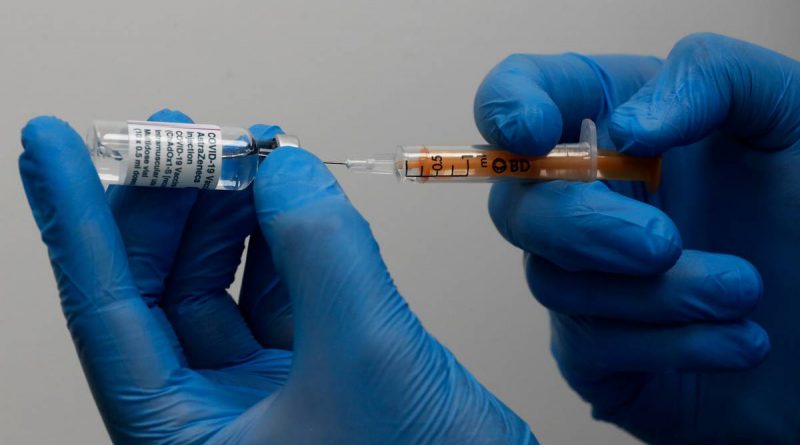 There is no evidence so far of a link between the AstraZeneca shots and a few new cases in Europe of serious illness and deaths. But investigations are underway.

Millions of people in dozens of countries have received the AstraZeneca Covid vaccine with few reports of ill effects, and its prior testing in tens of thousands of people found it to be safe.

But recently, blood clots and abnormal bleeding in a small number of vaccine recipients in European countries have cast doubt on its safety, although no causative link has been found between the patients’ conditions and the vaccine. The reports have prompted more than a dozen countries to either partly or fully suspend the vaccine’s use while the cases are investigated. Most of the nations said they were doing so as a precaution until leading health agencies could review the cases.

The AstraZeneca vaccine has not been authorised for use yet in the United States, although a review of its US trial is expected soon.

What types of problems caused the countries to take precautionary steps?

The cascade of decisions to pause the use of AstraZeneca’s vaccine, mainly by European countries, followed reports of four serious cases in Norway, which were described among health workers under age 50 who received the vaccine. Most developed clots or bleeding abnormalities and had low platelet counts, health authorities there said. Two of them have died from brain haemorrhages, and the other two are hospitalised. The death of a 60-year-old woman in Denmark and of a 57-year-old man in Italy also fuelled quick decisions, although none of the deaths have been fully investigated to determine whether there is any link to the shots they received.

What is a blood clot and what causes them generally?

A blood clot is a thickened, gelatinous blob of blood that can block circulation. Clots form in response to injuries and can also be caused by many illnesses, including cancer and genetic disorders, certain drugs and prolonged sitting or bed rest. Clots that form in the legs sometimes break off and travel to the lungs or brain, where they can be deadly.

Can the vaccine cause blood clots?

Vaccines have not been shown to cause blood clots, said Daniel Salmon, director of the Institute for Vaccine Safety at Johns Hopkins University.

Blood clots are common in the general population, and health authorities suspect that the cases reported in vaccine recipients are most likely coincidental and not related to the vaccination.

“There are a lot of causes of blood clotting, a lot of predisposing factors, and a lot of people who are at increased risk — and these are often also the people who are being vaccinated right now,” said Mark Slifka, a vaccine researcher at Oregon Health and Science University.

From 300,000 to 600,000 people a year in the United States develop blood clots in their lungs or in veins in the legs or other parts of the body, according to the Centers for Disease Control and Prevention.

Based on that data, about 1,000 to 2,000 blood clots occur in the US population every day, according to Dr. Stephan Moll, a haematologist and professor of medicine at the University of North Carolina.

Calculating further, he said, roughly 1 per cent of the 1,000 to 2,000 daily blood clots — 10 to 20 a day — would occur in the vaccinated patients just as part of the normal background rates, not related to the vaccine.

“Only if epidemiological data show that that rate is higher, would one start to wonder about a causative relationship,” Moll said.

What can existing data on AstraZeneca's vaccine tell us?

Dr. David Wohl, director of the vaccine clinic at the University of North Carolina, said he had seen no evidence that any of the Covid vaccines had caused blood clots, also called thrombosis, in the large clinical trials that led to their authorization.

But Wohl also noted, “There are differences between trials and real life.”

Outside trials, the vaccines are given to a broader array of people. So if safety questions arise once a vaccine comes into more general use, the questions should be investigated, Wohl said.

“We don’t want to ignore a signal that could indicate a larger problem,” he said. “But at this point it’s premature to think AstraZeneca causes thrombosis.”

Do vaccines cause other bleeding disorders?

Other vaccines, particularly the one given to children for measles, mumps and rubella, have been linked to temporarily lowered levels of platelets, a blood component essential for clotting.

Lowered platelet levels have been reported in small numbers of patients receiving the Moderna, Pfizer-BioNTech and AstraZeneca vaccines. One recipient, a physician in Florida, died from a brain haemorrhage when his platelet levels could not be restored, and others have been hospitalised. US health officials have said that the cases are being investigated, but they have not reported the findings of those reviews and have yet to indicate that there is any link to the vaccines.

How will investigators determine whether there is a link?

The European Medicines Agency said on Monday that it was working with AstraZeneca and health authorities to scrutinise “all the available data and clinical circumstances surrounding specific cases.”

The authorities have not detailed what that assessment will look like. But when assessing a possible connection between a vaccine and a serious side effect, investigators generally focus on estimating how often such medical problems would be expected to turn up by chance in the group of people in question.

That might mean looking at people in the same group from before they got vaccinated. It could also mean looking at a similar group of people. If the rate of these problems is higher in the vaccinated group than would be expected in a comparable population, that’s a sign that the safety issue may be real, or at least worth more scrutiny.

Such investigations typically do not hinge on definitively figuring out whether the vaccine was the cause of a death or a serious medical problem, because in most cases that cannot be conclusively determined. But investigators do take clinical history into account, such as whether a person had been treated for similar medical problems before being vaccinated.

Investigators also keep in mind factors that might make a group of people more likely to fall ill. Older people, who have been prioritised in vaccination campaigns around the world, are at higher risk of developing blood clots than younger people.

Individual health ministries also are conducting investigations, and the health authorities in those countries are awaiting results of autopsies. In Italy, in addition, the authorities have seized doses of the vaccine in the Piedmont region as part of an inquiry into the teacher’s death there over the weekend.

Can we expect updates on the investigation?

A World Health Organization advisory committee plans to meet on Tuesday to discuss the vaccine. The European Medicines Agency’s safety committee will meet on Thursday.

Jennifer Nuzzo, a public health researcher at the Center for Health Security at Johns Hopkins University, said she hoped that the authorities would provide regular updates on the status of the investigation into the safety of the AstraZeneca vaccine — something that often does not happen when safety issues are probed.

“I really wish there could be more continued communication about what kinds of analyses they’re doing, what are they looking at, even if they’re interim — just to give transparency into the process to improve trust in the process,” Nuzzo said.

What has the company said about the safety scare?

AstraZeneca first publicly addressed the safety concerns a week ago, after Austria halted vaccinations from one batch of AstraZeneca’s vaccine. A company spokesman said at the time that no serious vaccine side effects had been confirmed.

On Thursday, after Denmark moved to halt all vaccinations with AstraZeneca’s product, the company put out a statement more pointedly defending its vaccine’s safety. AstraZeneca’s safety data, a trove of more than 10 million records, had shown no evidence of an increased risk of blood clot-related problems in any demographic group or country, the company said.

On Sunday, after several more countries had announced plans to suspend their vaccination campaigns, AstraZeneca issued a news release with more specifics on the numbers of side effects reported and people vaccinated in clinical trials and in immunisation campaigns in Europe.

On Monday, an AstraZeneca spokesperson said the company was “working with national health authorities and European officials and look forward to their assessment later this week.” (The company refused to name the spokesperson.)

Is there precedent for a vaccine safety scare?

Past vaccine safety concerns have not usually been borne out by the evidence, though there are exceptions. In 1999, the first vaccine against the rotavirus infection that causes diarrhoea in infants was pulled off the market because it was found to increase risk of obstruction of the intestine.

But even unsubstantiated safety concerns have deflated public confidence.

After the Food and Drug Administration approved a highly effective vaccine for Lyme disease in 1998, media reports and a class-action lawsuit gave fuel to complaints from people who said they had developed arthritis after being vaccinated. In 2001, the FDA reconvened a panel of experts to review the vaccine’s safety data — clinical trials had turned up no difference in the frequency of long-term joint symptoms between the vaccine and placebo groups — and concluded that the vaccine should stay on the market.

But by then, public perception of the vaccine was too far gone: A steep drop-off in sales spurred the vaccine’s maker, GlaxoSmithKline, to pull the vaccine from the market in 2002.

What is the vaccine's status in the United States?

While more than 70 countries have authorized the vaccine, the United States has not. AstraZeneca has not yet applied to the Food and Drug Administration for authorization and is waiting for results from its U.S. trial that enrolled more than 32,000 participants.

An announcement from AstraZeneca about those results could come soon: The data from that trial are under review by an independent panel of experts, Dr. Francis Collins, the director of the National Institutes of Health, told Reuters on Monday.

Strong safety and efficacy results from that trial could go a long way in reassuring people about AstraZeneca’s vaccine, said Geoffrey Porges, an analyst for the investment bank SVB Leerink.

“But the longer this hangs out there, without a comprehensive review and without the US Phase 3 results, the more people are going to be concerned,” Porges said.