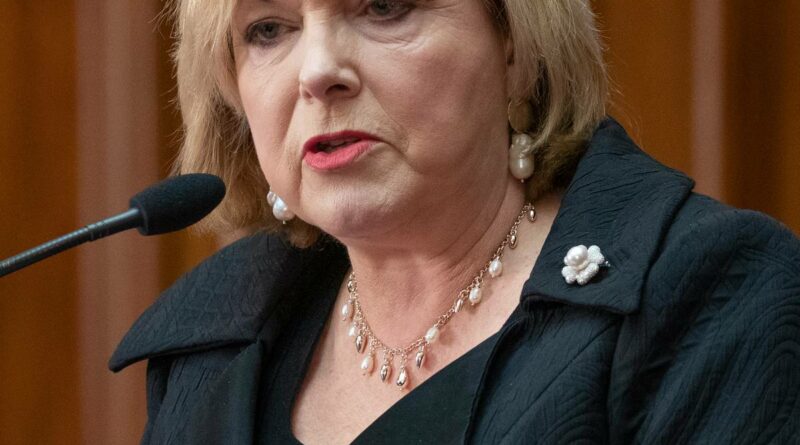 National Party leader Judith Collins has called one of New Zealand’s top microbiologists Dr Siouxsie Wiles “a big, fat hypocrite” over controversy surrounding Wiles’ trip to the beach with a friend during lockdown.

Footage circulating on right-wing websites shows Wiles and another woman sitting on the beach having a chat, without masks.

At one point the other woman goes for a brief swim as Wiles watches.

The top microbiologist, who’s been advising Kiwis on the pandemic response and has been a strong advocate for always wearing your mask outside, has been accused of breaching lockdown rules.

In an interview with Newstalk ZB this afternoon, Wiles explained that, while her friend did break the rules by going for a swim, she did not break any rules herself, as her friend is part of her bubble and she cycled the 5km from her house to the beach.

Wiles said she made a judgement call that she didn’t need a mask and was monitoring how many people were around her.

She told Heather du Plessis-Allan that the experience was a lesson that you had to be careful what you did in public because someone was always watching.

Asked about the controversy during a Zoom call, the opposition leader ripped into Wiles.

“I’m sick and tired of listening to her telling everyone else what to do.”

Collins also insinuated Wiles had broken the rules by visiting that beach, 5km from her home, saying “unless she ran there, and I doubt it, then she wasn’t exercising”.

Wiles has clarified that she did indeed ride her bike to the beach, which is a form of exercise.

“I’m sick of her telling us what to do and she’s not doing it… just do it,” Collins added during the Zoom call.

Asked about Collins’ description of Wiles as ‘a big, fat hypocrite’, a spokesman told the Herald the comment was a “well-known colloquialism” and had nothing to do with Wiles’ appearance.

On Collins’s comments, Wiles said she was “just surprised she has never heard of a bicycle”.

Wiles has said she and her friend had gone for a bike ride in their local area, which is permitted, and as they were outside away from others had taken off their masks to chat on the beach – also permitted.

“We all know that alert level 4 is hard, especially for those who live alone. A good friend of mine lives alone and was struggling a bit so I invited her to join my bubble.”

The two regularly cycle together anyway, and so continued through lockdown.

On the day of the video they cycled to Judges Bay and on the “near-deserted beach”, took off their masks and “had a chinwag”.

Wiles said she did accept her friend had broken the rules by swimming.

“It is clear my bubble mate did break the rules by going for a swim. She shouldn’t have done it, and I should have stopped her, but I am not her mum. It is, though, important people do stick to the rules.”

On Friday, director general of health Dr Ashley Bloomfield clarified it was okay under alert level 4 to cycle 5km from someone’s home with someone from their bubble and not be wearing a mask.

“The Prime Minister has earlier talked about, if you are keeping well away from other people and you’re undertaking exercise on the more vigorous side, yes that is fine.”

Bloomfield said he had been contacted by Wiles about the video, and after explaining her actions to him he agreed there were no rules broken by her.

Wiles said it was “disappointing” to have mistruths spread about her, but it was understanding people were feeling on edge at the moment.

“It is looking really good [for Auckland] and we are at that point where the cases are coming down and everyone has been doing their best. But we are just not quite there yet and everyone’s nerves are fraying a bit.”