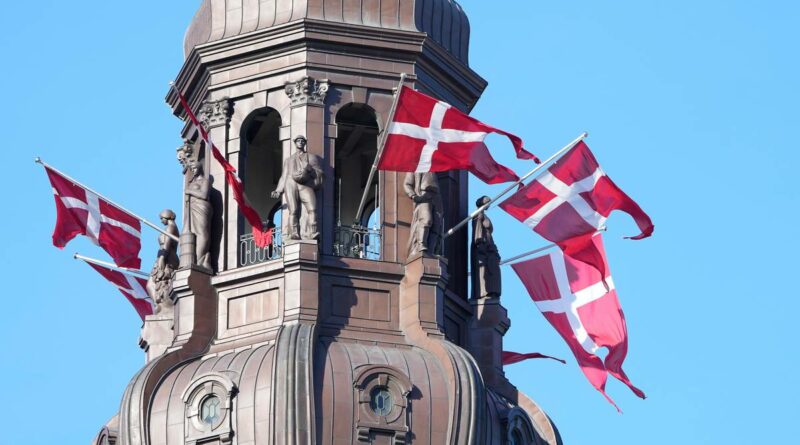 More than 41,000 positive tests for the virus were reported in the United Kingdom on Monday, September 6.

There has been talk of a “firebreak” at half term – a partial lockdown, perhaps. Schools are operating with twice-weekly testing, air-con and myriad hand gel stations.

The debate over who to vaccinate next rages: should it be a third, booster jab for the elderly or do we want 12- to 15-year-olds to line up?

Meanwhile Denmark, just a few hundred kilometres away, is not so troubled. In fact, for Danes, Covid is officially over, done and dusted.

On Friday September 10, the country will lift all its last Covid restrictions, with the Government having declared the virus “no longer a critical threat to society”, thanks to having vaccinated 72 per cent of the population (the UK is at 62 per cent and New Zealand is on 31.5 per cent).

“The epidemic is under control,” the health minister, Magnus Heunicke, announced last week, acknowledging the Government’s right to impose Covid-related powers was coming to an end.

Denmark, which on March 11, 2020, was the first country in northern Europe to bring in lockdown restrictions, is now the trailblazer in removing them.

And in doing so, the land of Lego could be teaching the rest of the world how to rebuild normality – even though the Danes are not claiming to have vanquished the disease, just to having found a way to live with it.

Their shift back to pre-pandemic life has been in the works for some months, with Denmark’s Government arguing that with about 95 per cent of vulnerable people, care home residents, and citizens over the age of 60 fully vaccinated, the country could tolerate higher infection rates.

At a Covid update last month, Prime Minister Mette Frederiksen, declared the vaccine “the super-weapon to beat them all”.

“Everyday life is fortunately back in most places,” said Frederiksen, “and we have the clear expectation that we can avoid major lockdowns in the future”.

That means at the end of last month, the Government announced plans to scale back its impressive testing infrastructure, with all rapid test sites to close by the end of September. It recently scrapped its one-metre rule, meaning there is no longer a need to keep seats empty in churches and cinemas.

From this week, school and daycare children will no longer even be automatically sent home if a classmate or teacher gets Covid. And as of this month, people sitting in bars and restaurants no longer need to show a valid Covid pass (called a coronapas), 2am closing times have been lifted, and full-scale music festivals are allowed. Even nightclubs, after being closed for 18 months, have reopened.

All this, despite the weekly number of people testing positive rising fivefold on the lows seen at the end of June.

“We are seeing little serious disease in Denmark,” explains Viggo Andreasen, associate professor at Roskilde University’s PandemiX Centre. “So there’s definitely an understanding among politicians and the public that this is not a threat to society.”

Despite the case rates, Denmark is registering only a few more than 10 Covid deaths a week, down from the more than 200 it suffered during the worst weeks of the pandemic this January.

The number of people being treated in hospital for Covid has doubled since the start of last month, with 123 patients on Tuesday.

“In the winter, we’re going to have a major epidemic in schools,” says Andreasen. “That’s not generally accepted, but the evidence is pretty clear, particularly within primary schools.”

He estimates now restrictions are being lifted, about half of those who have yet to be vaccinated – either because they refuse the vaccine, haven’t got around to getting it, or because they are under the age of 12 – will be immune through infection within six months.

But while in the UK the return to school has been filled with anxious calls for more masks, ventilation, testing and isolation, in Denmark the pressure on the Government is in the other direction. The centre-right Moderate party opposition, together with two other smaller parties, last week called for children who have come into close contact with a person confirmed to be infected with Covid to no longer have to self-isolate at home.

Currently, teachers and pupils between the ages of 12 and 16 are encouraged but not required to get tested every 72 hours by rapid test or every 96 hours by PCR, and there is no advice for upper secondary students to get tested. The encouragement for pupils to get tested is due to finish by the end of this month, however, and might now be removed even earlier.

Not everyone is happy with the change in attitude and approach. Danes have a high level of trust in national experts, but for many foreigners living in the country, the switch from a timely and precautionary response in the first and second wave to a more gung-ho strategy post-vaccination is alarming.

“Looking at hospitalisations and kids in hospitals internationally, it’s worrisome to me,” says Jonathan Bauer, an American who teaches English and art at a secondary school in Jutland, and whose wife is in a vulnerable group.

“The pandemic is not over and I was on the train this morning and it was packed. It just makes me very uncomfortable.”

Bauer keeps the door open in the two lessons a week when he teaches unvaccinated under-12s.

Future generations are at risk, complains an American woman living in Copenhagen, who is concerned about long Covid. “It seems unethical to say, ‘it’s okay for all of these young kids to get Covid as their way of building immunity’, and know that runs the risk that they may have permanent cognitive deficits.”

The woman, who wanted to remain anonymous to avoid angering her Danish in-laws, said she and her family had stopped eating inside restaurants and bars now that customers are no longer asked for valid Covid passes. Unlike almost all Danes, her family also wear the highest level of face mask when they shop or are in crowded indoor spaces.

At the WarPigs pub in Copenhagen’s Meatpacking District, manager Mads Snedevind says Covid passes were useful when Denmark was the first country in the world to introduce them six months ago.

“They kind of made everything seem normal. When you were sitting inside, you knew everyone was safe, but because you weren’t constantly seeing people in masks you could feel more normality,” he says.

At Jolene, one of Copenhagen’s wildest nightclubs, which has just reopened, owner Kristian Gotrik says the Covid passes haven’t been much of a burden; his bouncers already control who comes in, and punters are so used to flashing their coronapas phone app that the checks take no time. All the same, he won’t miss them when they go.

“It’s political nonsense,” he laughs. “The coronapas is a way of pushing people to the vaccine. It was such a hassle to go and get tested that you had to get vaccinated.”

Not all Danes are convinced the country has got its Covid strategy right, however. According to Andreasen, the concerns of Snedevind and the two Americans are not unjustified.

“The Danish strategy is putting adult, unvaccinated individuals at serious risk,” he says.

Letting the virus run free in schools could bring unexpected dangers, he adds, which is why he believes pupils who are close contacts of infected people should continue to be isolated and tested.

Back at the Meatpacking District, though, Snedevind is nervous. “We’ll see what happens,” he says. “I’m a bit scared that all the 20-year-olds are going to kind of go nuts in the clubs and ruin it for all of us.”