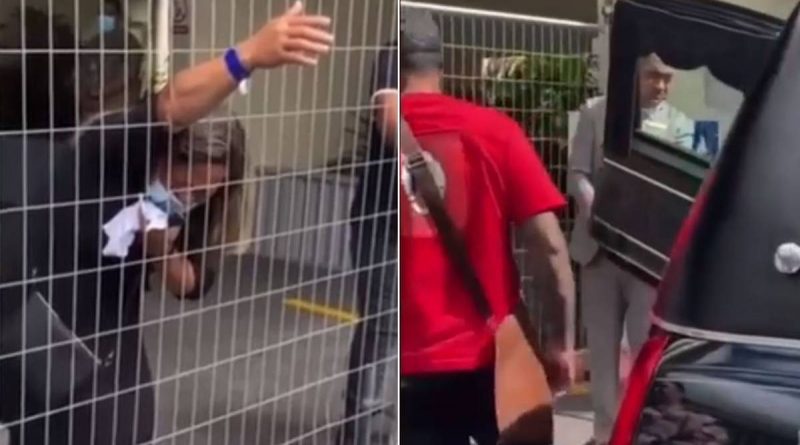 A woman captured in a video crying behind the gates of a managed isolation facility – as she reaches out towards a hearse carrying her late mother – is waiting to see if she will be able to have one last moment with her.

Tipene Funerals home shared the heartbreaking moment on its Facebook page, after the family gave them permission to do so.

Funeral director Francis Tipene told the Herald the daughter had arrived from Australia last Friday in a bid to visit her mother. However, the elderly woman died on Sunday.

“It’s hard for everyone, especially when people have come here to see loved ones – and they die when they are still in quarantine.”

Whether or not an exemption will be granted for the elderly woman’s daughter to come out of managed isolation for a short period of time is expected to be known by the end of today.

The elderly woman’s funeral is tomorrow. It is understood the funeral could not be held earlier for cultural reasons.

“I just hope she gets to give her mother one last kiss,” Tipene said.

The funeral home has already organised a plan to bring the elderly woman – who is at the family home – back to the funeral home for some time to allow her daughter in quarantine to see her even for a few minutes.

He said a room would be set out accordingly and the woman in managed isolation would have to wear full personal protective equipment during the visit – before the casket was then taken away for burial.

The room would then be fully sanitised and the woman returned to the managed isolation and quarantine facility.

The heartbreaking video has been widely shared on social media platforms TikTok, Instagram and Facebook, after a young relative shared it online yesterday.

A woman wearing a mask can be seen reaching out from behind the gates at a managed isolation facility.

She cries and calls out towards her mother, whose casket lies in a hearse just outside the gates.