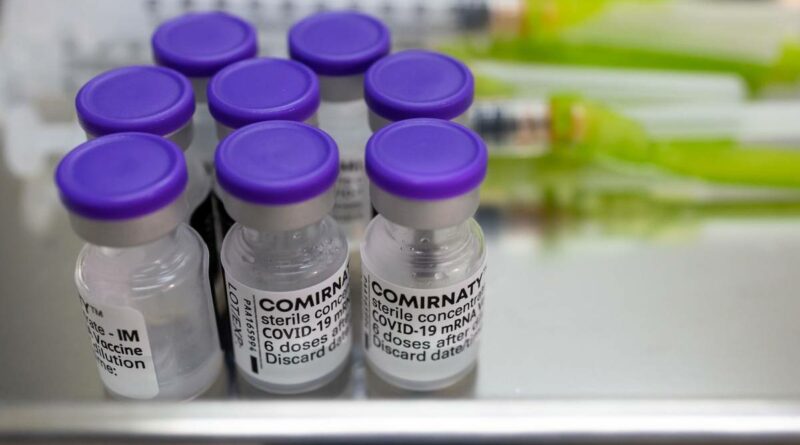 From today those over 55 will be able to book themselves in for the Covid-19 vaccine, five days ahead of schedule.

The Ministry of Health said people in the group who were not yet vaccinated did not need to wait for an invitation.

“It’s really testament to the way that district health boards, general practices, community pharmacies, and hauora, they’ve all scaled up their vaccination capacity.

“The booking system that we’ve got now allows us to see what capacity we have in the system, and we can look at that on a daily basis and where we see that we’re moving well through the previous age bands, then we’re able to open up this next stage band earlier.

He said with this level of uptake “it seems that New Zealanders are really embracing the vaccine”.

Bourne said there were more than 500,000 active bookings for people over the age of 60, and more than 950,000 total bookings active in the system.

“At this stage and with the evidence, we’re not entirely sure where herd immunity will be, but we’re pleased with the way we’re progressing.”

New research shows the best way of changing the minds of vaccine deniers is not to bombard them with facts but appeal to their sense of community.

Workshop co-director and researcher Jess Berentson-Shaw told Morning Report the focus should be on building trust around the vaccine rather than dealing with denial.

“When we spend a lot of time talking about vaccine denial is … we get the sense that it’s larger than it is as an idea.

“But what we know in New Zealand and Australia is that the group of people who believes that vaccines don’t work is relatively small and we want to keep that contained – it’s somewhere around 9 percent.”

She believed that number would get smaller as more people got vaccinated.

“Lots of people with hesitations will go on to get vaccinated.”

She said just laying out the facts did not build trust.

“They do feel more trust when you talk about why we get vaccinated for each other.”

She said the Pasifika vaccination festival in Wellington was an example of it.

“Our Māori or Pasifika communities who might have low trust in the system … there is ongoing work to ensure that they are leading in the vaccine space and the conversation … definitely more can be done.”

A nurse who convinced reluctant port workers to get the Covid-19 vaccine says it’s all a matter of explaining clearly how the injections will protect colleagues, friends and family from the virus.

Nearly half of port workers have not yet had their first dose of Pfizer and the Maritime Union wants more nurses like Bronwyn Robinson visiting sites to help allay fears and misinformation.

Robinson told Morning Report said it was important to relay the information in a language that people could understand without much jargon.

“But also making it relatable to them, having a relaxed kōrero around how it works with their work and what they do and who they would be protecting … how important it is.”

The most common concerns she found were “things like why was it made so fast, what’s in the vaccine, adverse reactions?”.

“They hear all sorts of different stories about what might happen, and then also just general understanding of how a vaccine works … just learning that different way that this vaccine works is beneficial.

“I find that younger people were probably more influenced by social media and find it hard to sort through all of that information, and then [the] older generation, it’s just not having received the information in the manner that they’re used to.”