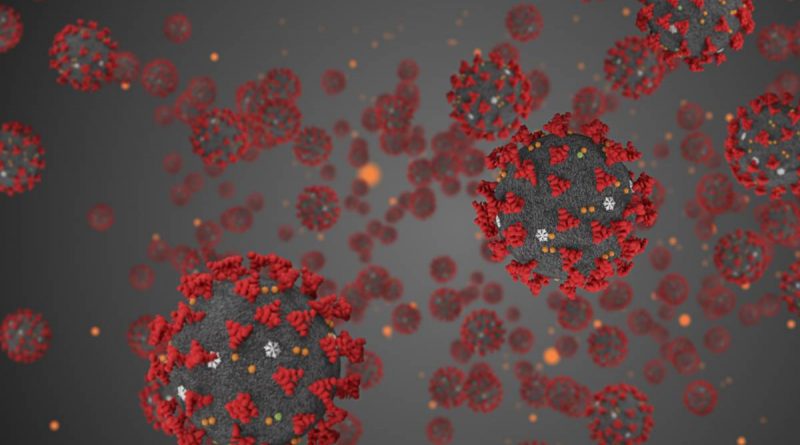 Pinning down the source of the latest Covid-19 community outbreak in Auckland is key as to whether another lockdown is needed, a leading epidemiologist says.

Health Minister Chris Hipkins today announced three new community cases after a teenager and her parents tested positive. The daughter goes to Papatoetoe High School, which will be closed tomorrow and Tuesday.

Hipkins said there were still “gaps in our knowledge” around the new cases but confirmed the woman works at LSG Sky Chefs in Māngere in the laundry and also preparation of food.

Two members of the family went to Pak’nSave Manukau on Friday, February 12 and they also visited various, and as yet unknown, locations in New Plymouth on Waitangi Weekend.

Hipkins said further information about the family’s movements would be released later today, but in the meantime epidemiologist Professor Michael Baker says there was currently cause for concern as it was yet unclear where the source of the outbreak stemmed from.

Baker said it was likely the family were contagious when they were in New Plymouth as the incubation period alone was “typically five or six days”.

“Then people are infectious a couple of days before that so it’s possible that she was quite infectious a week ago but this will all start to come out with time.

“The thing that concerns is not so much the contacts of these cases it’s much more about where they got infected from because that’s the difference between a very manageable border failure case and the much tougher community outbreak like the August one in Auckland.

“It’s much tougher if you don’t know the chain of transmission and therefore you don’t know who is out there andyou don’t have an immediate way of identifying them you just have to wait for people to get sick and be tested.”

Baker said that was when authorities had to begin looking at a lockdown and the alert level system to help try and suppress the transmission “to the point that it doesn’t get out of control”.

“I’m in no way suggesting that we will need to go up the alert level system but until we have more information this will be going through the minds of our leaders at the moment whether we have to do that.”

Asked if he was slightly concerned about the latest community cases, Baker responded, “oh yeah, definitely”.

“It would be on many people’s minds, there is a spectrum and this definitely includes the more worrying possibility of community outbreak where we don’t really know the extent of it.

“It would be much easier if she was a frontline border worker and had regular contact with returning travellers then you’d feel there was quite a plausible mode of transmission into that household.”

Baker said the fact the mother works at a facility looking after food and laundry connected with travel, doesn’t actually provide a mode of transmission.

He said out of the millions of confirmed cases around the world, there were currently none where someone picked up the virus from a surface.

“It could be entirely co-incidental. There aren’t any documented examples, as far as I know, fomite [surface] transmission.

“The virus is predominately transmitted with respiratory droplets and aerosols in the air but as far as I know there are no documented examples of the virus being transmitted from surfaces so people touching door handles or other things even though there was an obsession early on with sterilising everything or decontaminating it.”

Baker said the current cases currently sat in the middle of the more current, and frequent, border work outbreak and the more concerning August Auckland outbreak which to this day remained unknown as to how it was caused.

“So they’re obviously much more serious because you’re looking at the iceberg problem; you’re seeing some cases but beneath that there are cases that you can’t see yet an there are chains of transmission that aren’t apparent.

“That’s a kind of outbreak that is much more worrying and you have to manage it much more decisively because yo don’t know the extent of it.”

A possible, and hopeful, scenario was that the woman had contacts who worked in MIQ facilities or she may know people who have direct contact with arriving passengers.

“If they find this family is infected with a lineage of the virus that corresponds with people who have gone through MIQ that would be extremely helpful because you could reconstruct what’s happened.

“This is the big question mark at the moment. Is this more like the sequence of border failures that we’ve had or is it more like the Auckland August outbreak. So, really that will only become clearer in the next day or two.”

Associate Professor Siouxsie Wiles, University of Auckland, agreed the new outbreak was in a strange zone of the unknown as there was no clear link to a border or MIQ worker.

However, there was the possibility that she knew someone who was and had contact with them while infectious.

It was also a positive that all three cases were in the same family and not in the community.

“There is a potential link to the border through the mother’s workplace so that is another positive but… because it is not a direct [border] link, it’s a little sort of more of a stretch I guess so there are other potential ways that the family could have got infected. So that could be positive, could be negative.”

“The thing we don’t yet know is what variant of the virus it is. Is it one of the earlier, less infectious ones or is it more of the infectious ones and hopefully we will find that out today and that will tell us how fast we have to slam our feet on the brakes.”

As the Government gathered the various bits of information, it helped them determine whether, if at all, it needed to change alert levels.

“We’re just in this really awful kind of period at the moment where all the information is being gathered as to what’s the best approach to take.”

As for the trip to New Plymouth, she said the risk was “on the cusp” but she was pleased to see a cautious approach being taken.

“Again, it’s kind of on the cusp of whether that’s an important factor or not.”
She said as people waited for further information about the cases they could use that time to work out their movements over the past week or so.