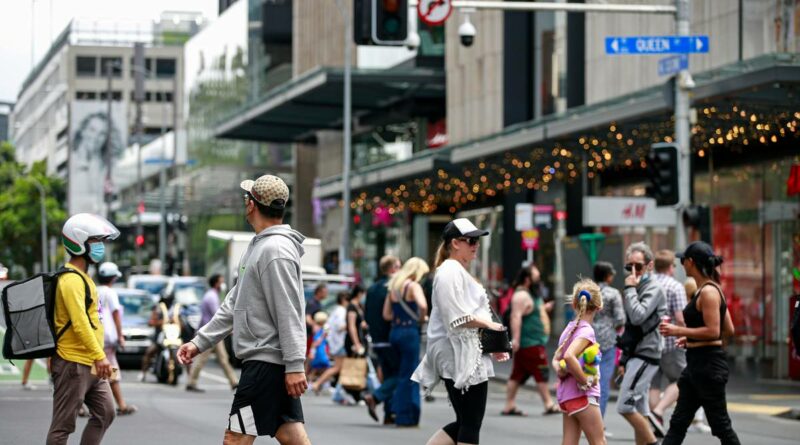 Seemingly inconsistent advice from health officials to Covid contacts does not imbue hope we are prepared for Omicron’s inevitable arrival in the community.

Confusion about the length of isolation spawned after UK music artist Robert Etheridge, better known as DJ Dimension, infamously broke self-isolation rules on December 26 by entering the community before his final test result had returned.

Unaware he was positive with the highly transmissible Omicron variant, Etheridge had drinks with neighbours on Waiheke Island before visiting multiple Auckland hotspots including a nightclub and bar, restaurants, and a jewellery store.

The number of contacts linked to the various exposure events totalled about 100 as at December 30.

Among them were a variety of international and Kiwi artists who – like Etheridge – had to pull out of performing at festivals after discovering they’d become close contacts.

Many of the above were understood to have become contacts after attending the nightclub Impala, between 11pm and 3am.

Health advice at the time was for close contacts to isolate for 7-10 days with a test at day 5 or immediately if showing symptoms.

An issue arose when it came to light a raft of those same DJs had been granted leave from isolation after seven days to play a festival on January 3, while other Impala-linked contacts either hadn’t been signed off or had been told they must isolate longer.

Ministry of Health guidelines say isolation periods differ depending on your vaccination status and what type of contact you are. If unvaccinated, close contacts would have been in isolation for the full 10 days.

However, fellow Impala contacts – who were vaccinated – told the Herald they were surprised to learn the DJs had left isolation when they hadn’t heard anything about their own release.

One contact said he’d be told by a health official that he would be signed off on his eighth day of isolation, but hadn’t been given a reason as to why it was a day later than others.

“It was pretty ambiguous when you’re hearing one thing from outside and then you see other people released,” he said.

Another contact was reportedly told they needed to stay isolated for the full 10 days despite being vaccinated.

It was a point raised by Act Party leader David Seymour, who appeared to claim DJs were being given special treatment – something which has not been substantiated.

Further inquiries with the Ministry revealed isolation periods are often determined based on a contact’s interview and the nature of exposure – giving a less than satisfactory explanation as to the variance in this instance.

Regardless, the experience presents a problem with how we might be able to manage the scores of contacts an Omicron outbreak would bring.

If public health officials aren’t able to implement a clear and consistent isolation framework for virus contacts, confusion will reign – likely leaving people fed up and ready to enter the community when they should be isolating.

Like many of New Zealand’s potential super-spreader events, we were lucky this time – presuming an outbreak isn’t currently evading the detection of health officials.

But as we saw on August 17, our luck does run out and we need to be prepared for when it happens again.

Experts have already deemed New Zealand not ready for an Omicron outbreak, pleading with the Government to learn from the likes of New South Wales in Australia, where insufficient preparation left them well behind the eight ball.

The key will be whether those in power on this side of the ditch heed these warnings before it’s too late.