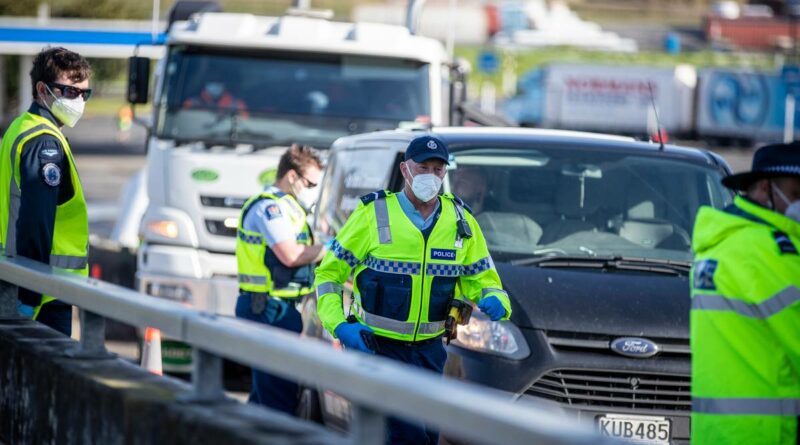 As people in the Waikato region prepare to go into Covid alert level 2 tomorrow, there are fears among some that the move is too early.

More businesses, restaurants, cafes and bars will be allowed to open under the new alert level, which officially comes into effect just before midnight tonight – ending six weeks of lockdown for the region.

But Covid-19 modeller Professor Michael Plank says the move is a “big jump” and warned there was still the potential for the Delta strain of the virus to spread outside of the region, given there are no border restrictions around Waikato.

From a health point of view, he would have preferred to see the region move through the alert level 3 phases, rather than go straight to level 2. But there were trade-offs and it was a difficult decision, he said.

He said he was “just a bit nervous” about his district moving to level 2 tomorrow, given its vaccination rates were significantly lower than the national and Waikato averages.

“The coming weeks will be a real measure of the impact on our community so care and sanitation are now more important than ever,” he said on Facebook.

“For the sake of our mental health and local businesses the need to create more freedom is absolutely necessary, we just have to be careful.”

Auckland border on track to open early next month

The Government is due to review Auckland’s current setting on Monday, November 22.

Mayor Phil Goff said officials were pleased with the good progress the city is making with vaccination numbers and believed the border could be open in early December.

Prime Minister Jacinda Ardern has previously said the bottom line for her is that Aucklanders could travel over the summer.

Goff said he was looking forward to that as he has two grandchildren in the Waikato, he told Three’s AM Show.

He acknowledged it was tough as they opened the border up to Aucklanders “and guess what, they take Covid with them”.

“You just cannot keep a third of your country locked down forever.”

He said businesses out there, such as those in the hospitality sector, were “just on the edge” and while the country needed to open up, it had to be done safely.

Ireland had lost 5000 people and a lot more had suffered long Covid.

The Government was not there trying to punish us – it was trying to maintain the balance of trying to keep people safe and giving us back the freedoms we are all keen on, he said.

“I think that balance will be that by early December, we will be able to travel.”

How to stop the spread of Covid

To slow the spread of Covid, he thought they might look at spot checks and those who were not double vaccinated or produced a negative test could face a hefty fine.

Goff said it had been tough on a whole lot of people and his thoughts were with people who were not able to work or had not been able to attend weddings or funerals.

They had tried and failed to stamp Delta out so the alternative was to live with it safely by getting vaccinated and following the protocols, he said.

The big concern he had was having the health system overwhelmed.

“We’ve got 90 people in hospital at the moment, maybe 10 or so in ICU – we are coping with thatbut if that number were to double or treble, then it puts real pressure on our system and not just for those who have Covid, but those who are displaced who would otherwise be getting hospital care and operations that can’t get it.

“So that’s the fine balancing act. Keeping us safe, stopping our hospitals from being overwhelmed, but giving us our freedoms back because you can’t lock us down forever.”