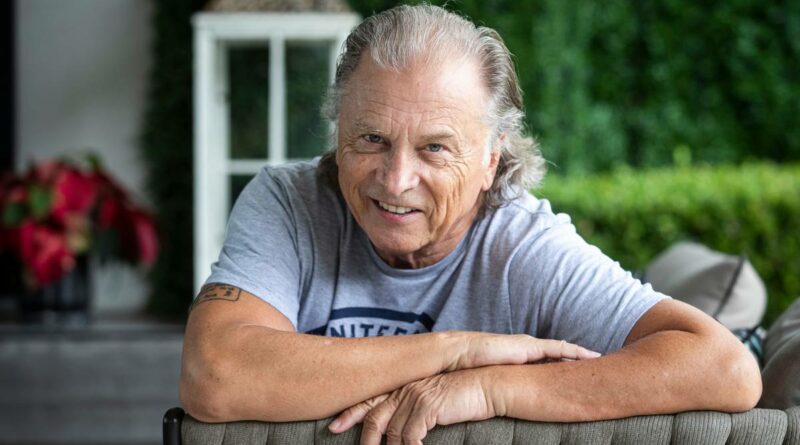 A richlister who won the right to travel to the US by private jet then self-isolate at this Herne Bay home has been “inundated” with requests for assistance from Kiwis trapped abroad by the MIQ system.

But Auckland businessman Murray Bolton says New Zealanders desperate to get home are still facing “obstinate bureaucracy” from officials unwilling to acknowledge the reality of the virus.

“The stories are heart-breaking. There are so many accounts of personal loss brought about by this broken system, the furthest thing you would ever expect to see from the kind of society we like to think New Zealand is.”

Bolton, 73, is the director of US-based company Xplor Technologies and his wealth is estimated to be more than $500 million.

He applied for an exemption to fly by private jet to Boston this month to attend an important board meeting before the firm listed on the New York Stock Exchange.

He did not have an MIQ spot through the Government’s lottery system so wanted to self-isolate at his home when he returned, subject to normal monitoring and testing.

His application was rejected by the Ministry of Business Innovation and Employment (MBIE), so Bolton hired a crack legal team who successfully challenged the decision in a judicial review, arguing the MIQ system was in breach of the Bill of Rights.

After the legal victory Bolton vowed to help others stranded by the MIQ requirements, which have been labelled redundant nowCovid-19 is spreading freely in the community and infected individuals are allowed to isolate in homes.

“My lawyers have been absolutely inundated with requests for assistance from people from all walks of life, both trapped in New Zealand and overseas,” Bolton said today.

“A number of people clearly have grounds for self-isolating on their return which fit with the purposes of the Government’s health orders and the law as outlined by the High Court in its decision on my judicial review. But they are still facing an obstinate bureaucracy that refuses to acknowledge the law or the reality of the virus in New Zealand.”

Bolton said he had already agreed to fund legal advice for a number of people who were navigating the MIQ exemption system through his lawyers, Martelli McKegg, who were working as quickly as possible to provide assistance.

“I have also shared my extensive investment in legal research on this issue with numerous people bringing their own actions, including Grounded Kiwis.

“Let’s call this situation what it is: obscene.

“Scarce room spaces and our overstretched health workforce are tied up babysitting perfectly healthy returning New Zealanders, while hundreds of vulnerable Aucklanders battling Covid are left to fend for themselves.”

Bolton, who spent hundreds of thousands of dollars funding the legal challenge, flew out several days ago and is in Boston now attending the board meeting.

He said there were currently 1382 Covid-positive New Zealanders isolating at home.

“And we know now that many are falling through the cracks, isolating in garages or cars, or suffering with severe symptoms but unable to get the attention of the health services.These stories are appalling, and particularly unforgivable with the resources being wasted on MIQ.”

Every Kiwi who had contacted Bolton’s team for help was double vaccinated, but had to endure multiple lotteries, leaving thousands “disappointed and hopeless”.

“I also heard about people’s incredible business innovations and opportunities for the New Zealand economy, to keep going against the tide of the pandemic or to push forward into new frontiers.

“But MIQ means business people are unable to get out of New Zealand. Others, who left in order to keep their businesses alive overseas, have been stuck outside the border and unable to get back for more than six months. Many of these people have empty homes sitting in New Zealand that they can easily and safely self-isolate in and be no burden whatsoever to the health system.”

Bolton said MBIE had not made any amendments to its website to reflect the outcome of the judicial review decision, and was still “rejecting out of hand plainly eligible exemptions”.

“They are living in denial and trying to keep New Zealanders in the dark about their rights.”

Earlier this month MBIE’s joint head of Managed Isolation and Quarantine Chris Bunny saidin view of the judicial review decision, the department was reviewing its decision-making process for exemption applications.

The review would focus on future applications and was not retrospective.

National has called for the MIQ system to be scrapped in a petition that has more than 50,000 signatures.

The Government has signalled changes are coming and some returnees will be able to self-isolate at home from early next year.