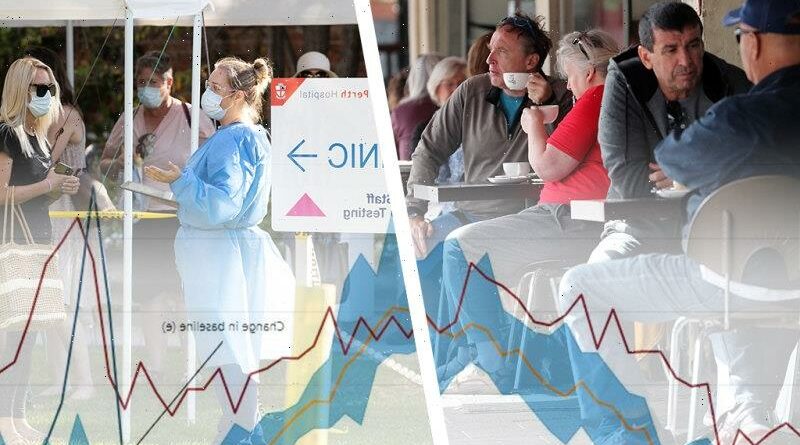 The West Australian government has cut the time a person can be reinfected with COVID-19 from three months to just four weeks as authorities warn of a potential surge in cases over winter.

The new advice comes from the Australian Health Protection Principal Committee and follows the detection of an increasing number of BA.4 and BA.5 Omicron variants in the WA community. 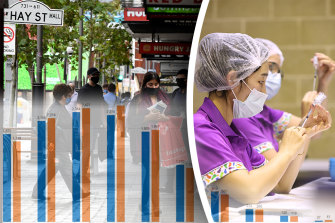 COVID infections are expected to spike this winter, with authorities revising the reinfection period down to four weeks.

Chief Health Officer Dr Andy Robertson said the sub-variants represented more than 50 per cent of new cases in the state, with nearly 1 million people having already had the virus at least once.

“BA.4 and BA.5 are making up an increasing percentage of our cases, rising to more than 60 per cent of cases in the last week,” he said.

“This means that people who have had COVID-19 should again get tested and isolate if they have symptoms more than 28 days after recovering from COVID-19.”

The state government is yet to clarify if a recovered case will remain exempt from being considered a close contact for 12 weeks post-infection, or whether this will also be revised.

Currently, close contacts must only leave home for essential reasons, such as work and school, and return a daily negative rapid antigen test.

From Monday, people older than 30 will be eligible to receive their fourth dose, or “winter booster”, with Robertson warning of a third wave.

“In our previous peaks, we had an initial peak of around 10,000 and then a further peak of around 17,000, so it’s probably going to be in that sort of ballpark,” he told ABC Radio Perth.

“It may look similar to our previous wave. We could get significant increases in the number of cases we’re having and, unfortunately, that will flow into the [number] of people in hospital and, potentially, in ICU.”

Australian Bureau of Statistics data shows to the end of May, 83 West Australians had died this year due to COVID-19. The figure represented just 1.5 per cent of overall COVID-related deaths across the country.

There are currently 34,000 people isolating with COVID-19, with the daily new cases hovering around 5000 in recent weeks.

Premier Mark McGowan has confirmed he will not mandate the fourth jab, but authorities still encouraged people to stay up to date with their vaccinations.

He also said it was too early to comment on whether a third wave would lead to any changes in the state’s pandemic response.

“We’ll monitor that as it goes along, the thing about COVID is you don’t know what’s going to happen so we’ve had very good outcomes so far by world standards, we’ll continue to monitor and if we get advice to do anything differently, then that’s what we’ll need to do,” he said.