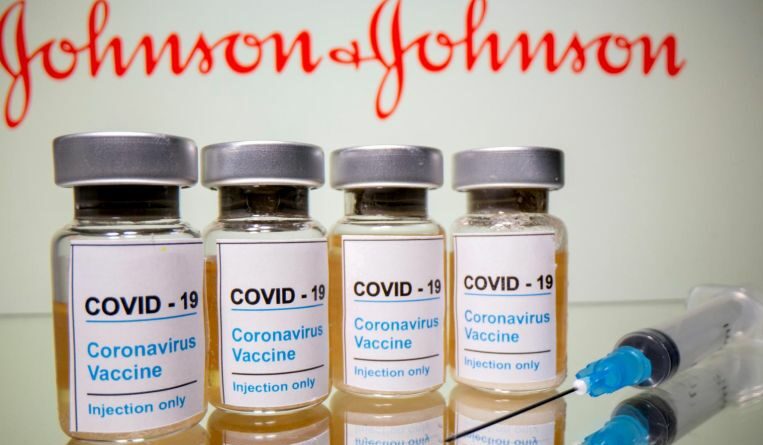 WASHINGTON (NYTIMES) – Johnson & Johnson’s Covid-19 vaccine was supposed to be one of Africa’s most important weapons against the coronavirus.

The New Jersey-based firm agreed to sell enough of its inexpensive single-shot vaccine to eventually inoculate a third of the continent’s residents. And the vaccine would be produced in part by a South African manufacturer, raising hopes that those doses would quickly go to Africans.

That has not happened.

South Africa is still waiting to receive the overwhelming majority of the 31 million vaccine doses it ordered from Johnson & Johnson. It has administered only about 2 million Johnson & Johnson shots. That is a key reason that fewer than 7 per cent of South Africans are fully vaccinated – and that the country was devastated by the Delta variant.

“It’s like a country is making food for the world and sees its food being shipped off to high-resource settings while its citizens starve,” she said.

Many Western countries have kept domestically manufactured doses for themselves. That was not possible in South Africa because of an unusual stipulation in the contract the government signed this year with Johnson & Johnson. The confidential contract, reviewed by the Times, required South Africa to waive its right to impose export restrictions on vaccine doses.

Mr Popo Maja, a spokesman for the South African health ministry, said the government was not happy with the requirements in the contract but lacked the leverage to refuse them.

“The government was not given any choice. Sign contract or no vaccine,” he said.

Johnson & Johnson had always planned for some vaccines produced by Aspen to leave Africa, but it has never disclosed how many doses it was actually exporting. The export records reviewed by the Times show that Johnson & Johnson had shipped 32 million doses in recent months, although that does not capture the full number that have left South Africa.

Critics say the shortfall in South Africa partly reflects a power imbalance between a giant company and a desperate country.

“The disproportionate amount of power that Johnson & Johnson has exercised is really concerning,” said Ms Fatima Hassan, a human rights lawyer in South Africa. “It is harming our efforts to get speedy supplies into the system.”

The picture is bleak across the continent. While several African countries received small initial shipments of Johnson & Johnson doses last week, they are a sliver of the 400 million doses the African Union has ordered or has the option to order for its member countries. About 2 per cent of Africans are fully vaccinated.

Johnson & Johnson’s chief scientific officer Paul Stoffels said the Aspen plant is part of a production network in which vaccines are routinely shipped between countries for manufacturing, quality inspection and delivery.

“We have done our best to prioritise South Africa as much as we can,” said Dr Stoffels. He noted that Johnson & Johnson early this year provided about 500,000 doses to vaccinate South African health care workers. He said the Aspen plant would exclusively supply doses to African countries later this year.

Aspen is responsible for the final stage of vaccine production, a process known as “fill and finish”. The company receives mass quantities of the vaccine, bottles it into vials and then packages it for final inspections and delivery.

Some of Aspen’s doses were never used because of worries they might have been contaminated at the Baltimore plant that handled their first stage of production, according to Johnson & Johnson and Aspen executives. The problems at that plant, run by Emergent BioSolutions, wreaked havoc on Johnson & Johnson’s vaccine supplies, leading the company to fall behind on orders all over the world.

Aspen’s chief executive Stephen Saad blamed the lack of South African doses on the Emergent plant. He said Aspen cannot control where its doses are sent, but “I would have liked to see it all go to Africa”.

Aspen is now finishing doses that were made at a plant in the Netherlands, with 40 per cent of those doses going to Europe and the remaining 60 per cent to Africa through the end of September.

Previously, the plan was for only 10 per cent to go to the continent, but the European Union agreed to change the distribution in the light of South Africa’s crisis, said European Commission spokesman Daniel Ferrie.

South Africa’s vaccination campaign has accelerated in recent weeks, thanks largely to Pfizer doses ordered by the government and shots donated by the United States. But only about 4 million of the country’s 60 million residents are fully vaccinated.

That left the population vulnerable when a third wave of cases crested over the country.

At times in recent months, scores of Covid-19 patients at Helen Joseph Hospital in Johannesburg were waiting in the emergency department for a bed, and the hospital’s infrastructure struggled to sustain the huge volumes of oxygen being piped into patients’ lungs, said Dr Jeremy Nel, an infectious disease doctor there.

“The third wave, in terms of the amount of death we saw, was the most heartbreaking, because it was the most avoidable,” Dr Nel said. “You see people by the dozens dying, all of whom are eligible for a vaccine and would’ve been among the first to get it.”

Critics say South Africa’s government shares blame for the low rate of vaccinations. Early on, the government relied on a United Nations-backed clearing house for vaccines that has fallen behind on deliveries. South Africa was slow to enter negotiations with manufacturers for its own doses.

In January, a group of vaccine experts warned that the government’s lack of foresight could cause “the greatest man-made failure to protect the population since the Aids pandemic”.

Johnson & Johnson’s deal with Aspen was announced in November. Aspen’s facility in Gqeberha, on South Africa’s southern coast, was the first site in Africa to produce Covid-19 vaccines. Other companies subsequently announced plans to produce vaccines on the continent.

The Johnson & Johnson vaccine became even more important in February when the results of a clinical trial suggested that the vaccine from AstraZeneca offered little protection from mild or moderate infections caused by the Beta variant that was circulating in South Africa.

Weeks later, Johnson & Johnson and the government signed a contract for 11 million doses. South Africa ordered another 20 million doses in April. That would be enough to vaccinate about half the country.

South Africa agreed to pay US$10 (S$14) per dose for the 11 million shots, according to the contract. That was the same price that the US paid and slightly more than the US$8.50 that the European Commission agreed to pay.

The South African contract prohibited the government from banning exports of the vaccine, citing the need for doses to “move freely across national borders”.

Mr Maja said that without that stipulation, the government might have stopped vaccine doses from leaving the country.

But the requirement put South Africa at a disadvantage compared with other places that were producing Covid-19 vaccines.

The European Union introduced export controls this year to conserve scarce supplies. India halted exports produced by the Serum Institute, which was supposed to be a major vaccine supplier to poor countries. In the US, officials said they did not ban exports, but they did not need to. The combination of the extensive vaccine production on American soil and the high prices the US government was willing to pay meant that companies made the delivery of shots for Americans a priority.

The company has so far fallen far short of those goals. As of the end of June, South Africa had received only about 1.5 million of the doses from its order. The small number of doses that have been delivered to the African Union were on schedule.