Britain’s most senior police chief today hit out at how officers were used as a backdrop for a political speech by Boris Johnson.

The Prime Minister was slammed for the Trump-style tactic of using West Yorkshire police officers as a background for a speech in which he lashed out at Jeremy Corbyn this month.

The force’s chief constable has since criticised Mr Johnson, saying he thought his officers would only be used when the PM was announcing a new recruitment drive, and not for party political comments.

Cressida Dick, the Commissioner of the Met Police, today added her voice to those criticising the move,  which she described as ‘unfortunate’ and ‘problematic’. 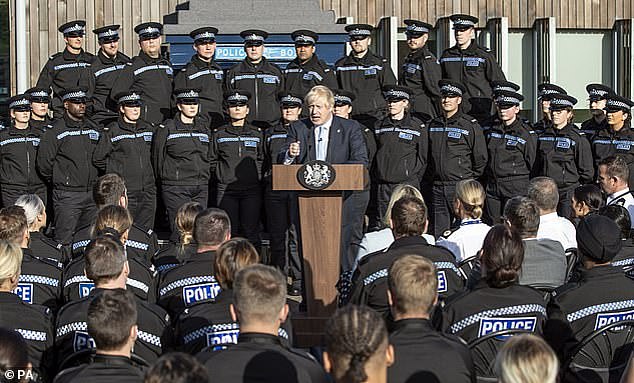 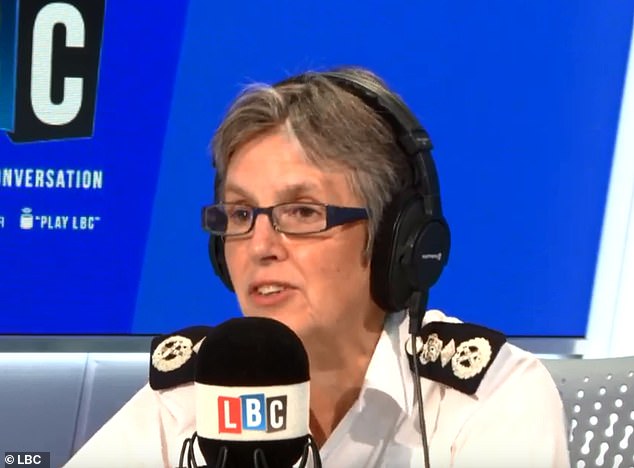 She told LBC radio: ‘I do think frankly it was a rather unfortunate image for all concerned.’

She added: ‘To make a highly political speech in front of police officers does seem to me to be rather problematic on all sides. How it happened, I don’t know, but I’m sure everybody wishes it hadn’t.’

Ms Dick did however insist that police do need to welcome politicians to meetings so that they can tell them the problems they face and lobby for more resources.

On the subject of the recruitment drive, the Met chief said she hopes to get 6,000 officers for London and believes they have the capacity to recruit them quickly.

She said it takes about two years for an officer to be fully trained, but they could be out ‘doing good things’ relatively quickly.

Following Mr Johnson’s speech this month, John Robins, the chief constable of West Yorkshire Police, said it had been his understanding that his uniformed cadets would be involved in an event focused ‘solely’ on the government’s drive to boost police numbers. 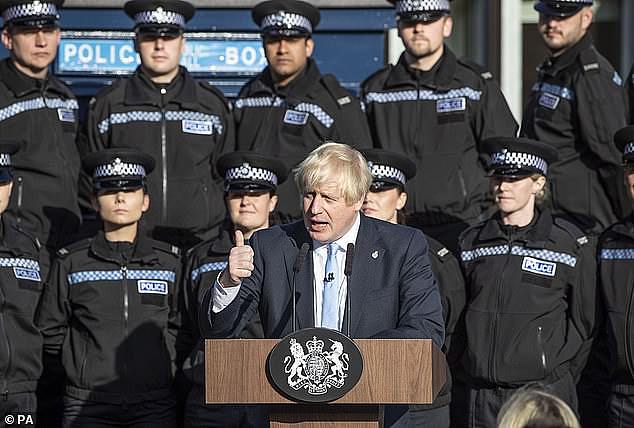 Mr Robins said he was ‘disappointed to see my police officers as a backdrop to the part of the speech that was not related to recruitment’.

Labour responded with fury to the use of the police for what the party claimed was a ‘political stunt’.

John Apter, the national chairman of the Police Federation of England and Wales, led the criticism of the premier as he said he was ‘surprised’ that officers had been used ‘for a political speech’.

He said: ‘I am sure that on reflection all concerned will agree that this was the wrong decision and it is disappointing that the focus has been taken away from the recruitment of 20,000 officers.’