The huge tremor was registered this afternoon at around 2pm. It is not known the level of damage or injuries on the island, which is one of Grece’s biggest. There has also yet to be any word on tsunami warnings. However, earthquake expert Christoph Gruetzner wrote on Twitter: “Wow, big #earthquake offshore in Crete. @LastQuake says M6.5. Perhaps a rather shallow thrust. Likely no damage or tsunami.”

The earthquake was recorded at a depth of between 10km and 16km below ground level in the Mediterranean Sea.

Estimates suggest the quake was centered around 90km south of the Greek island, which is a popular holiday destination.

Twitter reports suggest the quake was felt as far away as Albania, with some claimig to have felt it in the Middle East. 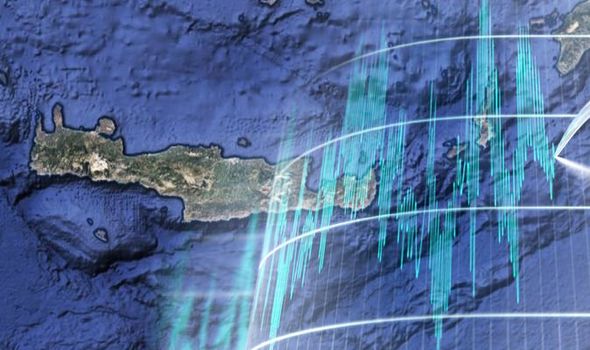 More to follow. This is a breaking news story. Refresh for updates