Criminal family member, 45, who a kept a homeless man ‘prisoner’ and forced him to work a SLAVE while living in a squalid caravan is jailed for 11 years 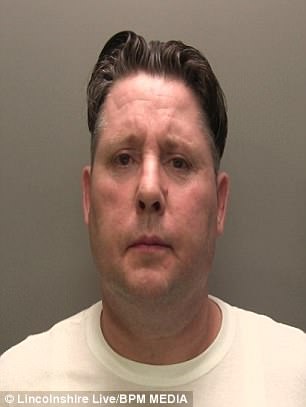 A member of a criminal family who kept a homeless man as a slave has been jailed for 11 years.

Joseph Rooney, 45, from Lincoln, was found guilty of conspiracy to require persons to perform forced or compulsory labour and two assaults at Leicester Crown Court today.

He lured a 55-year-old homeless man who was living underneath a railway bridge and kept him as a prisoner. He tried to escape after two weeks but failed, but failed, and was kept as a ‘prisoner’ for a number of years.

Members of the Rooney family threatened to break his legs if he tried to escape and even left him with a broken nose after being punched for being late back from a medical appointment.

He was kicked so hard in the groin on one occasion that he was sick and he was even run over by Joseph Rooney on another occasion, sending him flying into the air.

‘Joseph promised this man that he would be looked after, clothed and fed.

‘He was taken to the Washingborough caravan site but tried to leave when he realised these were empty promises and that living conditions were shocking. 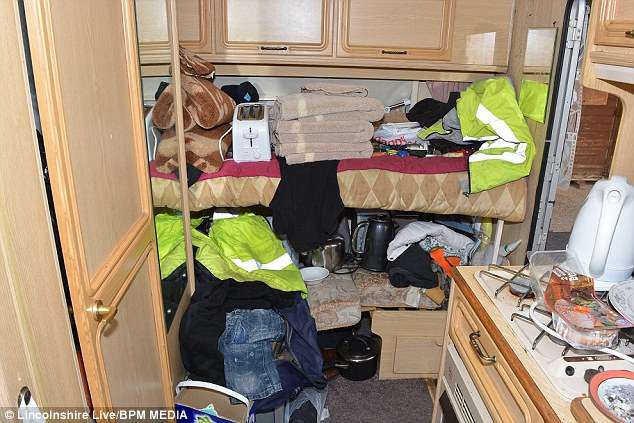 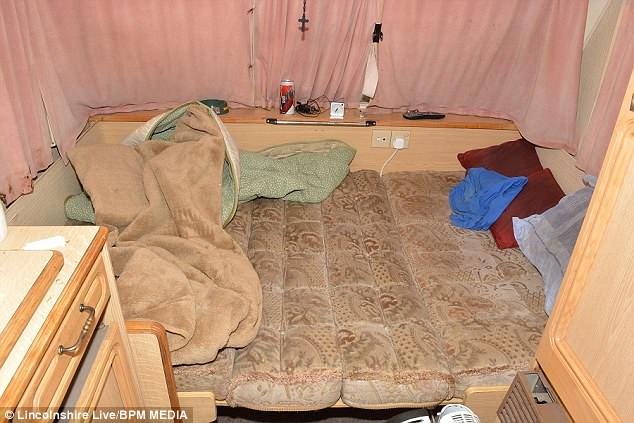 ‘However, this man was physically stopped from doing so by the Rooney family and threatened that his legs would be broken if he tried again.’

The victim had his money taken away from him and his personal account was taken over by the family, who used it to bank cheques.

He was also given a daily allowance of £10 a day and given a bottle of cider and fed just once a day.

Chief Superintendent Nikki Mayo added: ‘He was only allowed off the caravan site on his own for medical appointments but had to return by a set time or risk verbal or physical abuse.

‘He finally managed to escape only to be discovered by Joseph Rooney who punched him and attempted to get him to return to the Washingborough site. 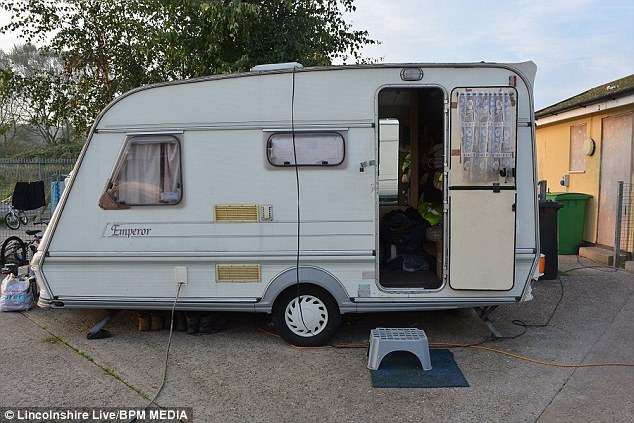 The caravan which the homeless man lived in on Washingborough site ‘This attempt was thwarted when a member of the public intervened and called the police.

‘The victim was made to work for long hours tarmacking, working on driveways, tidying the site and running errands.

‘On one occasion, he was taken to Scotland and was sharing a dilapidated and filthy caravan with another ‘worker’ who was dependant on alcohol.

‘His alcohol was withdrawn, leading him to start drinking screenwash and the victim woke up one morning to find his companion was dead.

‘This may be the last conviction for our Operation Pottery investigation but we will continue to tackle modern slavery in Lincolnshire and get justice for victims.’