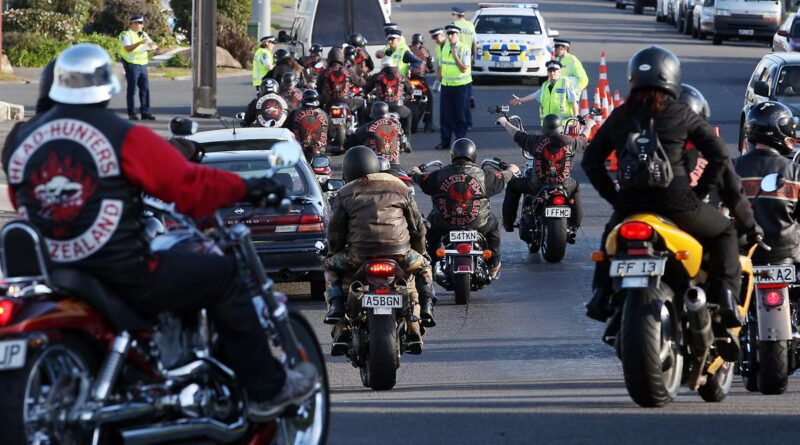 There are more gang members in the Bay of Plenty than anywhere else in New Zealand, police figures show.

Gang Intelligence Centre (GIC) records of the National Gang List (NGL) show there were 1493 gang members in the Bay of Plenty last month.

However, a gangs expert says the numbers shouldn’t be taken at face value and police agree, saying they don’t come from a definitive list but they acknowledge a local increase in numbers.

“What’s depressing for our region and Tauranga is we’ve got the highest number of gang members in New Zealand,” Bridges said.

“This is a crisis … what worries me greatly is that we’re becoming numb to this and it’s becoming normalised.”

Bridges said reform from gang members from the inside out like the work of Karl Goldsbury and ‘Baldy’ locally were key but police needed to get out and harass gangs.

“Police will tell you they have a gang unit and that’s true but that’s as far as it goes. It needs to be significantly beefed up,” he said.

“Part of the answer is getting out and harassing gangs. That helps keep the numbers in check and if you don’t, that 1500 number will be 2000 in not too long.”

Bridges did not blame the police for the increase, citing a lack of resources to step growth.

“We have to be very careful stating them as fact because they’re likely to be highly inaccurate. It’s very easy to get on [the list] and very difficult to get off,” he said.

“That’s not to say there isn’t been growth in the scene because there is but these exact figures give the impression we are more certain about the percentage growth than we are in reality.”

Police Minister Poto Williams said the NGL was only one tool among a range of others helping to enable agencies to understand gang-related harm.

“We recognise that the number of gang members on the list is increasing, however, it is important to note that it is an intelligence tool that needs to be utilised in conjunction with other qualitative and quantitative information.”

Williams said Government investments in police had resulted in more investigators and specialists focusing on serious and organised crime at district and national levels.

The service employs Goldsbury and ‘Baldy’ to work with gang members to promote reform from the inside.

He said intergenerational poverty was to blame and changing public perception of gang members could solve issues.

“There are bad buggers everywhere in life but let’s look for the good ones that can make the bad ones become good,” Wilson said.

“We need to look at gang members through a lens of kindness, forgiveness and hope because everyone looks at them with hate.

“That’s something we have to try to instil within our communities. Until we do that, nothing changes.”

Nationally, the number of gang members across the country had increased 49.78 per cent or from 5343 to 8003 people.

The list was not definitive in terms of gang membership and its primary purpose was not to count membership numbers or be a reporting tool.

Instead, information was collected to maintain oversight of the gang environment and to assist prevention and intervention opportunities.

“This means that the information held is only as accurate as the day it was collected, and the NGL is likely to be inexact, thus it should only be understood as indicative data.”

However, he said local police did acknowledge the NGL showed an increase in recorded gang members.

Police were working to reduce, manage and mitigate the impact of organised crime on whānau and the public, Detective Senior Sergeant Wilson said.

Operation Tauwhiro, a national operation targeting the disruption and prevention of firearms-related violence by gangs and criminal groups, was part of this.

“In addition to this, Bay of Plenty Police now have gang liaison staff,” Wilson said.

“The traditional enforcement action of the organised crime squads is augmented by the ongoing liaison with Bay of Plenty gangs undertaken by gang liaison personnel.”