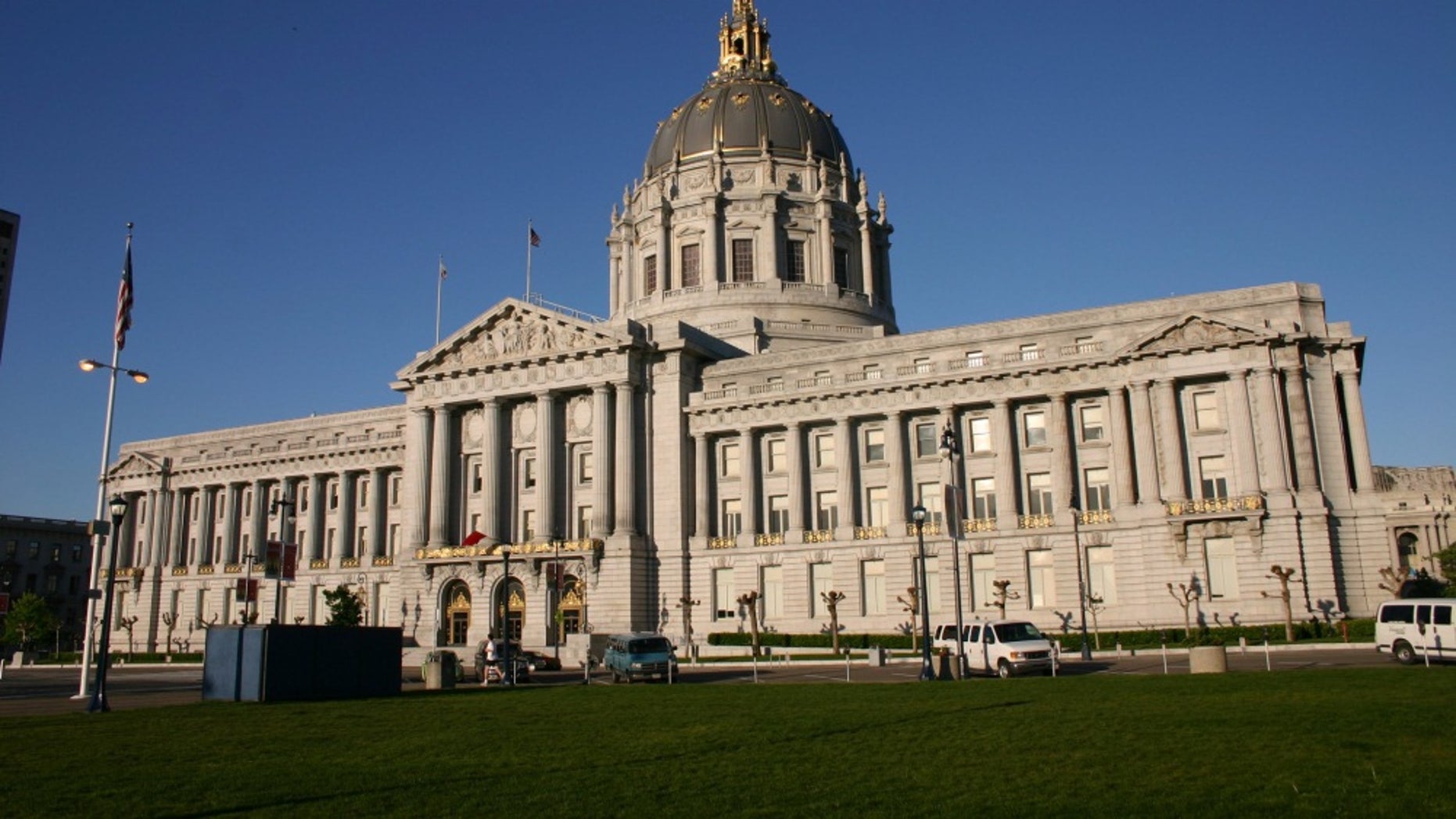 A crowd of 4 held a pro-Trump, pro-wall rally on the steps of San Francisco’s City Hall on Monday.
(sf.gov)

A crowd of four held a pro-Trump, pro-wall rally on the steps of San Francisco’s City Hall on Monday, according to a report.

The “rally,” which fluctuated from two to six people, was led by past and future Republican mayoral candidate Ellen Lee Zhou, who polled barely 4 percent last year.

The “rally” also included at least one reporter and several unnamed people who were recording the event, Mission Local reported.

Passersby at San Francisco City Hall on Monday afternoon reportedly gawked at the unusual spectacle of a pro-Trump, pro-Wall rally in one of the country’s most liberal cities.

According to Mission Local, the “rally,” was dwarfed by the surrounding demonstrators and spectators. Zhou, a Chinese native who immigrated to San Francisco as a teenager, has again declared her mayoral candidacy for 2019, The Epoch Times reported.