Horrific footage shows water gushing from ceilings and walls on the Carnival Dream ship which was five days into a trip around the Western Caribbean. 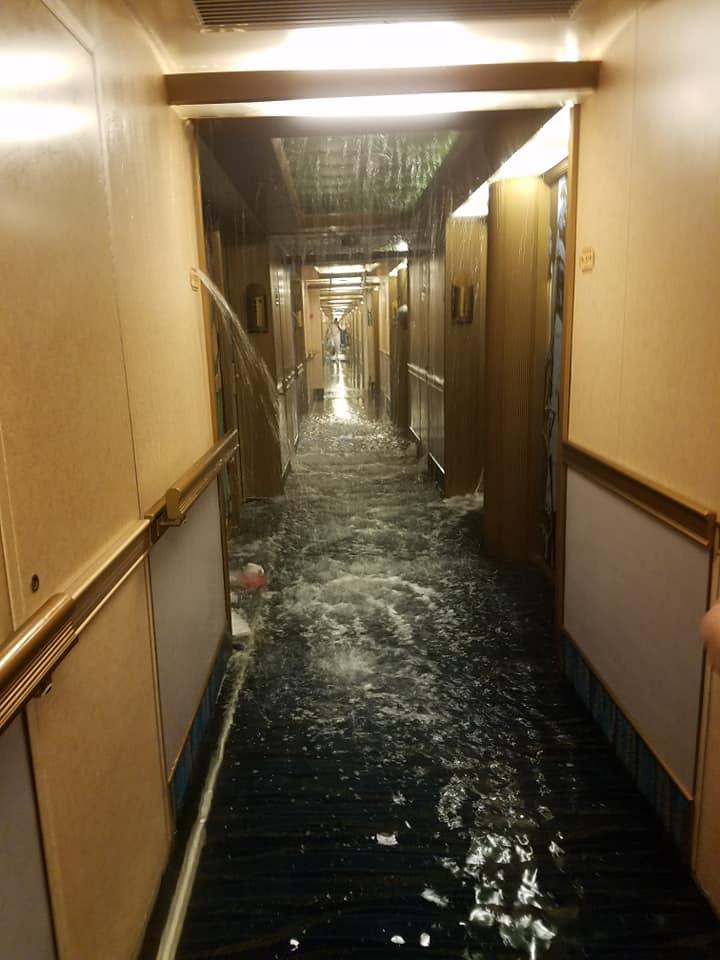 Crew members can be seen filling large tubs with water in a bid to clear the floods as 50 rooms were destroyed.

Passengers were forced to sleep on yoga mats as a number of rooms were left underwater.

Maria DeAnn took to Facebook pleading for people to "pray for us all" during the horror. She wrote: "Um… FB folks… this is a rare moment of internet connection… we are flooding on a cruise.

"We heard the violins and the silverware all came crashing down. What in the world… say a prayer for (us) all." 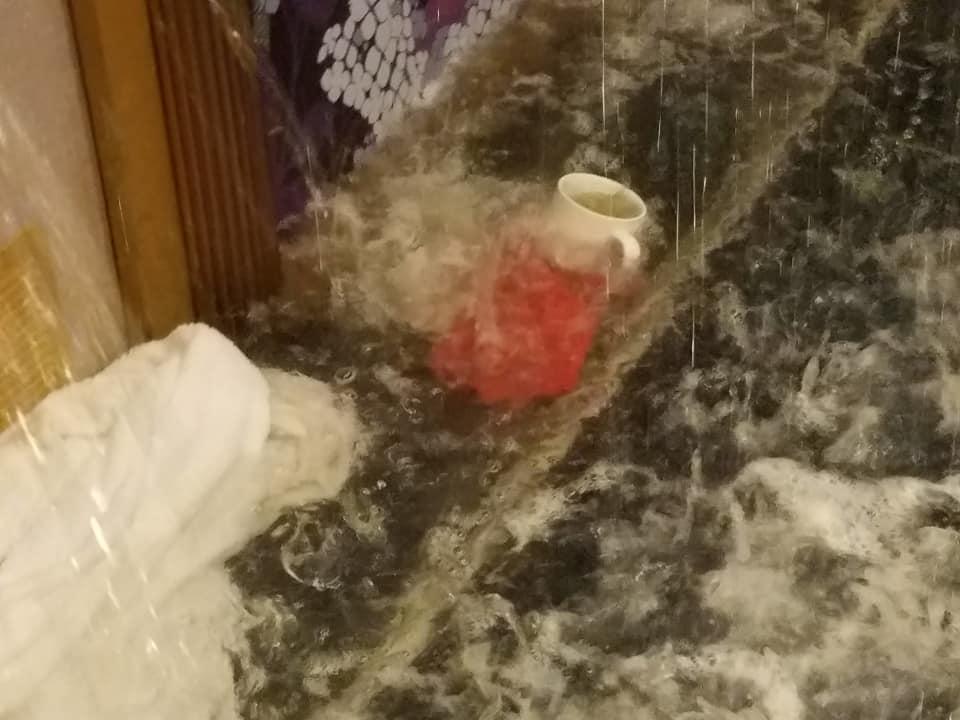 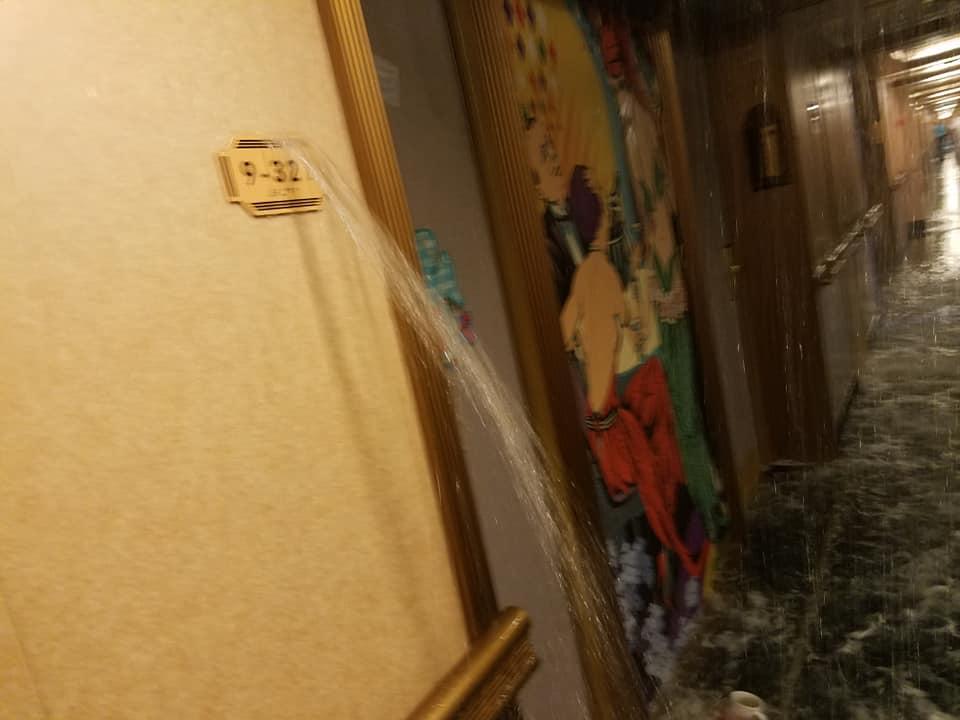 With floods failing to ease, DeAnn posted a second message saying her brother in law's machine to help him sleep had caught fire.

She added: "We have been relocated to the floor in the spa to sleep on yoga mats on the floor.

"Mark Haase – brother-n-law – laid down, put in c-pap machine on, started to fall asleep and it caught on fire!

"The transformer was submerged in water too long so medical folks on board checked it out and said it was fine… thankfully we were not asleep when it went up in flames. No alarms went off again."

“We appreciate our guests’ understanding and sincerely apologise for this disruption. We also thank our crew members for their quick action and hard work.”

The cruise line claimed most of the affected guests were able to stay in their rooms after the cleanup operation.

The ship left New Orleans on April 29 and is due to arrive back home on Sunday.