Home » World News » Crypto should be regulated by CFTC, not other agencies: Ex-official

The Commodity Futures Trading Commission, rather than the Securities and Exchanges Commission or the U.S. Treasury, should supervise cryptocurrency markets, its former chairman told Yahoo Finance in an interview on Friday.

As the debate over digital token oversight takes shape and the White House prepares an overarching strategy, J. Christopher Giancarlo said it's time for Congress to take the lead and permit his former agency to run point on the asset class' regulation. An inter-agency coalition, which includes the SEC and Treasury, has broadened to include the FBI and Department of Justice.

But by appointing the CFTC as primary regulator, it would help facilitate institutions engaging in retail markets, "because those markets would have a well established federal regulator overseeing those markets, and looking after things like consumer protection, and adequate funding and protections against fraud and manipulation of those markets," Giancarlo told Yahoo Finance Live.

The ex-regulator also suggested industry oversight by a self-regulatory organization (SRO), well as an update to how crypto assets are classified as financial instruments.

In fact, current CFTC Chair Rostin Behnam made the same pitch to lawmakers last week, with Congress set to become the ultimate arbiter of any new regulations. The Federal Reserve is also mulling a digital dollar, a proposal that's become mired in concerns that a Fed coin could undermine the U.S. dollar's dominance.

Separately, the SEC has been notching up its enforcement actions in a bid to protect investors, ahead of the Biden administration crafting an executive order, which Yahoo Finance reported could come as early as next week.

In public statements, SEC Chair Gary Gensler has asked lawmakers to put forth legislation. However, formal legislation isn't expected to materialize any time this year.

Giancarlo told Yahoo Finance that while he expects “a lot of proposals to be flowed in 2022,” he doesn’t see Congressional consensus for a “comprehensive crypto bill” to pass this year, mainly due to midterm elections. 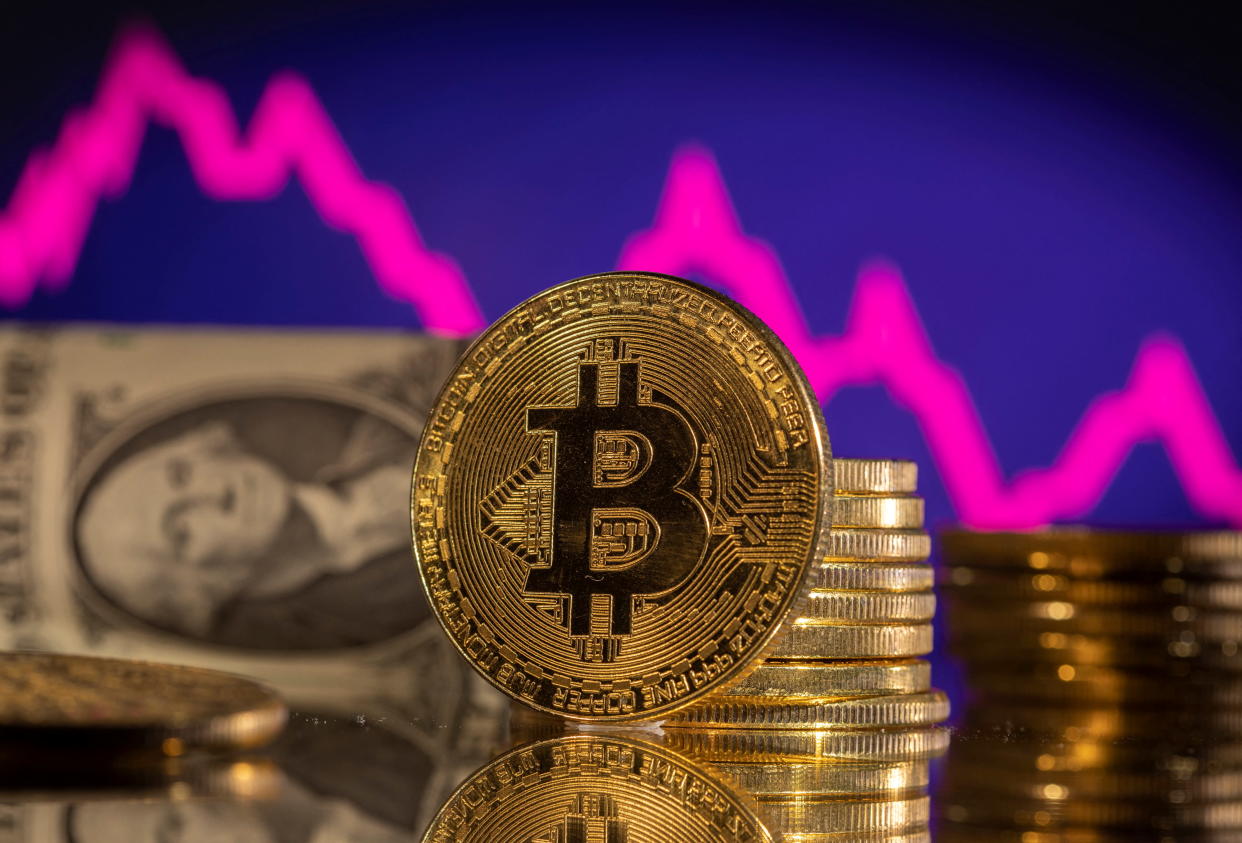 Giancarlo pointed out that the gridlock over crypto regulation is playing into the market's volatility. The lack of clarity is a major obstacle for many institutions like insurance companies, pension funds and hedge funds to warrant investment in the asset class Giancarlo said.

Currently, no federal agency holds jurisdiction over spot trading for cryptocurrencies like Bitcoin (BTC-USD) and Ethereum (ETH-USD). Those two tokens account for more than 60% of the market's $2 trillion value, according to TradingView data.

Citing the high number of cybersecurity issues, speculative retail trading and the outstretched use of leverage, the CFTC's Benham argued the CFTC, with Congress' permission, could bring order to the notoriously whipsaw market.

But Nicholas Losurdo a former SEC legal counsel who currently serves as a partner with multinational law firm Goodwin, said delegating oversight to the CFTC would be "completely antithetical," given how much authority the SEC currently has via enforcement.

“Both formally and informally, the SEC’s message is basically that everything is a security," Losurdo told Yahoo Finance. "I just don’t think the SEC is going to give up that turf and even if Congress were to step in, I don’t see them being out of the mix.”

The attorney said it wouldn’t make much sense to divide oversight of crypto between the two agencies. Meanwhile, “for the CFTC to have the authority it would, at a minimum, infer that those assets are not securities," Losurdo argued.

"This could also be seen as backtracking on the SEC’s policy views that have resulted in hundreds of millions of dollars in penalties paid by players in this space,” he added.

In an attempt to get ahead of coming regulation, the industry has spared no expense lavishing money on lawmakers, with data from CryptoHead showing crypto lobbying has more than doubled over the last year, to around $5 million. That figure could hit $15 million by the end of 2023, the data found.

Read the latest cryptocurrency and bitcoin news from Yahoo Finance