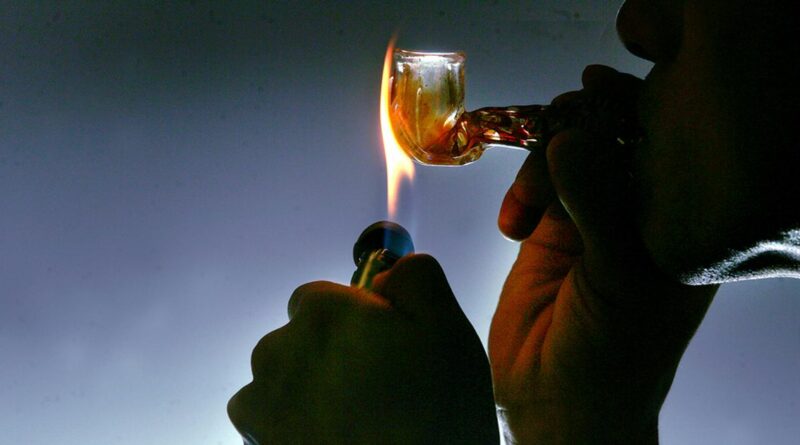 Crystal meth is being cooked in Breaking Bad-style drug labs and shipped to the UK.

Crime gangs are churning out the stimulant in makeshift factories in Holland before selling it via encrypted phone apps.

And pushers are ready to flood nightclubs with supplies when they reopen next month.

We found sellers on the Telegram messaging service and the “dark web” offering doorstep deliveries.

One boasted of their “high ethical standards and resolute commitment to clients”.

Many Britons became aware of methamphetamine when it featured in TV hit Breaking Bad. It told the story of chemistry teacher Walter White who began producing the drug under the pseudonym Heisenberg after finding out he had lung cancer.

On the encrypted app Telegram, one even calls himself Heisenberg to attract customers.

He promises buyers a “98.7% pure” product with “discreet delivery and stealth packaging”.

The seller claims: “Our products are clinically tested which drives our commitment to provide solutions that address unmet medical and recreational needs.

They even offer a “money-back guarantee” to potential buyers.

The National Crime Agency has previously warned of “strong indications of methamphetamine production in the North West of England”.

While Dr Mohammed Qasim, from the London School of Economics, reported: “There is intelligence that organised crime groups are setting up laboratories in Europe.

“Some which were previously manufacturing large quantities of MDMA (ecstasy) are now producing meth, making it much easier to import.”

A police source said biker gangs had the capability and connections to smuggle it from Holland.

He said: “We were always expecting it to hit the UK, but it never really caught on.

“Now that’s about to change. There’s intelligence that it’s ready to move from Holland and the Czech Republic and that biker gangs – especially the Outlaws, who operate in most of the EU member states – are poised to take control.”