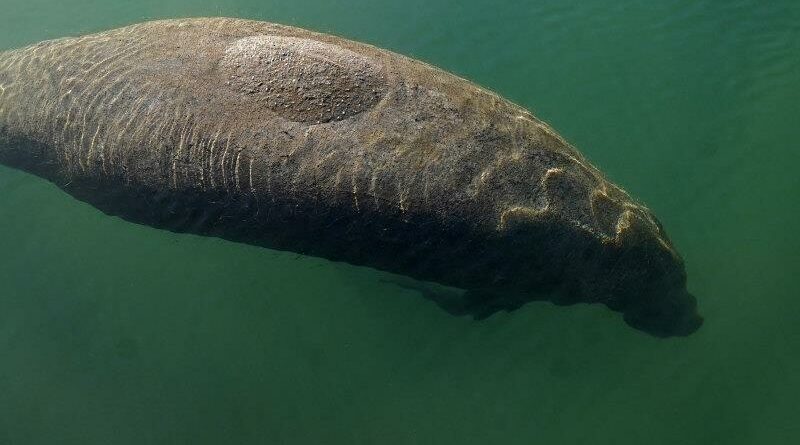 Pilon: Cuban fishermen rescued an injured baby manatee in a bay in far southeastern Cuba and nursed it back to health with a concoction of cow and goat’s milk mixed with coconut water, until it could safely be delivered to a nearby aquarium.

Fishermen discovered the injured manatee with gashes on its head and body in Marea del Portillo Bay, a far-flung inlet in Granma Province, more than 850 km from capital Havana.

Upon arriving onshore, the fishermen recruited volunteers from a nearby farming village. 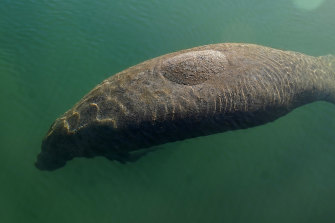 A manatee in Caribbean waters.Credit:AP

“People ran to help us,” said fisherman Victor Antonio Serrano. “We recognised it was a mammal, and the people who have cows gave us cow’s milk, those who have goats gave us goat’s milk.”

The manatee, an aquatic mammal akin to a giant, water-borne cow, is found in sheltered bays and estuaries throughout Cuba.

Adult manatees are herbivores that graze on seagrasses and other aquatic plants.

Officials at an aquarium in nearby Santiago de Cuba advised the fishermen to keep feeding the manatee, and eventually, veterinarians picked the mammal up and brought it to safety.

The island is widely known to have the best habitat for the manatees in the Caribbean, though the marine mammals are threatened by poaching, injuries from boats and are often found entangled in fishing gear.

Anmari Alvarez, a scientist with the Clearwater Aquarium in Florida that assisted in coordinating the rescue, said the group effort gave her hope for the future.

“What has given me the most joy from all this … is seeing how the community spared no effort or resources to save this baby manatee,” she said.