Three rare teddy bear-like creatures have recently been captured by an infrared camera roaming the cold plateaus in north-west China.

The Ili Pika, a pika species endemic to the Tian Shan Mountains in Xinjiang, is only eight inches long from head to tail and is even rarer than the giant panda. 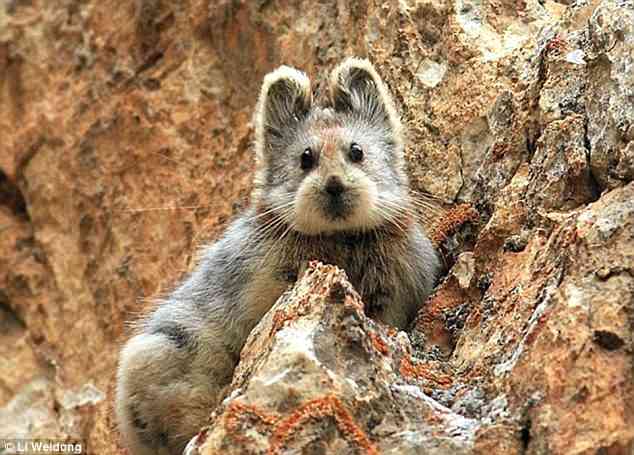 New footage captured by infrared cameras installed near the species’ habitat in Jinghe County shows the adorable rabbit-like mammals vigilantly sniffing its home for any signs of intruders.

They are seen sporting three distinct brown stripes on its forehead and around its neck, making it different from other pikas.

Scientifically known as Ochotona iliensis, the species was first discovered by conservationist Li Weidong in 1983.

It has been dubbed ‘magic rabbit’ by volunteers who spotted it with Mr Li in 2014. 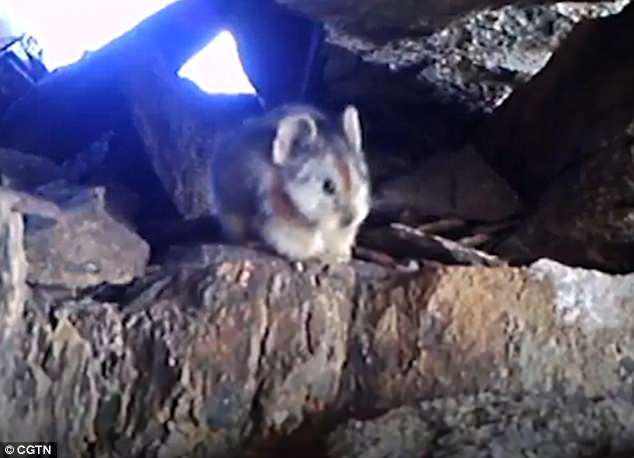 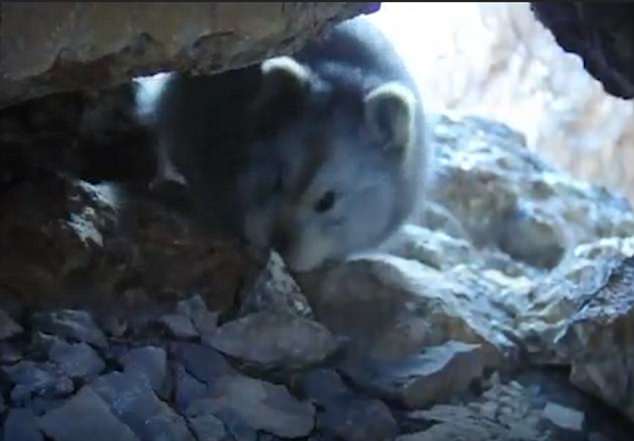 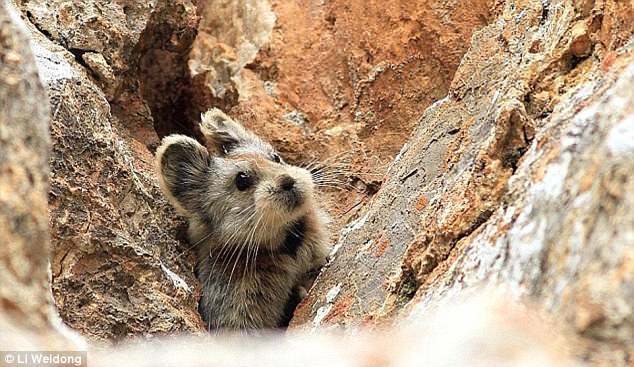 Scientifically known as Ochotona iliensis, it was first discovered by conservationist Li Weidong

At the time, Mr Li was conducting fieldwork for the local health and epidemic prevention authority in the area and was not expecting to discover a new species, according to China Daily.

In July 2014, he was finally able to snap several high-definition pictures of the cute round creature looking straight into the camera while perched on a rock.

When the Ili Pika was first discovered, Mr Li and his team estimated that there were around 2,900 of them living in the Tian Shan mountain range.

About 30 years later, Mr Li conducted a new survey which found that the pika population had dropped to less than 1,000. 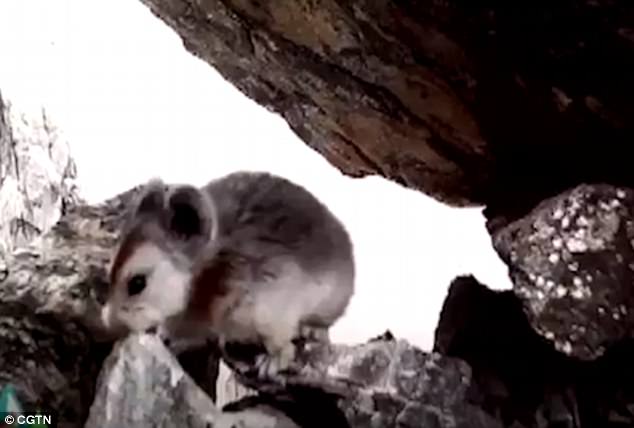 The pikas are endemic to the Tian Shan Mountain range in Xinjiang, north-west China

‘Ili Pikas were discovered very late and there are very few of them,’ Mr Li said, who is also the current deputy secretary general at the Xinjiang Ecological Society.

‘The high altitude of where they live makes them very hard to be seen,’ he told CGTN. ‘Therefore, when we first discovered them, they were already endangered.’

In 2008, the animal was classified as ‘endangered’ by the International Union for Conservation of Nature.

This makes the species rarer than the giant panda, which is currently classified as ‘vulnerable’.

The species is increasingly under threat from natural predators including eagles, martens and weasels, as well as from climate change. 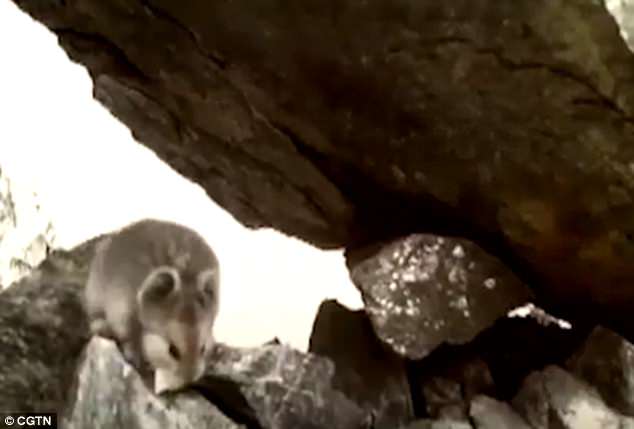 In 2008, the animal was classified as ‘endangered’ by the International Union for Conservation of Nature. This makes the species rarer than the giant panda, which is classified as ‘vulnerable’

‘Global warming has forced the animals to move further up the mountain,’ Mr Li said.

He noted that the Ili pikas seemed to have disappeared from nine of the 14 spots where they were once regularly observed in Xinjiang.

‘As the person who discovered the species, it would be unbearable to see it become extinct, especially knowing that human beings played a part in its destruction,’ he previously told China Daily.