Cutting the UK’s premature birth rate could save the NHS £1billion per year, leading obstetrician says

The NHS could save £1 billion a year – and alleviate huge suffering – by screening women for their risk of giving birth prematurely, says a leading doctor. 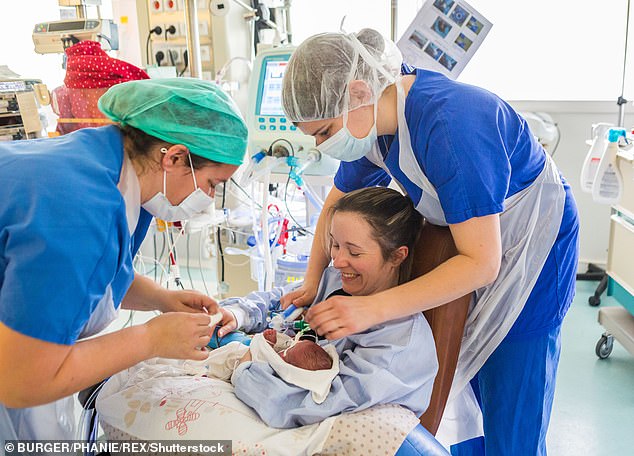 The UK rate is one of the highest in the developed world, according to the sick baby charity Bliss – worse even than Egypt or Peru.

Babies born early need neonatal support, costing more than £800 a day. On average, each needs eight days in neonatal care means an immediate cost to the NHS of at least £6,000.

Those born before 28 weeks spend three months on average in neonatal care, so cost much more. They are also more likely to suffer lifelong disability and require ongoing NHS support.

Professor Shennan said taking relatively simple steps such as routinely asking pregnant women questions about their risks could better identify those likely to give birth too early. Measures can then be taken to prevent premature labour. 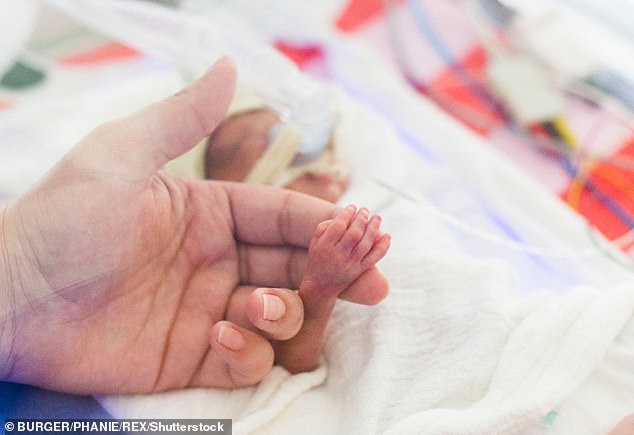 Women who have experienced a premature birth or suffered a late miscarriage before are at a higher risk, Prof Shennan said. But too often, staff tell such women: ‘Don’t worry, it’s not likely to happen again.’

As a result, obstetricians frequently find themselves ‘firefighting’ – trying to delay childbirth once premature labour has started.

Seriously underweight women and those who have undergone a caesarean after a long labour are also at higher risk, he said.

Premature birth causes huge suffering, both to the children and their mothers, who often wrongly blame themselves.

But few people realise the vast financial cost to the Health Service – comparable to that caused by smoking, obesity or alcohol.

Prof Shennan recently told BBC Radio 4: ‘If you can keep babies in [the womb] just for seven days longer, on average that will save the NHS £1 billion a year.’

He told The Mail on Sunday: ‘That’s roughly one per cent of England’s NHS budget, the sort of money we spend in total on research.’

The £1 billion saving was based on ‘robust analysis’ by an Oxford University economist, he said. The bulk would come from lower neonatal costs, but reductions in long-term care currently needed for children with conditions linked with premature birth would also have a big impact.

Despite the size of the challenge, Prof Shennan said: ‘I’m quite certain it is do-able.’

At St Thomas’s Preterm Surveillance Clinic, women concerned about giving birth early are asked questions, scanned for abnormalities and undergo a test for levels of a protein called foetal fibronectin.

The method means 70 per cent can be reassured they are highly unlikely to give birth prematurely, leaving the clinic free to concentrate on the 30 per cent at higher risk. 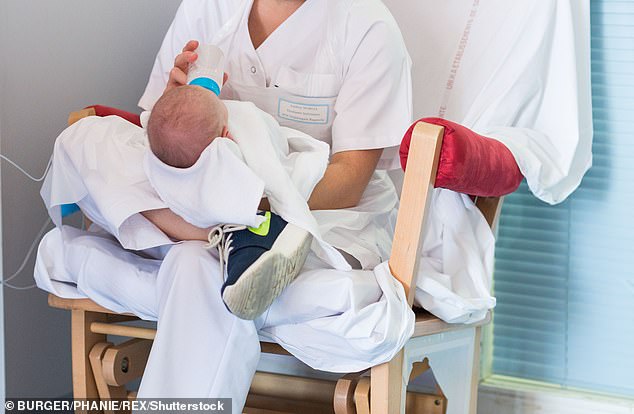 The NHS could save £1 billion a year – and alleviate huge suffering – by screening women for their risk of giving birth prematurely, says a leading doctor [File photo]

These women are intensively monitored and, if necessary, undergo preventative treatment to stop premature labour.

Prof Shennan is now in talks with NHS England to roll out an approach where midwives in all antenatal services will ask women screening questions to better identify their risk of premature birth. Those at raised risk will then be put forward for clinical tests.

Dr Matthew Jolly, national clinical director for maternity and women’s health at NHS England, said: ‘The NHS has been working closely with national experts to improve care for prospective mothers at risk of pre-term birth and their babies.

‘We will build on this excellent work to make maternity services in England among the safest in the world.’