Terrifying dash cam footage shows a cyclist coming inches away from being crushed between a car and a bus in a shocking hit-and-run incident.

The clip shows the cyclist riding up Humberstone Lane in Leicester past a single-decker bus during rush hour on Tuesday morning.

The scene, which is partially obscured by a lorry, shows a black Renault Clio come to a stop as a purple bus tries to pull out.

As the cyclist comes astride the bus, we see the Renault speed into the rider causing his bike to go under the car’s wheels.

The assailant then drives over the bike and speeds off leaving the cyclist lying injured on the road.

The footage was released by Leicestershire Police who are now appealing for any witnesses or other drivers with Dashcam footage of the incident. 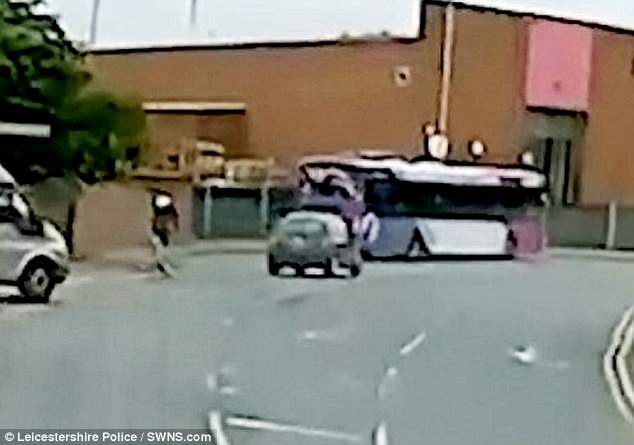 The black Renault Clio that caused the shocking incident can be seen coming to a halt as a bus pulled out. Police are appealing for any information or more Dashcam footage 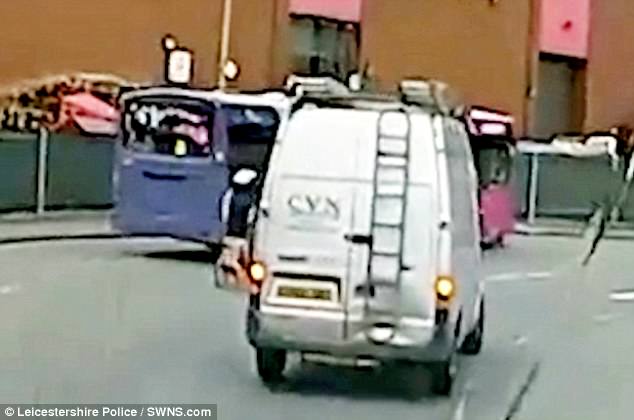 The cyclist is said to have escaped with just minor injuries and police are now hunting the hit and run driver.

PC Richard Smith of Leicester Police said: ‘The cyclist was lucky not to suffer more serious injuries and we need to speak to the driver of the car involved to establish the full circumstances.

‘The collision happened when people would have been on their way to work. 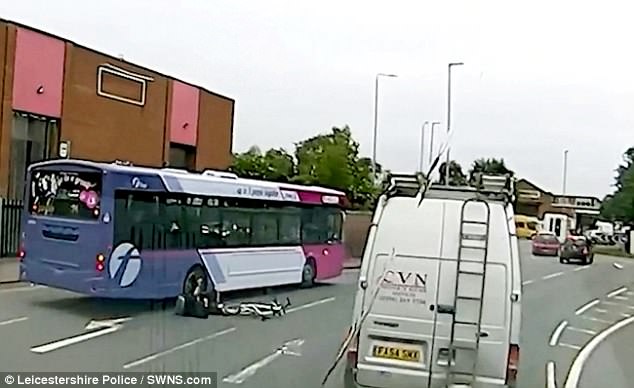 ‘As the footage shows there were a number of people in the area travelling in vehicles including cars and vans as well as on a bus.

‘We are urging anyone who has any information in relation to the incident, or who knows who the driver of the car is, to make contact with us.

‘We also ask anyone who was driving in the area and who has a dashcam to check this and get in touch if you have any footage in relation to the incident.’