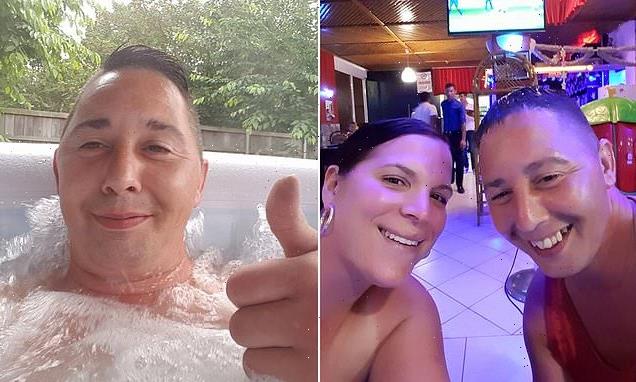 Father-of-two, 45, dies after suffering allergic reaction when he was stung by wasp while gardening

A father-of-two has died after suffering an allergic reaction when he was stung by a wasp while gardening last month.

George Cox, 45, was rushed to hospital by paramedics on August 22 after going into anaphylactic shock, which caused a cardiac arrest.

He was placed in an induced coma at the time but passed away on Saturday.

Tributes have since poured in for the ‘loudest, funniest but most caring lad’, who spent 15 years progressing his way through Bristol-based Bailey Caravans.

Mr Cox’s manager, Craig Dudridge, described him as a ‘big character’ who was ‘loved by everyone’. 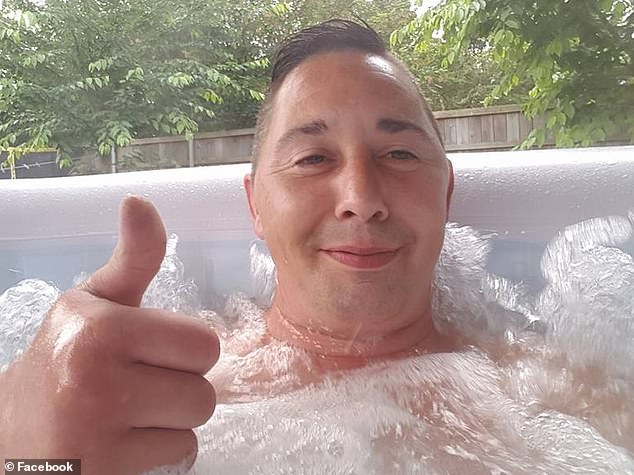 George Cox (pictured above), 45, was rushed to hospital by paramedics on August 22 after going into anaphylactic shock, which caused a cardiac arrest

Paying tribute, he said: ‘George worked all departments and he was a very talented guy and you’d only have to show him something once and he’d pick it up.

‘He progressed through the business and worked in the VIP section and finishing the units.

‘He was our tractor driver, electrician, sprayer, there was no job he couldn’t overcome and he could turn his hand to anything. It’s a sad, sad loss as you can’t replace characters like that. He was a one off.

‘George was a big character. He was loved by everyone at Bailey’s and that’s from the owner to the directors, to managers, team leaders and the shop floor.’

He said the news had shocked everyone at work, where Mr Cox was a much-loved friend and colleague.

Mr Dudridge added: ‘We’ve come in today and it’s very a sombre mood. Everybody is still in shock and unable to process it.

‘We’re supporting each other, we’re sharing fun stories of our memories of George.

‘He was one of those guys that if you were having a bad day he’d be there for you. He always had a smile on his face and an arm around you, he’d say a few words and make you laugh.

‘It’s a massive loss to our family. We are there to support his family and we’re helping put in place things for them, which is a great gesture and shows how much he was loved.’

Tracy Claridge, a neighbour and a friend to the family, has set up a GoFundMe page for donations to help pay towards funeral costs for the family. 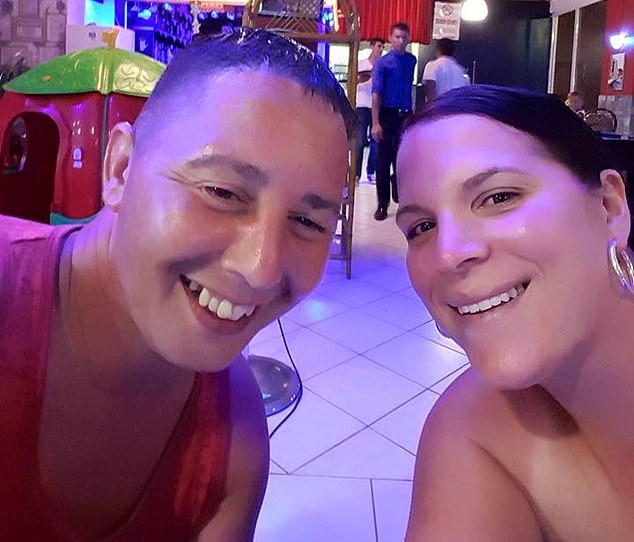 Mr Cox from Hartcliffe, Bristol, was a carer to his partner Robyn (both pictured above), who was diagnosed with multiple sclerosis when she was 19. The pair had been together for 20 years and have a 10-year-old daughter called Brook

The fundraiser has already raised more than £5,000.

She said: ‘George was the loudest, funniest but most caring lad who would do anything for anybody, and everybody loved him.

‘We are blown away by the support and this just shows how many people loved George and how he touched people’s lives.’

Mr Cox from Hartcliffe, Bristol, was a carer to his partner Robyn, who was diagnosed with multiple sclerosis when she was 19. The pair had been together for 20 years and have a 10-year-old daughter called Brook.

He also leaves behind a 28-year-old son called Jack and his grandson Ralphie.