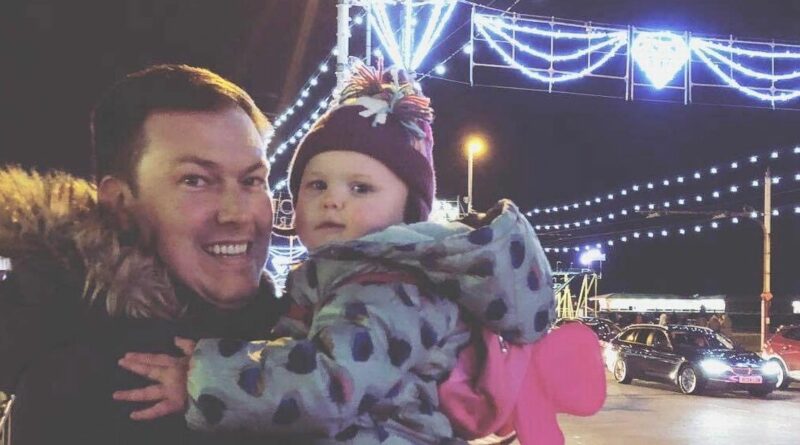 A dad was mauled by a surprise savage attack as a complete stranger approached and attacked him out of nowhere while picking up his takeaway.

The man from Liverpool said he found part of his ear on the floor which had been severed from the rest.

Darren Melling, 39, from Old Swan, had travelled back from London after watching Everton play Brentford on 27 August. He decided to meet his cousin in the Bongo’s Bingo Bar for a drink.

He was turned away from the bar due to it being too busy so then went for a quiet drink elsewhere. Darren went to Hot Chillis takeaway on Berry Street just after midnight to pick up some food for him and his wife, reports Liverpool Echo.

The dad-of-three told The ECHO : "I wanted to meet my cousin for a drink in town because me, the wife, and the kids hadn't been very well in the weeks before and I wanted something normal, and this was normal.

"I saw this girl on her own [in the takeaway] and she was having trouble with the contactless payment so I asked her if she was okay and if she was trying to pay. I said to her 'you just need to tap here'.

After speaking to the woman Darren explained how another customer then came "nose to nose" with him without saying a word. The next thing he remembered was being face down on the floor.

Darren said: "I was on the floor, face down, and I could just feel them punching or kicking me. When I got myself up they all ran out of the takeaway.

"I asked the staff about CCTV but they said they didn't have any. There was this lad that also helped me and asked if I was okay, and I said I could feel trauma on my lip and nose.

"The lad said to me 'it's your ear, it's on the floor' and I looked down and just saw it there."

Darren has described his attacker as being 6ft 1in, of stocky build with a ginger average length beard and short ginger hair. He said he was wearing a white shirt and dark pants.

Merseyside Police were called and arrived at the scene soon after. Darren was bandaged up at The Royal Liverpool University Hospital and later attended Fazakerley hospital, where his ear was trimmed and sewn up.

The NHS worker said: "Since this I have had sleepless nights and cold sweats. I have driven past where it happened, because I had to, but I just went quiet and looked.

"I was signed off work for three weeks but they have been great. I'm getting some counselling and possibly CBT organised.

Merseyside Police said they are continuing to investigate the incident, which happened at around 12.20am on Sunday, August 28.

For more shocking stories from the Daily Star, make sure you sign up to one of our newsletters here.