A father who was told by council chiefs to build a higher fence in his garden has installed ‘cow windows’ to allow his animal-crazy son to carry on watching the herd.

John Davies told how new regulations meant he had to replace his previous low fence with a new 6ft installation, obscuring the view of the animals in an adjacent field. 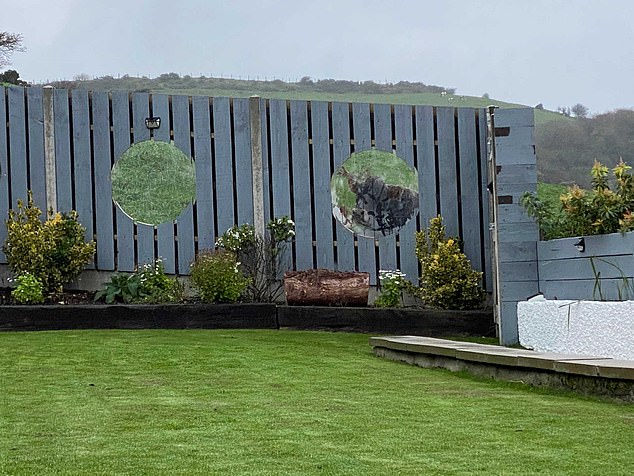 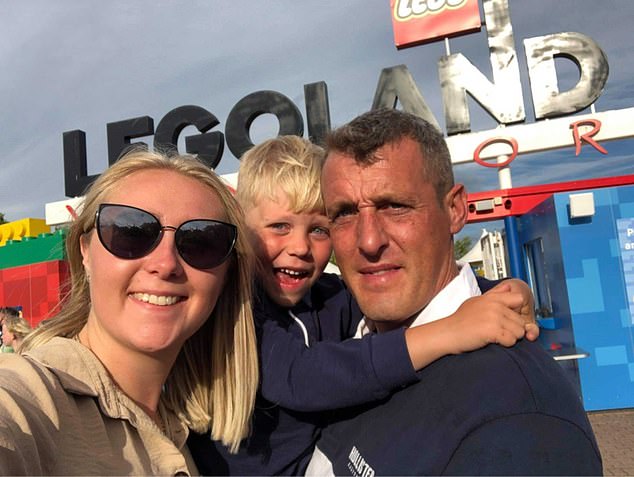 John Davies, pictured with partner Sophie Broom and son Noah Evans, told how new regulations meant he had to replace his previous low fence with a new 6ft installation, obscuring the view of the animals in an adjacent field 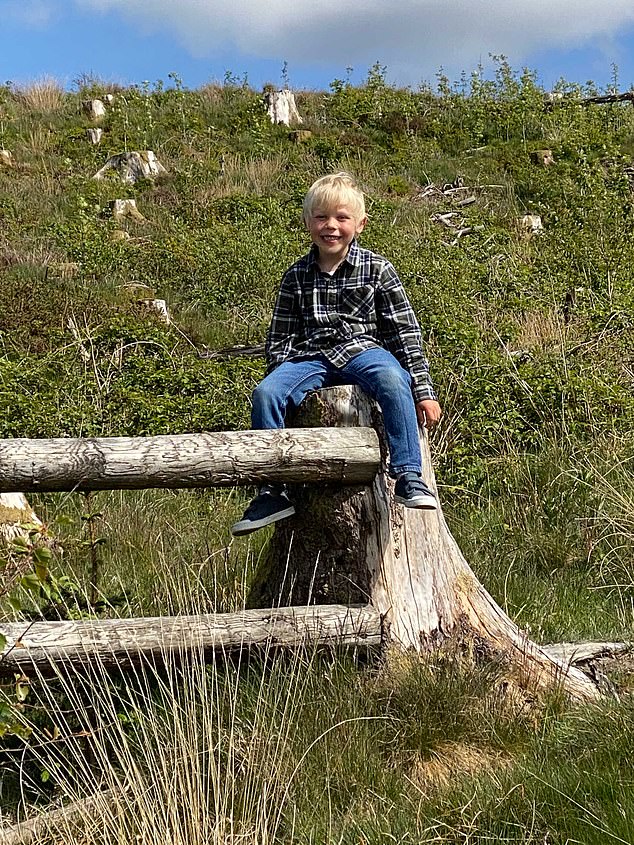 Cow-mad Noah, five, soon complained that the new boundary meant he could no longer see his beloved friends so John decided to fix the problem by fitting on three Perspex viewing holes

Adorable photos show cows and bulls peeking through each of the three portholes – built by John and his partner Sophie Broom at their home in Aberystwyth – one of which has a light above to enable night time viewing.

In one close up shot, a disgruntled bull can be seen staring through, fogging up the Perspex with condensation.

Speaking today, the painter and decorator explained: ‘We did it a couple of weeks ago. It was put up as we had to replace the low fence.

‘As soon as we put it up my boy said ‘I miss seeing the cows.’

‘So we had my carpenter friend put in the windows and the cows moved out of the field and bulls moved into the field so they are there day and night so the first thing in the morning we can see them.

‘They were being nosy, looking into the garden. We had a picket line of cows moving in to see through the windows.

‘We had to put up the windows as there were new regulations so we could no longer have a low fence.

‘Noah has always been fascinated with the cows and has been watching them at the fence everyday when they were there.’ 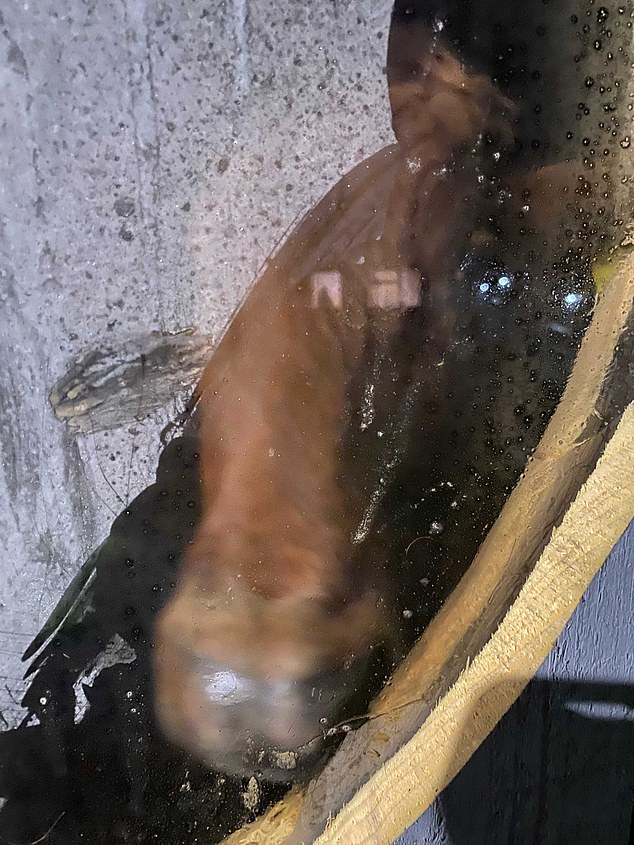 A disgruntled bull is seen staring through one of the windows, fogging up the Perspex with condensation 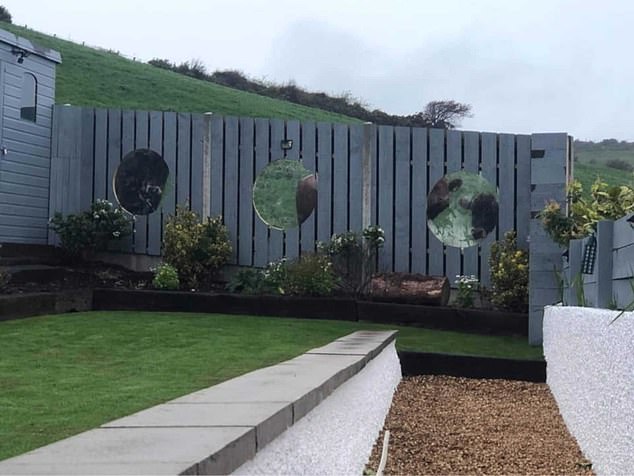 The portholes were built by John and Sophie at their home in Aberystwyth, Wales 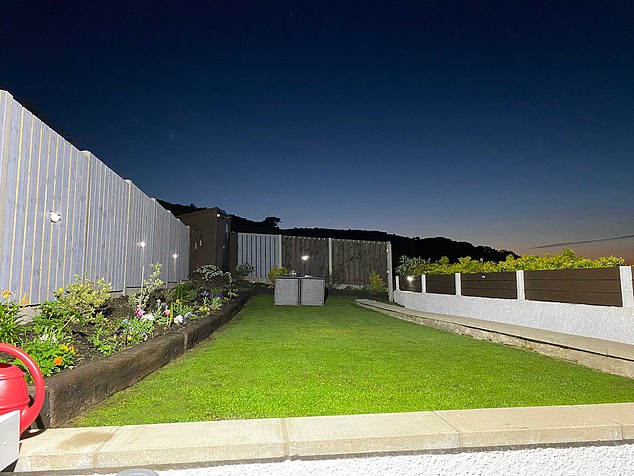 And San Brett said: ‘Love this.’

John added that the windows have been a hit with the cows too.

He said: ‘Last night I was cleaning up and watching a film and the flood lights went on and I never heard a mooing so loud before.

‘It gave me a fright. A bull was licking the Perspex window. It was quite strange.’