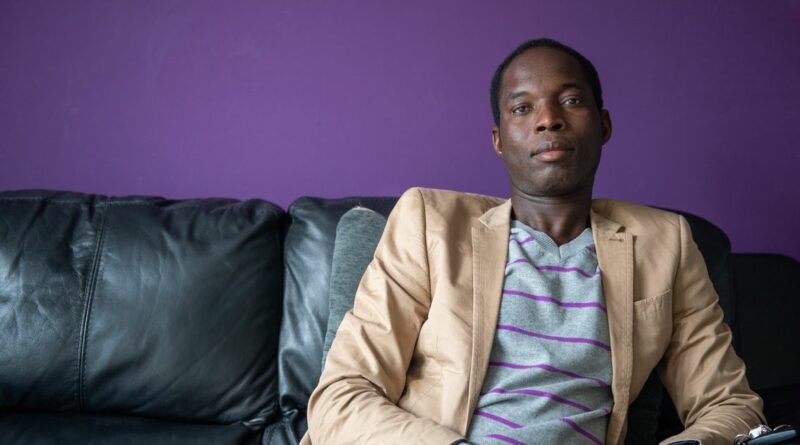 A dad got ‘trapped’ inside an airport similar to the Tom Hanks film 'The Terminal' after he lost vital documents proving he was entitled to live in the UK.

From the Black Country in the West Midlands, Abdoulie Jobe said he got stuck in Paris’ Charles de Gaulle airport while he tried to prove he was allowed to enter the UK.

Forced to drink water from toilet taps, barely eating and sleeping in an airport lounge on uncomfortable seats, he says he was left “in limbo”.

READ NEXT: EasyJet customer furious after two flights are cancelled costing her thousands

Mr Jobe lost his biometric residence card ahead of his flight to France from Gambia, where he had been holidaying and visiting family. That flight was just a connection before heading home to the UK.

The card proved his right to live here but without it, he was unable to prove he was entitled to enter.

Mr Jobe, who works in a supermarket, said he also wasn't allowed to leave the airport while he waited for his documentation to come through because he didn’t have a visa to enter France.

Left without a country, he was rejected by both France and the UK, he toldBirminghamLive.

While he was stuck there, he missed his son’s 12th birthday.

"I got to check-in and they said without the card I wouldn't be able to fly".

"I showed them all the documents, which had the card's unique reference number on – it shows what's on the biometric card.

"They said immigration in the UK would not allow me to fly. I was just left at the airport to sort it out myself.”

Mr Jobe, who works for Sainsbury’s and moved to the UK from Gambia in 1994, said he ran out of money while he was stranded there, leaving him unable to buy food and drinks from the airport’s shops.

He said different staff members at the airport reacted to his situation with various levels of sympathy.

Mr Jobe says he was told it "wasn't a hotel" when he asked one member of staff for some food, while another did give him a meal to keep him going.

Despite the kindness of this stranger, he ended up going three days without eating at one point and was forced to drink water from toilet taps as he had no way left to get hydrated. At one point he even collapsed.

"It was a hell," he said, equating it to "living in a prison camp.

"I didn't get a shower. I had not brushed my teeth in 14 days, I just got the paste and put it in my mouth.

"I didn't want to go close to anybody because I was smelling so bad. Everybody was looking at me, staring at me – 'why is he here?'”

He added: "The first week I stayed there I collapsed because I had hardly had any food and was taken to hospital.

"I was taken to the police station, they said 'we cannot deport you because you have got the legal documents to return to go back to the UK. Because of UK law we cannot interfere'.

"They were laughing at the UK about this immigration system, I felt so ashamed. I used all the money I had."

Eventually, he was saved when his ex sent him some money to stay afloat and, after two weeks, the Home Office said finally that it would give him a waiver to enter the UK, allowing him to head home.