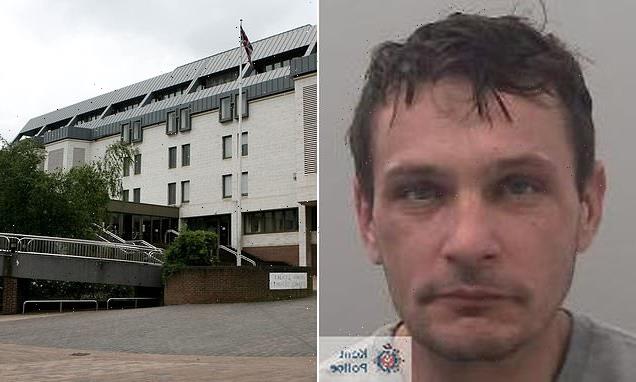 Father-of-three, 44, who raped and sexually assaulted an unconscious woman for more than an hour in town centre car park until passer-by intervened is jailed for eight years

A predatory rapist who attacked a woman while she lay unconscious for more than an hour has today been sentenced to life in prison.

Aurel Birlan, 44, subjected his victim to a ‘brutish and depraved’ assault in the street and only stopped when he was challenged by a brave passer-by.

Birlan, from Chatham, Kent, was caught on CCTV repeatedly raping the woman as she begged him to stop during the incident in December last year.

His horrific attack only came to an end when a car pulled into the car park of a town centre in Kent, noticing the victim.

The driver interrupted the sex offender after noticing the woman was partially naked, not moving and appeared to be injured.

He then questioned Birlan about what happened, with the father-of-three claiming that she had simply fallen asleep in his arms. 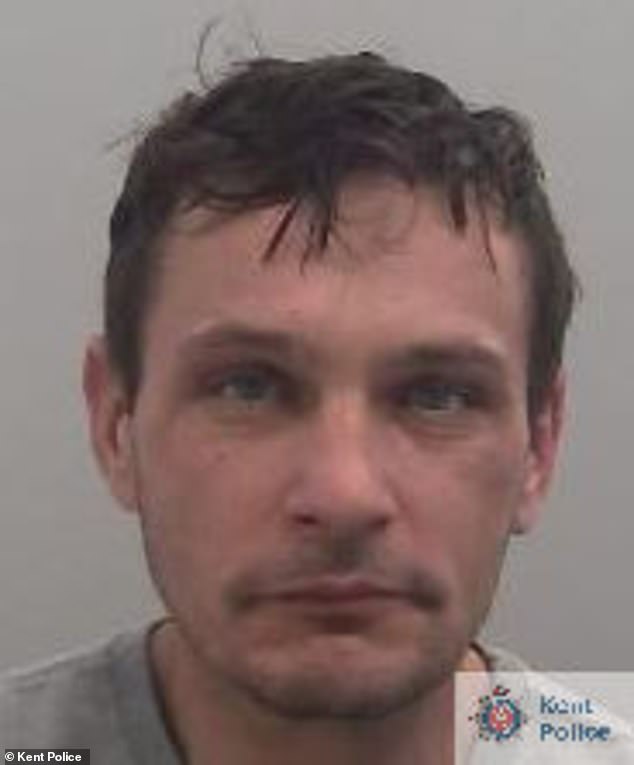 Birlan claimed to a passer by that he had simply been trying to look after the woman when he found her in the street. But he was arrested and charged with two counts of rape after the brave man intervened and called the police

But the witness did not believe his story, and waited with the sex offender and his victim until police arrived.

Birlan was arrested at the scene by police, and was charged with two counts of rape and three counts of sexual assault.

Half an hour before Birlan approached her in the street she had fallen face-first off a bench and lay on the ground for 20 minutes.

She managed to drag herself to her feet and staggered to another bench, before falling in the road and continued to lie there until Birland approached her at 10.35pm.

She was already bloodied and bruised, with shallow breathing and was suffering from mild hypothermia when Birlan launched his attack.

When he was arrested Birlan claimed that he and the woman had consensual sex but that she had then fallen unconscious and he stayed with her to ensure she was okay.

The court heard Birlan came to the UK about five years ago, working in the recycling, fruit and construction industries, and has no previous convictions.

He pleaded guilty at Maidstone Crown Court and was yesterday sentenced to life in prison, with a minimum of eight years and three months before he is eligible to be considered for parole.

The rapist was added to the sex offenders’ register for life and made subject of a restraining order, prohibiting him from contacting the victim. 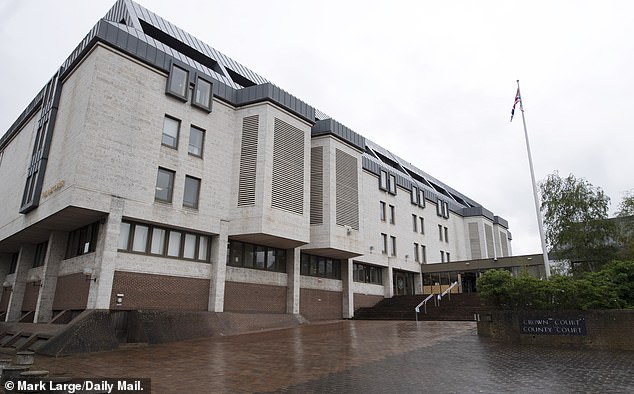 Birlan was sentenced to life in prison with a minimum of eight years after pleading guilty to the sexual assault at Maidstone Crown Court. The judge praised the driver who intervened in the sustained assault

‘Today’s sentence will hopefully go some way to allowing the victim to live a normal life, knowing at least this dangerous man is now behind bars.

‘She has shown tremendous dignity and bravery throughout the course of this investigation and I wish to commend her for that.

‘I would also like to thank the member of public who challenged Birlan.

‘His courageous intervention was absolutely vital in ensuring Birlan was promptly arrested and that the victim was also protected from suffering any further harm.’