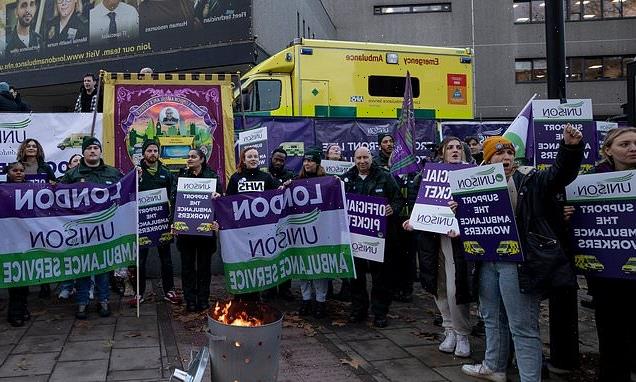 Make no mistake, if people die needlessly as a result of the ambulance strikes the hard-Left unions will be entirely to blame.

Health Secretary Steve Barclay was spot on. By going ahead with the catastrophic walkout, militant leaders had chosen to ‘consciously inflict harm on patients’.

It was utterly perverse for Unison, Unite and the GMB to say the Government was at fault for preventable deaths by refusing to negotiate on pay. 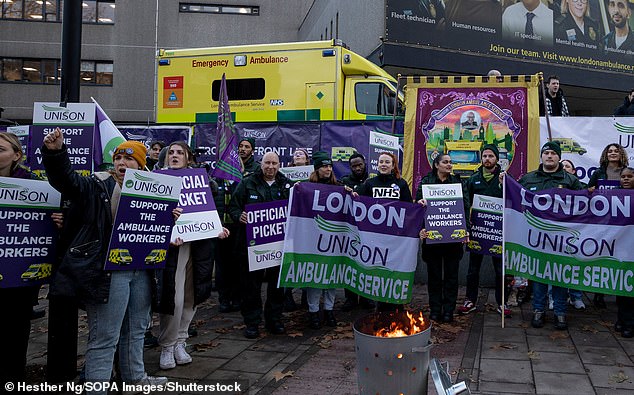 No, they ordered paramedics, drivers and call handlers on to the picket line. They refused to sign a national agreement on which 999 calls to attend. And they left stricken patients in the lurch.

It is truly appalling that in a country as advanced as the UK, heart attack victims and women in labour were told to get themselves to hospital by taxi or car. It’s conceivable some people lost their lives because an ambulance didn’t respond.

How poor the unions’ attitude is compared with our troops, who once again have had to step in to shore up failing public services.

The Mail welcomes Rishi Sunak’s pledge to force the ambulance unions to provide a minimum service level on strike days to keep people safe. We just wish the PM would stop talking – and start doing.

And we’d urge him to go even further. He should end such indefensible walkouts full stop – by extending the ban on ‘blue light’ police strikes to ambulance crews. 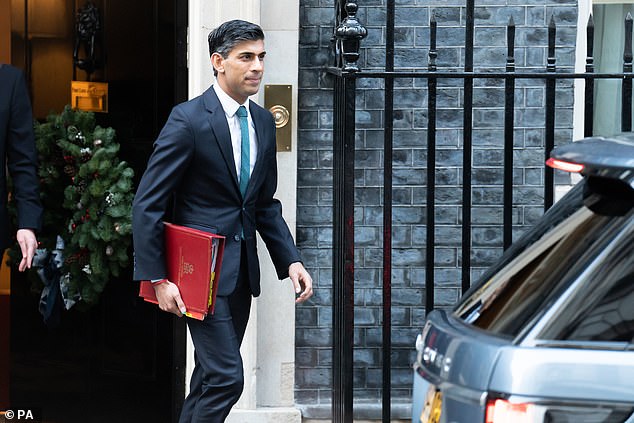 The dilapidated state of the public finances, with borrowing soaring to a record high, shows exactly why inflation-busting pay rises for public sector workers simply can’t be countenanced.

Ambulance workers should accept the 5 per cent increase they have been awarded by an independent review and call off next week’s strike. Surely the last thing they want is blood on their hands.

Vladimir Putin’s barbaric invasion of Ukraine was meant to end in triumph within days. Instead, Russia is mired in a grim war of attrition.

To try to break the spirit of ordinary Ukrainians, the tyrant is inflicting terrible hardship by bombarding their country’s power and water supplies as temperatures plunge. At the same time, the Kremlin is gambling that the West will grow war weary and desert President Volodymyr Zelensky.

So the US’s pledge to supply Kyiv with the sophisticated Patriot missile defence system couldn’t be better timed.

Not only will it help protect Ukraine’s critical infrastructure from Russian attack, it also sends a powerful message to Putin that Western resolve is not wavering.

Delivery of the Patriot missiles can’t be conditional on Mr Zelensky entering peace talks. That is a decision for Ukraine alone.

The danger is any ceasefire gives Putin a chance to re-group, re-arm – and reattack. 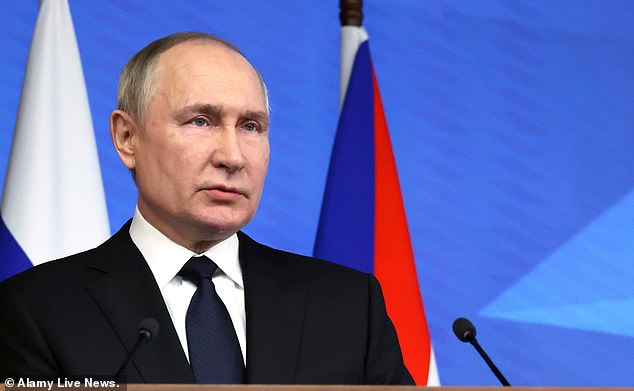 Vladimir Putin’s barbaric invasion of Ukraine was meant to end in triumph within days. Instead, Russia is mired in a grim war of attrition

If Rishi Sunak genuinely wants to tackle the Channel migrants scandal, he must roll up the welcome mat that greets those who successfully make the perilous journey.

This year alone, the taxpayer is predicted to spend a colossal £3.5billion on housing, feeding and clothing asylum seekers.

Another powerful magnet is that vanishingly few are refused sanctuary once they’re here – even if they’ve arrived from safe countries. The proportion of initial asylum claims granted by Britain – 72 per cent – is nearly three times that of France. No wonder so many are willing to risk their lives in a smuggler’s dinghy.

If as part of an asylum backlog clearing exercise, ministers effectively introduce an amnesty for applicants from certain countries, that approval rate is sure to rise.

That will only encourage more migrants to come here illegally – and further erode public faith in the security of our borders.