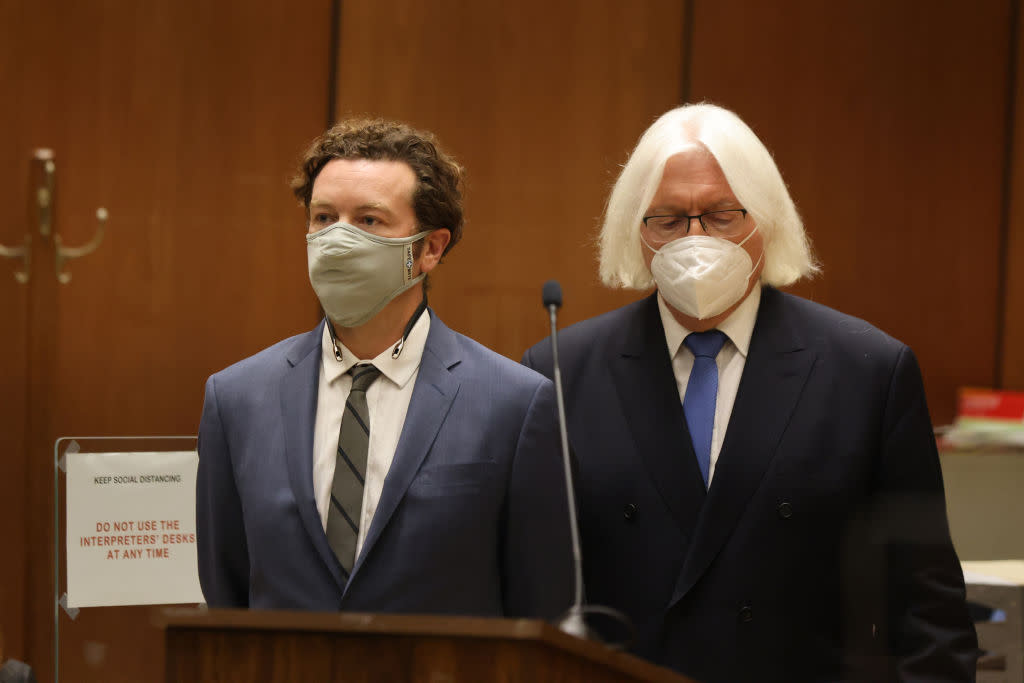 Danny Masterson will be back on trial for sexual assault soon.

The That '70s Show star faced charges of having raped and assaulted three women — all of whom, like Masterson, were then members of the Church of Scientology — between 2001 and 2003 in November. The jury could not agree on a verdict.

On Tuesday, the Los Angeles County District Attorney's Office confirmed to Yahoo Entertainment that it would try again on the same counts.

Masterson's side, also on Tuesday, made a motion to dismiss all charges. They argued that most jurors in the first case had been ready to acquit and that there was "little likelihood of a different outcome" a second time.

However, that request was denied, with Judge Charlaine Olmedo ruling that a different outcome was possible.

Jury selection is scheduled for March 29.

According to Variety, two of the three women accusing Masterson of wrongdoing issued a statement following the developments: "We are pleased that Danny Masterson will not be permitted to simply escape criminal accountability. Despite suffering years of intimidation and harassment, we are completely committed to participating in the next criminal trial to the extent requested by prosecutors and again testifying about Mr. Masterson's depraved behavior."

Masterson — who was fired from his Netflix show, The Ranch, in December 2017, following the allegations against him — has always maintained his innocence. All three women said during the trial that they had been afraid to report what happened to them at the time, because they feared retribution from the church.