David Beckham’s former brother-in-law faces jail for using his links to the football star to fleece investors out of £800,000 in boiler room scam 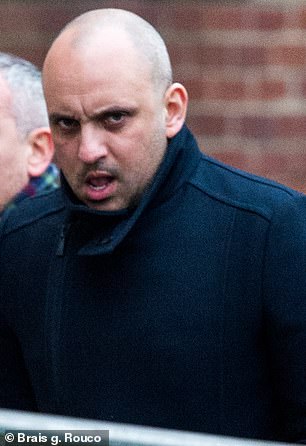 Darren Flood, 39, (pictured outside Kingston Crown Court today) faces jail for using his links to David Beckham to fleece investors out of £800,000

David Beckham’s former brother-in-law is facing jail for using his links to the football superstar to fleece investors out of nearly £1million.

Darren Flood, 39, who was married to Victoria Beckham’s sister Louise Adams, was involved in a boiler room scam which tricked pensioners into making ‘worthless’ investments.

Flood was a director of The Commodities Link which focused on ‘high net worth clients’ and discussed potential targets including former Chelsea footballer Joe Cole’s father.

Victims were encouraged to buy ‘rare earth’ substances, such as precious metals, which are mainly used to make tech products, with the promise of big profits.

Stephen Shay, prosecuting, said they invested more than £800,000 between April 2012 and August 2014 – but the materials had no resale value.

He explained: ‘This case concerns the fraudulent miss-selling of rare earth elements i.e rare earth metals and or rare earth oxides through the company called The Commodities Link (TCL).

‘The Crown’s case is that TCL was a typical “boiler room” enterprise, set up with the purpose of inducing unsuspecting members of the public to invest in rare earths.

‘TCL made representations about the suitability of rare earths as an investment over the telephone and in brochures.

‘These representations were false. They focused on historical publicity from 2010-2011 to the effect that the main supplier of rare earths, China, had restricted global exports, causing a spike in prices. 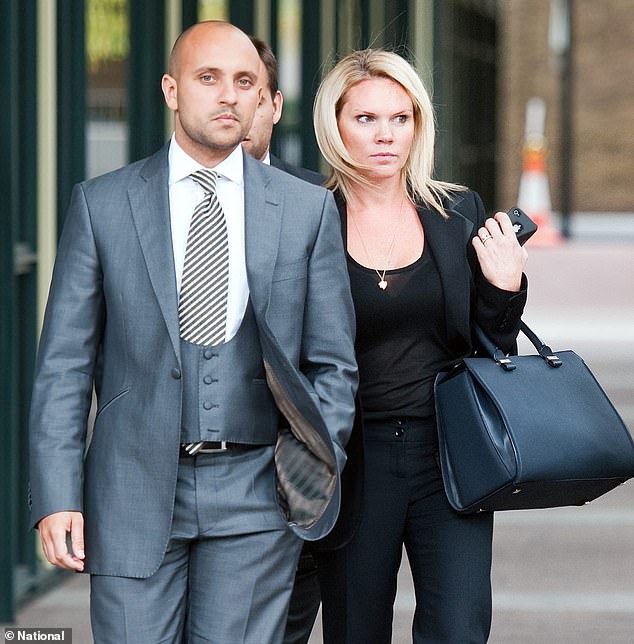 ‘TCL sold investors “baskets” of rare earth which consisted of a selection of different rare earth oxides, usually weighing one or two kg in one instance 150kg. The representation that oxides could be re-sold in this format was false.

‘There is no re-sale market for rare earths in this format or quantity.’

He was a director for TCL while Gennaro Fiorentino, 38, was described as the Principle and Jonathan Docker, 32, was a sales floor manager.

Flood was tasked with targeting potential high net worth investors, who paid up to 200 times over the odds for baskets of materials.

‘Paul Roberts stresses his experience and that of other brokers, even though the company, TCL, had only just been set up.

‘He, Paul Roberts, made great play of Darren Flood being David Beckham’s brother-in-law, which was the position, I think, at one point in the past.’ 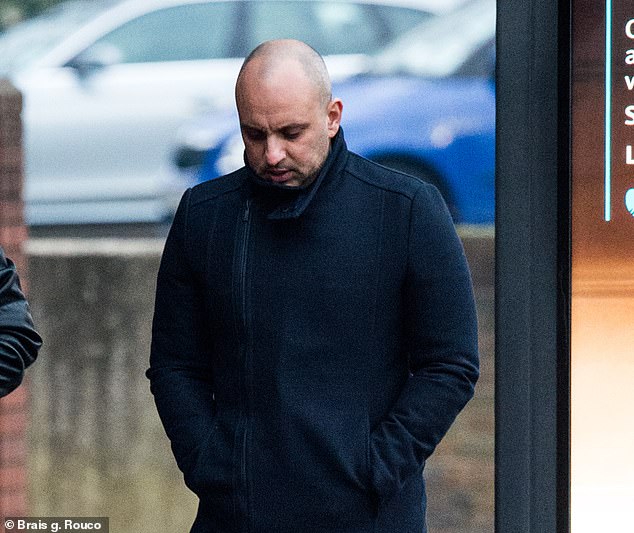 The alleged conman (pictured outside court today) encouraged victims to buy ‘rare earth’ substances, which are mainly used to make tech products, with the promise of big profits

One investor, Peter John Harris, told the trial he was cold-called by a man called Paul Roberts who talked up the Becks link.

Mr Harris, who lost £100,000 in the scheme, said the salesman used his family link to Beckham to give him ‘confidence’ in the company.

Another victim, Mavis Wright, was wined and dined by Muldoon who convinced her to hand over £41,000 using the name Paul Roberts.

‘I had no idea whatsoever that this was a scam,’ she said.

Referring to the bogus investments, Mr Shay added: ‘Manufacturers buy directly from suppliers by the ton. They would never seek to purchase a few kilograms from a private individual.’

Victims of the company paid ‘between seven and 200 times’ over the odds, Mr Shay said.

Flood was a director of the company between June 2012 and April 2013 – but documents uncovered by detectives revealed tensions with colleagues, Mr Shay said.

One titled ‘TCL requirements’, which was read to the jury, said: ‘Jonny and Darren need to talk with high net worth clients, people, potential customers that you know.

‘Since June we have been talking about Joe Cole’s dad.’

A document written for Docker stated the company’s ‘output is terrible’ and said: ‘The politics between you and Darren must be sorted. 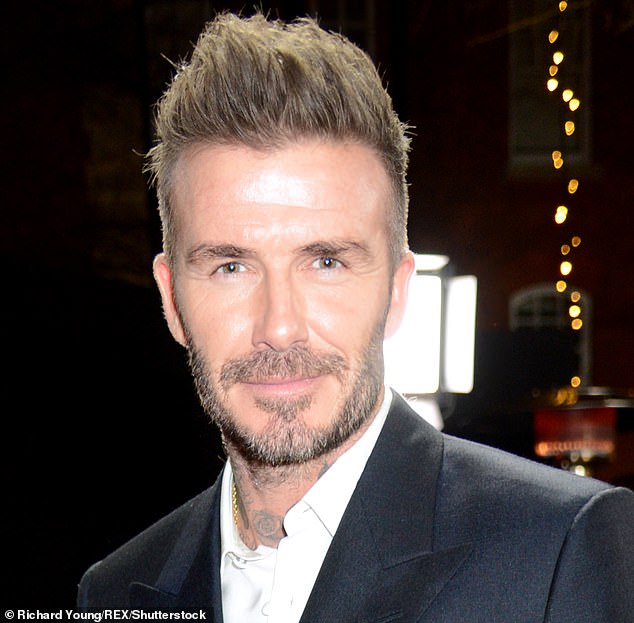 Staff at Flood’s company ‘made great play on their boss being David Beckham’s brother-in-law’ to win the trust of investors, Kingston Crown Court heard

‘The business is on its knees over where leads get sent. That is f***ing ridiculous.’

Mr Shay said: ‘That document would appear to suggest Darren Flood and Jonny Docker were not getting on particularly well while TCL was in operation.’

The document went on: ‘Darren has not performed on any level other than to charge money to the business and extract expenses.

‘He got a bank account but this could have been done with any high street bank.

‘Darren threatens to leave and close the bank accounts. This is a common threat and makes progressing the business very difficult.’

The Commodities Link was wound up by the High Court on 29 August 2014, Mr Shay said.

Muldoon admitted fraud by false representation at an earlier hearing.

Flood, Docker, Fiorentino, along with Mark Whitehead, 59, and Vikki King, 39, were convicted by a jury of fraud by false representation.