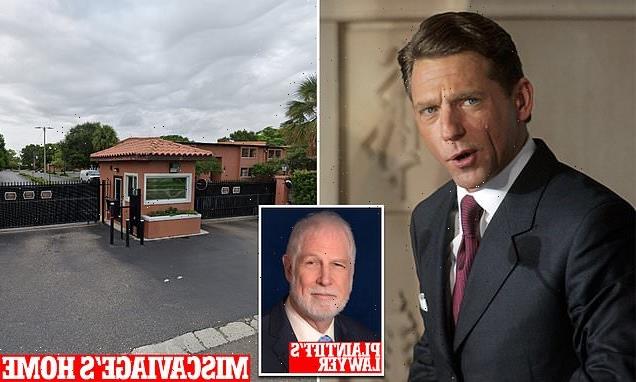 Scientology leader David Miscavige is ‘nowhere to be found’: Prosecutors trying to serve federal trafficking suit against him have tried to reach him 27 times over four months but have failed to locate him

Prosecutors trying to serve David Miscavige with a federal child trafficking lawsuit say that the mysterious leader of Scientology is ‘nowhere to be found.’

Authorities have attempted to serve papers to Miscavige, 62, on 27 different occasions over the course of four months in the Clearwater-area in Florida and in Los Angeles, reports the Tampa Bay Times.

When lawyers appeared at Scientology properties and asked security guards about Miscavige’s whereabouts, the guards said that they were clueless. The plaintiffs in the lawsuit have even hired a private investigator in an attempt to track him down.

At one point, lawyers  even took the direct route and sent an Instagram message to the church’s official account to ask about Miscavige.

The lawsuit being filed by former church members, husband and wife, Gawain and Laura Baxter and Valeska Paris. The trio say that they were forced into labor on Scientology boats as children after signing a one billion-year contract in exchange for little or no money. 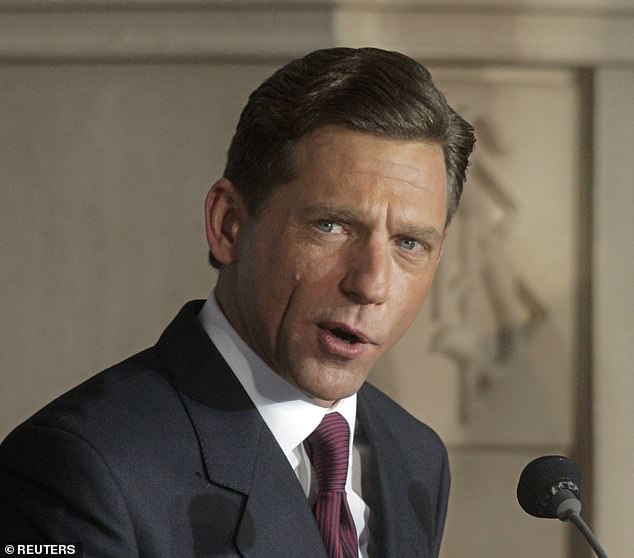 The reclusive Scientology chief’s last known address was at the controversial church’s International building in Los Angeles. Similar to other members of Scientology’s extremist wing, the Sea Org, Miscavige does not have a recorded address.

In court filings related to the recent lawsuit, two former members of the church said that Miscavige lives in a Scientology property in a gated community known as the Hacienda Gardens in Clearwater, Florida.

The Hacienda Gardens is a sprawling 120-unit apartment complex that hosts Scientology staff. It was purchased by the organization in 2001.

While in a motion this month, one of the plaintiff’s attorneys, Neil Glazer, said, ‘Miscavige cannot be permitted to continue his gamesmanship.’ Miscavige is due in court on January 20 but it remains pending unless he can be served.

Glazer also said Miscavige is taking part in an ‘intentional concealment of his location and evasion of service.’

In addition to the trafficking allegations, Paris alleges that she was the victim of repeated sexual assaults in her youth and that when her mother left Scientology, Paris, then 17, was locked in an engine room for 48 hours as punishment. 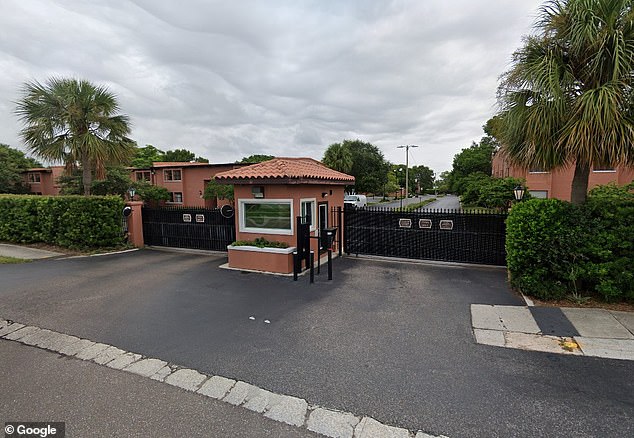 In court filings related to the recent lawsuit, two former members of the church said that Miscavige lives in a Scientology property in a gated community known as the Hacienda Gardens in Clearwater, shown here 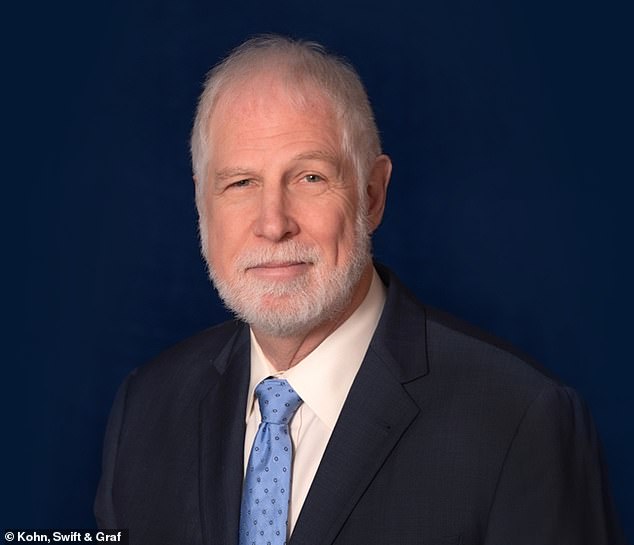 While in a motion this month, one of the plaintiff’s attorneys, Neil Glazer, pictured here, said, ‘Miscavige cannot be permitted to continue his gamesmanship’

According to the Tampa Bay Times report, lawyers tried to track Miscavige through two traffic tickets he received in the 1990s. Both of those list his Scientology’s Los Angeles’ center as his home.

For their part, Miscavige’s lawyers say that he’s merely the target of a legal strategy due to his status within Scientology. They say that he does not live in Florida, hence why lawyers can’t serve him.

US Magistrate Judge Julie Sneed served a summons to Miscavige on behalf of the plaintiffs. Ten copies of the summons were sent to various Scientology properties in Florida and California, all were sent back as undelivered as nobody would sign for them. 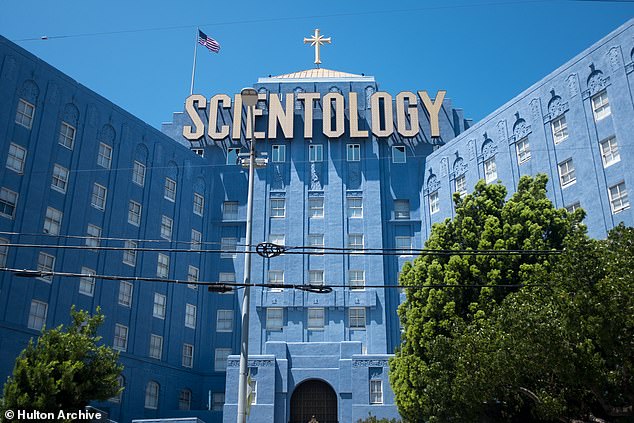 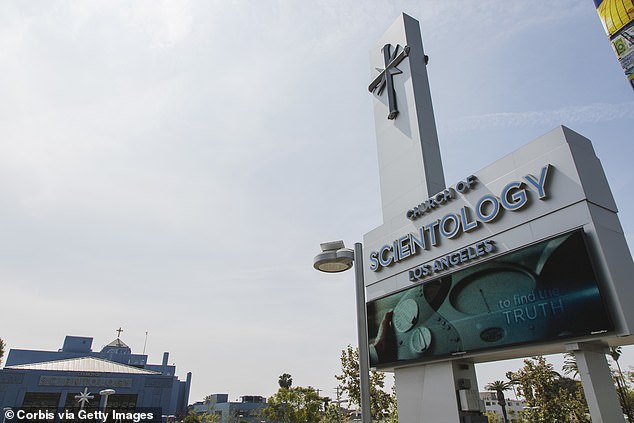 A Church of Scientology Building on Sunset Boulevard in Los Angeles

Outspoken anti-Scientology member Mike Rinder, who once reported directly to Miscavige, has said that the church’s leader is shielded in numerous ways by Scientology against summonses and subpoenas.

In the lawsuit, Gawain Baxter said his parents put him in a Sea Org nursery when he was two months old.

At the age of six, he was forced to sign the one billion year contract, and went to live in a Cadet Org dormitory with around 100 other children.

‘Children over six years old are considered to be and are frequently told that they are adults and that they should act and expect to be treated as adults.

‘They are now even called children; rather they must be referred to as “Cadets”‘ the lawsuit says. 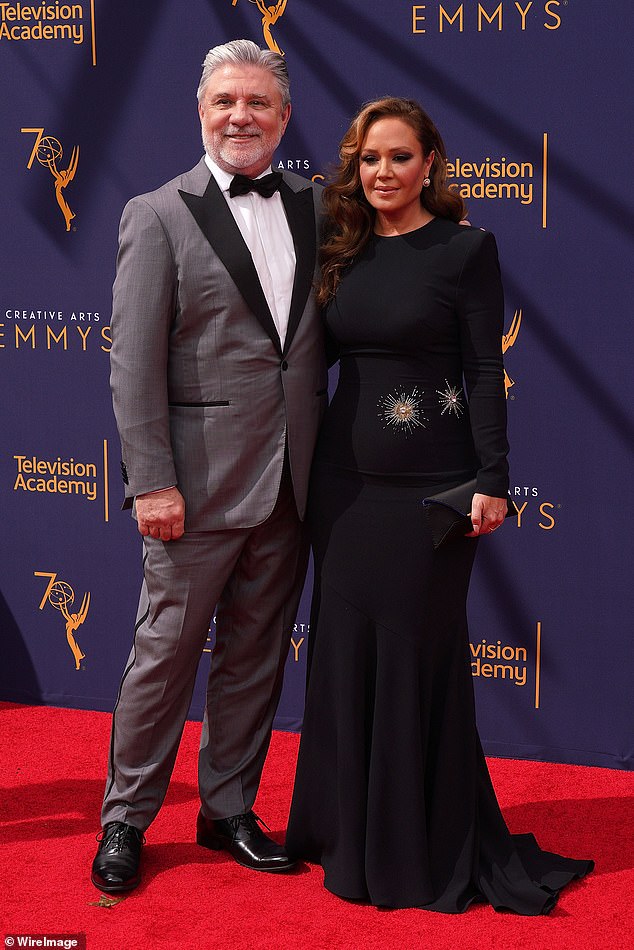 They claimed that the church organizers and Sea Org supervisors only allowed them to see their parents once a week, but that visits could be canceled at a moment’s notice if they deemed the child to be in trouble.

‘From the ages of six to fourteen, Gawain was not permitted to attend any accredited public or private school. Instead, schoolwork consisted of two to three hours per day of basic reading, writing, and math in a classroom of thirty other children, under the supervision of Linda Hilton, Cadet Coordinator’s spouse.

‘Beginning when Gawain was ten years old, he was required to spend one to two hours daily in Scientology indoctrination courses as well.

‘The cost of each course was recorded as a debt that Gawain was told he would owe if he ever left Cadet Org or Sea Org,’ the lawsuit alleges.

On top of his ‘schooling’, he says he was required to perform ‘five to ten hours a day’ of unpaid labor.

When he was 14, he says he was moved into a different phase of the program where he was forced to perform up to 12 hours a day of unpaid labor, renovating properties and cleaning them.

‘Gawain was sleep-deprived, given inadequate time to eat, and verbally abused by his adult supervisors,’ the trio’s attorney said.

A spokesman for the church denied the allegations, saying, ‘The allegations are both scurrilous and ridiculous and the lawsuit is both a sham and a scam. Valeska Paris already wasted the time of law enforcement when she made these fraudulent claims years ago.

‘It is public record they closed her file stating “There are no corroborating witnesses or evidence provided to support the allegations.”’