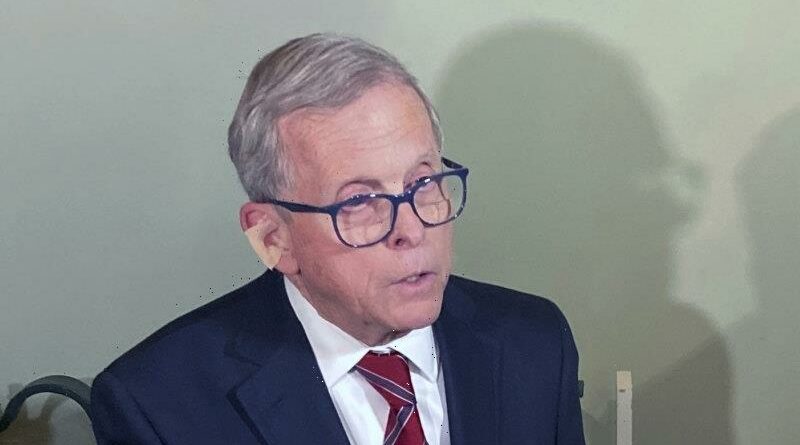 Columbus: Ohio school districts could begin arming employees as soon as this autumn under a bill signed into law by Republican Governor Mike DeWine.

The law, as enacted, requires up to 24 hours of training before an employee can go armed, and up to eight hours of annual training. The training programs must be approved by the Ohio School Safety Centre, and DeWine announced he’s ordering the centre to require the maximum 24 hours and the maximum eight hours. 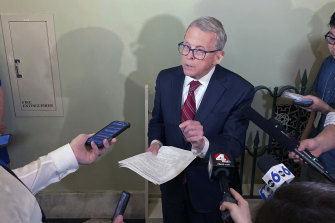 Ohio Governor Mike DeWine discusses proposals to improve school safety in the state following this week’s massacre of 19 children and two teachers in a Texas elementary school, on Friday in Columbus, Ohio.Credit:AP

Schools can provide additional training if they wish, DeWine said.

Before announcing the bill signing on Monday, New York time, the governor outlined several other school safety measures he and lawmakers have promoted, including $US100 million ($144 million) for school security upgrades in schools and $US5 million for upgrades at colleges.

The state is also adding 28 employees to the school safety centre to work with districts on safety issues and to provide training under the new law. Ohio has also provided $US1.2 billion in wellness funding for schools to address mental health and other issues, the governor said.

The new law “is giving schools an option, based on their particular circumstances, to make the best decision they can make with the best information they have,” DeWine said.

The governor said his preference remains that school districts hire armed school resource officers, but said the law is another tool for districts that want to protect children. He emphasised that it’s optional, not a requirement.

Several big-city Ohio mayors — all Democrats — joined together on Monday afternoon to criticise the measure and failure of Republican lawmakers to consider any gun control proposals. The mayors are seeking universal background checks, red flag laws to take firearms away from anyone who is perceived a threat, raising the legal age for gun purchases to 21, and a ban on assault rifles like the kind used in the Uvalde, Texas, school shooting that killed 19 elementary students and two teachers.

“All of these things are common sense,” said Toledo Mayor Wade Kapszukiewicz. “We’re in a situation where we can’t pass legislation that 95 per cent of our citizens support.”

Also on Monday, former Dayton Mayor Nan Whaley, DeWine’s Democratic opponent for governor, criticised DeWine for signing the armed school employees bill, saying he had failed to make good on his promise to address gun violence after a mass shooting in Dayton killed nine people and wounded more than two dozen in August 2019.

Whaley also criticised DeWine for previously signing bills that eliminated Ohioans’ duty to retreat before using force — the so-called “stand your ground” bill — and made a concealed weapons permit optional for those legally allowed to carry a weapon. The concealed weapons change took effect Monday.

“The politics got hard and Mike DeWine folded,” Whaley said. “Nine people in Dayton was worth the political risk.”

In the wake of the Dayton massacre, DeWine announced his “STRONG Ohio” plan to address gun violence. His proposals include higher penalties for violent felons caught with guns and ensure that mentally ill people don’t have guns if a court deems them dangerous to themselves and others.

Cracking down on violent felons is also a way to protect children, the governor said. “We’re seeing a lot of children who are killed not in school, but in their own homes, on their own streets,” DeWine said. “And they’re killed by violent offenders, and they’re usually repeat violent offenders, who are shooting randomly, or shooting at somebody and the kid gets in the way.”

DeWine on Monday once again called on fellow Republican lawmakers to approve those measures, though they’ve shown no interest in the bills so far.

Democrats have said the law sends the wrong message coming so soon after the Uvalde massacre.

Republicans say the measure could prevent such shootings.

Lawmakers fast-tracked the legislation to counter the impact of a court ruling that said, under current law, armed school workers would need hundreds of hours of training.

The measure is opposed by major law enforcement groups, gun control advocates, and the state’s teachers unions. It’s supported by a handful of police departments and school districts.