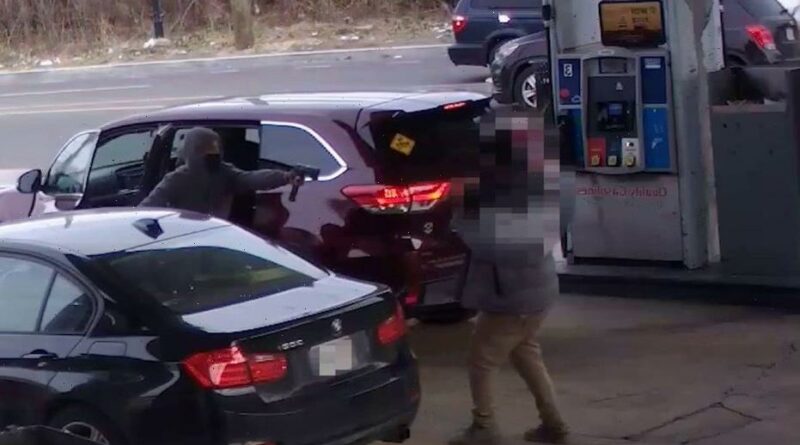 Nate Fleming, a Democrat attorney running for D.C. Council at-large, said he was the victim seen in police video being carjacked at gunpoint at a gas station Saturday.

A Democratic candidate for Washington D.C. City Council who says he was carjacked in broad daylight by masked men in the nation’s capital over the weekend is demanding better community policing to tackle the public safety crisis, exasperated by an increasing trend in young offenders committing violent crimes.

The D.C. Metro Police Department released snippets of surveillance video Tuesday that showed four suspects who were wanted after the broad daylight auto robbery that happened around 1:30 p.m. Saturday at a gas station in the 4200 block of Nannie Helens Burroughs Avenue, NE.

Nate Fleming, a Democrat attorney running for D.C. Council at-large, tweeted a link to the police video claiming he was the victim of the carjacking. Video shows four masked individuals pull up in a red SUV and quickly jump out. One brandished a gun, pointed it at Fleming and demanded his car keys, according to a statement released by the candidate. Fleming turned over his keys, and the suspects drove off.

The video shows one of the suspects run into the gas station’s convenience store. Police asked anyone who can identify the people or the vehicles in the video to call 202-727-9099 or text 50411.

“I’m shocked, angry and a bit embarrassed,” Fleming said in a statement posted to Twitter. “To be threatened at gunpoint is shocking, but I am not surprised to have been attacked given the crisis we are facing with carjackings and violence in general in our city. Increasing public safety is at the heart of why I’m running for a citywide Council seat.” 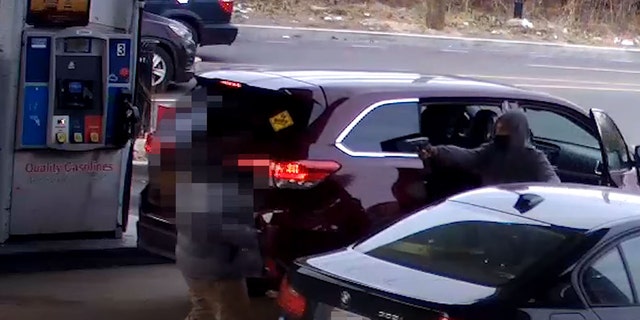 “These carjackings are evidence that the perpetrators of violent crimes are getting younger and younger,” the candidate added. “We must attack public safety as a short-term issue, but we must recognize that violence is a symptom of long-term issues like educational inequality, lack of economic opportunity and the lack of mental health care resources in our community.”

“We must also commit ourselves to ensuring there is strong relationship-based policing in our communities,” Fleming said. “The police responded to this incident quickly and professionally, but we must put our force in position to be more preventative of these types of crimes through stronger community-based policing.”

Fleming said his campaign outlines an approach to addressing public safety by expanding the summer youth employment program to a year-round program for thousands of D.C. teenagers, investing $20 million into a young adult employment program focused on underemployed residents ages 18-30 and a vision called “universal afterschool,” meant to ensure all students are connected to a high quality after-school program “regardless of the ability or inability to pay.”