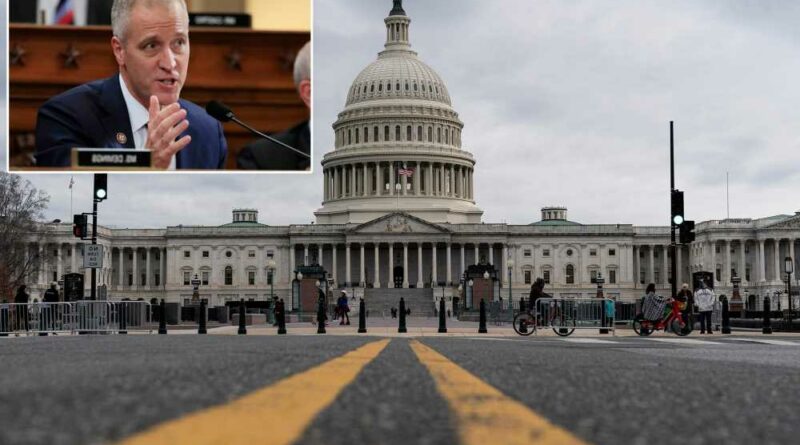 Sorry, but the Biden era will never be a New Deal 2.0

Sen. Manchin says he was ready to ‘stay and fight’ during Capitol riot

Joe Manchin disputes claim he is a ‘roadblock’ in the Senate

The Democratic congressman leading the party’s campaign arm has come out in favor of abolishing the filibuster to push through Congress another $4 trillion in big-government spending plans being pitched by President Biden.

In an op-ed published Tuesday by The Hill, Rep. Sean Patrick Maloney (D-NY), who leads the Democratic Congressional Campaign Committee, called the Senate filibuster rule a “relic” that allowed the body to choose “gridlock over progress.”

“Democrats must eliminate the filibuster, a shameful anti-democratic relic of Jim Crow, so that we can secure the right to vote and fulfill our promises to the American people,” the New York lawmaker wrote.

Maloney, who represents the more conservative-leaning Hudson Valley, went on to defend progressive pressure on the Democratic Party to push through legislation — with no Republican support — that appeals to its far left flank, led by the likes of New York Rep. Alexandria Ocasio-Cortez and Vermont Sen. Bernie Sanders, both avowed socialists, while they still have control of both chambers of Congress as well as the White House.

“The American people put Democrats in charge because they’re tired of Washington not working for them. We have no choice but to take bold action to tackle the problems that keep folks up at night — and that starts with eliminating the filibuster,” he argued.

“Democrats aren’t going to win on a platform of inaction. To keep our promises to the American people, we must get out of our own way.”

Budget reconciliation allows the majority party to bypass the legislative filibuster, the Senate rule requiring 60 members to end debate on most topics and move forward to a vote.

The Senate is split 50-50 between Republicans and Democrats, though Vice President Kamala Harris, as Senate president, has a tie-breaking vote. Still, 51 votes are not enough under current rules to break through the filibuster.

But history dictates there is a strong likelihood that Democrats could lose their House majority in the 2022 midterm elections.

In recent months, Democrats have faced growing pressure from inside the party to abolish the filibuster in order to push the party’s more ambitious legislative efforts through the Senate before they lose that advantage.