Legendary deaf stuntwoman Kitty O’Neil who plunged 180ft from a helicopter without a parachute, broke female land-speed record and starred in The Blues Brothers dies of pneumonia at 72

A deaf stuntwoman and daredevil who became the world’s fastest woman has died at the age of 72.

Kitty O’Neil performed stunts on TV shows and films before claiming the land-speed record for women in 1976.

She was a stuntwoman for Lynda Carter on the 1970s TV series of Wonder Woman and doubled for Lindsay Wagner on The Bionic Woman.

O’Neil also featured in The Blues Brothers, in Smokey and the Bandit II, the Omen II, Airport ’77, as well as performing the stunts in a TV movie of her own life – Silent Victory: The Kitty O’Neil Story – standing in for star Stockard Channing.

During her career she was set on fire multiple times and was the first woman to pull off a ‘cannon-fired car roll’, in which an explosive charge is put under the vehicle which causes it to repeatedly roll over. 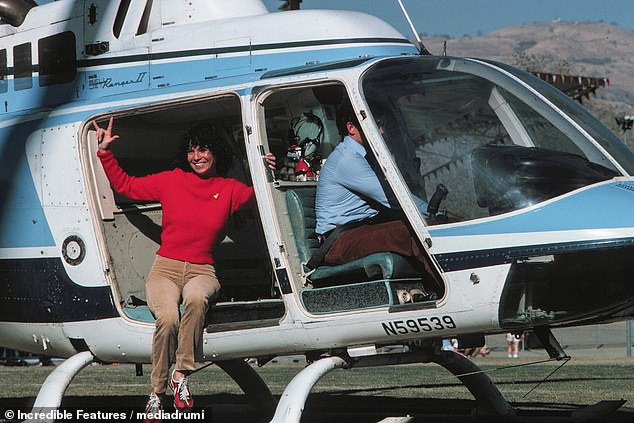 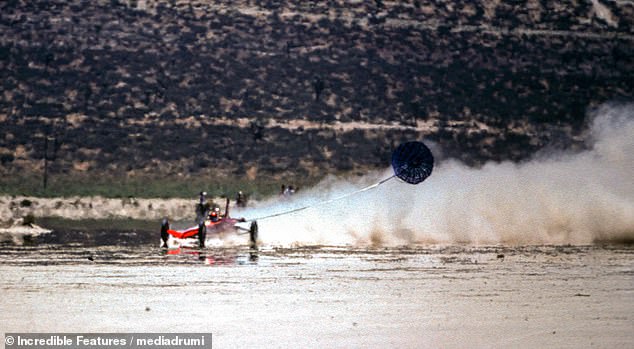 O’Neil set a land-speed record in her rocket car, The Motivator, in the Alvord Desert in Oregon where she hit speeds of 512mph 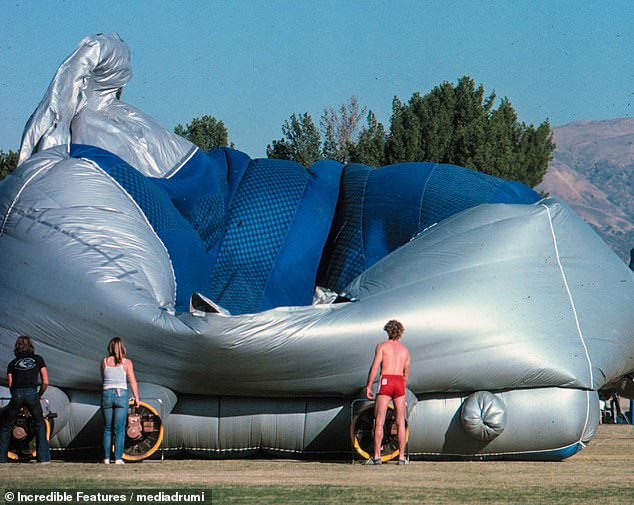 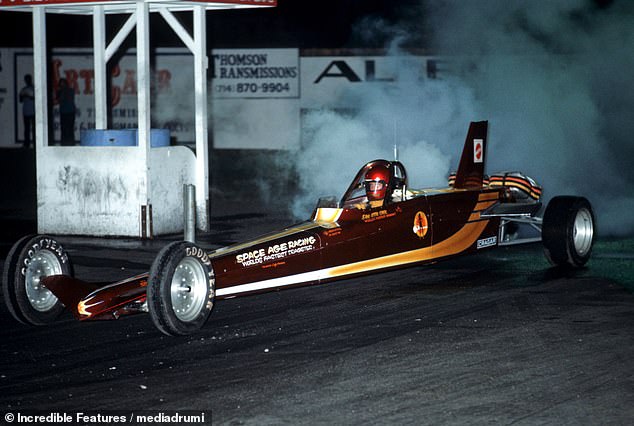 Her success as a stuntwoman led her into the world of speed racing and she set a land-speed record for women in 1977, which still stands today.

She got into the record books by travelling at an average of 512mph through the Alvord Desert in Oregon in a rocket-powered car called The Motivator.

In total she set 22 records, including on water where O’Neil set world speed records at 275mph in a jet-powered boat called Captain Crazy and broke records on water-skis at 105mph.

O’Neil, who lost her hearing when she was four months old after contracting a fever from measles, also had a Barbie doll made in her image, complete with a yellow jumpsuit and helmet.

The 5ft 2in Texan was also a champion three-meter and platform diver as well as racing boats, motorbikes and dune buggies. 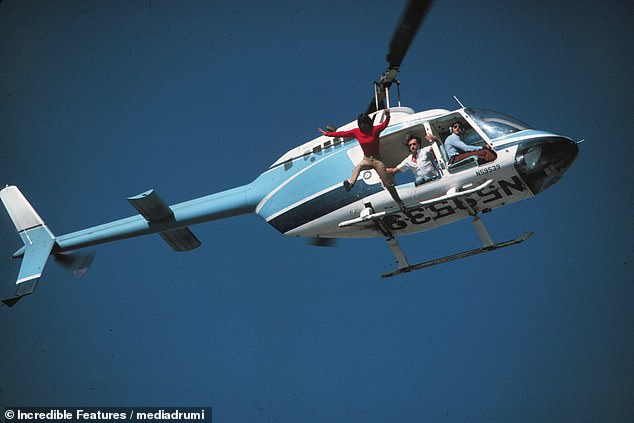 The moment Kitty launched herself towards the air bag below. She told a reporter in 2015 she was ‘not afraid of anything’ She fell 180ft before landing on a huge air bag. When she performed a similar stunt from a hotel roof in LA she said ‘if I hadn’t hit the center of the bag, I probably would have been killed’ Fearless stuntwoman, Kitty, with her team and the rocket car in 1977 as she breaks the women’s land-speed record

Her most famous Hollywood stunt was in 1979 when she plunged 127ft headfirst from the top of the Valley Hilton hotel in Los Angeles onto an inflatable air bag on the pool terrace below while dressed as Wonder Woman.

‘If I hadn’t hit the center of the bag, I probably would have been killed,’ she told The Washington Post in 1979.

She then broke the high-fall record again in 1976 when she plunged out of a helicopter at 180ft without a parachute at a height she said made the airbag look like a ‘postage stamp’.

But her hopes of competing in the 1964 Summer Games in Tokyo for the diving team were dashed when she broke her wrist and contracted spinal meningitis, which threatened to paralyze her. 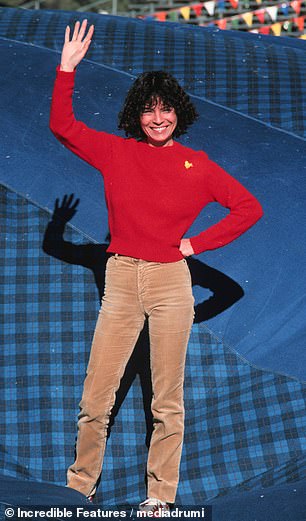 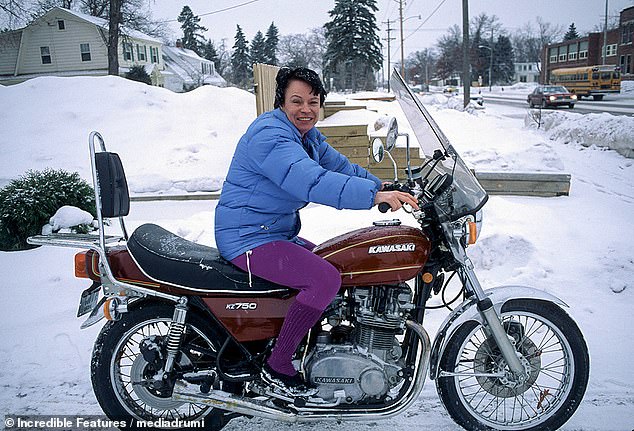 She poses on a motorcycle in South Dakota after retiring. Kitty was a champion three-meter and platform diver as well as racing boats, motorbikes and dune buggies 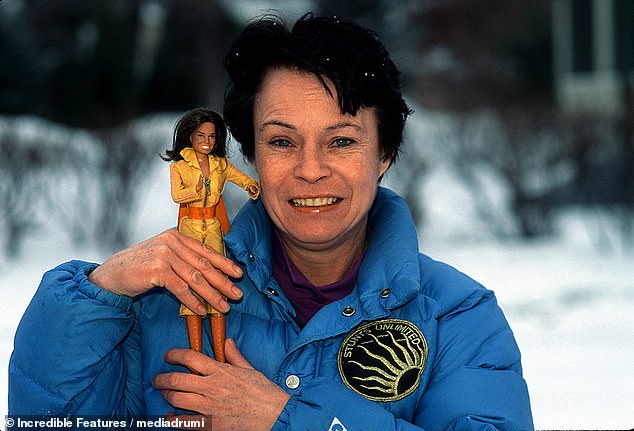 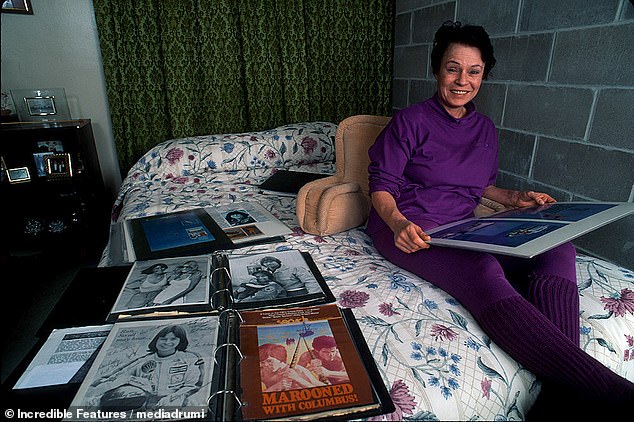 While filming a TV show in 1978, she flipped a rocket-powered Corvette while trying to set a quarter-mile speed record in the Mojave Desert in Nevada.

‘I’m not afraid of anything, just do it. It feels good when you finish, you made it,’ she told a reporter in 2015.

O’Neil, whose mother was a Cherokee Native American, died in South Dakota when she went to retire, at the age of 72.

It is thought she had suffered from pneumonia and heart attacks before she died last Friday.