Kuala Lumpur: Malaysia's Immigration Department said Saturday that scandal-ridden former prime minister Najib Razak and his wife have been barred from leaving the country, shortly after he announced plans for a short holiday. 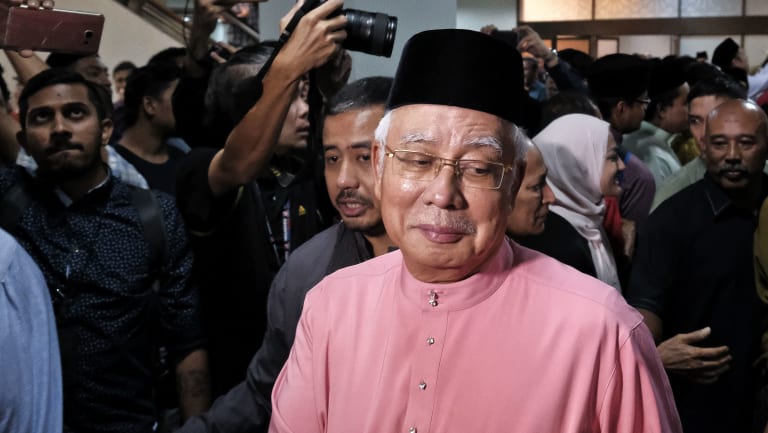 A leaked flight manifesto shows Najib and his wife Rosmah Mansor were due to leave on a private jet on Saturday to Jakarta, fuelling rumours he was fleeing the country to escape possible prosecution over a massive corruption scandal involving the 1MDB state fund. His coalition suffered a shocking electoral defeat this week that ended its 61-year-rule.

Najib's statement on social media didn't say where he was heading to but he said he was committed to "facilitating a smooth transfer of power." He apologised for his mistakes and shortcomings and said he intended to continue serving the people.

"I pray that after this divisive period, the country will unite," he said.

The Immigration Department, which had initially said there was no travel blacklist for Najib, later issued a brief statement saying the couple "have just been blacklisted from leaving the country."

Najib responded swiftly by saying he respected the department's ruling and would stay with his family in Malaysia.

His holiday plans come as strong calls emerged from his ruling Malay party, which dominates the Barisan Nasional coalition, for Najib to step down over the election results. 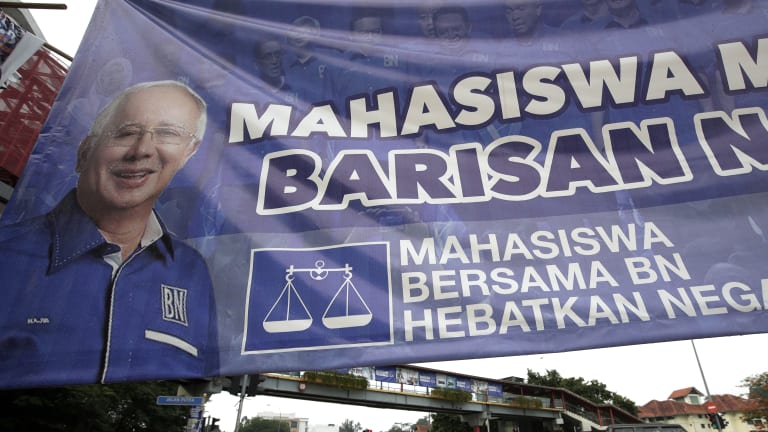 Vehicles pass by a campaign poster of defeated Najib Razak on display along a street in Kuala Lumpur.

The Barisan Nasional, which has ruled Malaysia since independence from Britain, obtained only 79 of the 222 parliamentary seats, losing power to Mahathir Mohamad's four-party alliance amid public anger over the weakth fund scandal and rising cost of living.

It was a remarkable comeback for Mahathir, who was prime minister for 22 years until his retirement in 2003.

Mahathir, now the world's oldest elected leader at 92, has said his government would not go seek revenge over the 1MDB fiasco but that Najib would have to face the court if he was found to be responsible.

The fund was started by Najib when he took power in 2009, but it accumulated billions in debts and is being investigated in the US and several other countries. US investigators said Najib's associates looted $US4.5 billion from the fund, of which $US681 million landed in Najib's bank account and some $US30 million used to buy jewelry for his wife.

Najib denies any wrongdoing. He sacked critics in his government including an attorney -general and a deputy prime minister and muzzled the media. The new Attorney-General Mohamed Apandi Ali cleared Najib in 2016, saying the money was a donation from the Saudi royal family and that most of it was returned.

Mahathir, who is due to name his cabinet later on Saturday, has indicated that Mohamed Apandi would be axed for hiding evidence of wrongdoing.