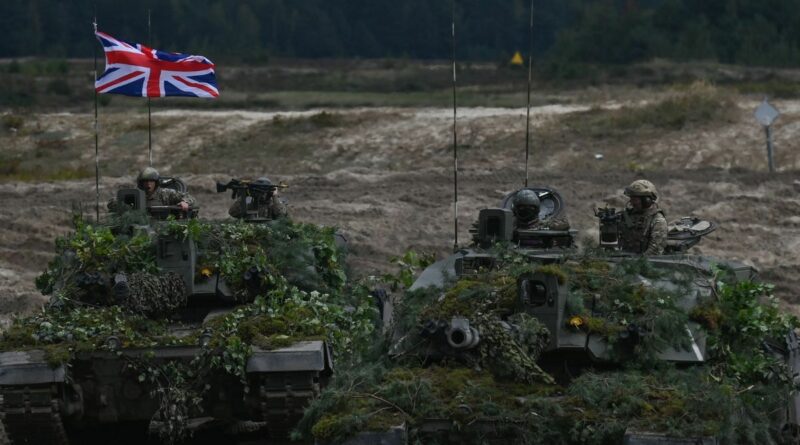 Russian soldiers ask for a ‘solution’ after being branded deserters

War in Ukraine has highlighted the UK’s own defence needs, with Members of Parliament and military experts demanding more investment to equip our Armed Forces to counter emerging threats. Defence analyst Nicholas Drummond had told Express.co.uk that the UK military must be armed with state-of-the-art armour amid fears its aging and hollowed-out tank force could be unable to prevail against modern foes.

Mr Drummond said: “Right up until 24 February last year, people were saying that tanks were a ‘sunset capability’.

“A year later, people realise that tanks remain a fundamental engine of modern warfare because nothing else provides the brute force shock effect that tanks offer.

“If you want to destroy an enemy force or recapture lost ground, you need a tank. While tanks are vulnerable to anti-tank missiles, they are not as vulnerable as unprotected soldiers are to artillery.

“This means armies need armoured vehicles of all types to prevail on today’s battlefield.”

It comes after Mr Ellwood argued in an article for the Telegraph that Britain needs to look to its own defence in the face of Putin’s war in Ukraine.

“We can now say with confidence that Western tanks are vastly superior to the old Soviet ones. Their ability to punch through enemy defences, seize and hold ground, fight at night and fire accurately on the move is potentially war winning. This shock action is as relevant today as it was in achieving victory in 1918.

“Whilst the UK has done well to push the envelope in the quality and quantity of military support sent by a timid West, we can now clearly see that a squadron of Challenger II tanks alone is not enough to change the course of this war. Indeed, our land warfare capability including tanks, armoured personnel carriers and reconnaissance vehicles is in a sorry state of affairs.”

The MP also expressed concern at the age of Britain’s tanks and fighting vehicles, pointing out that our tanks are more than 20 years old. Mr Ellwood MP said that out Scimitar reconnaissance vehicle is even worse – aged over 50 years old.

He blamed a “litany of procurement problems” for some of the problems the Army faces today.

He says far more state-of-the-art armour is required to make sure that Britain is a viable fighting force in future conflicts and pointed out that only ranks will stop Putin from encroaching futher to the West of the frontlines in Ukraine.