‘I’ve done nothing wrong’: Defiant ‘Dancing Doctor’ defends her YouTube videos shot during surgeries a day before her license is suspended

Medical authorities in Georgia have suspended the license of a doctor who posted videos of herself dancing with a scalpel over anesthetized patients during plastic surgeries.

Georgia’s Composite Medical Board issued the emergency suspension on Thursday, citing a threat to public health and welfare if Dr. Windell Davis-Boutte continues to practice medicine.

A day earlier, a defiant Davis-Boutte denied any wrongdoing in her first televised interview since the controversy erupted, which aired on the Headline News cable network. 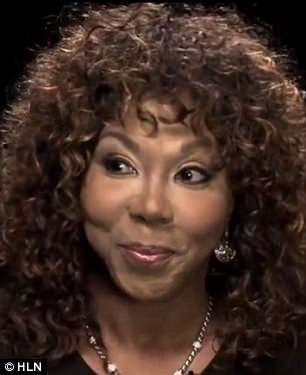 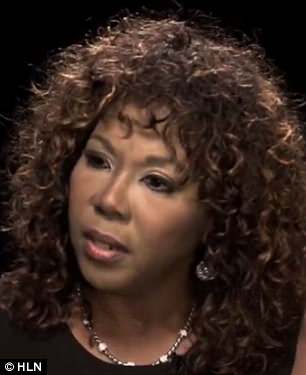 Speaking out: Dr Windell Davis-Boutte sat down for an interview with HLN on Wednesday, proclaiming that she has done nothing wrong, and that all her dancing videos were made with her patients’ consent

The board-certified dermatologist went on to say that all the YouTube videos were planned and staged with her patients’ consent, although some patients said they never signed consent forms.

Boutte suggested that the videos, which she insisted were filmed in a safe and controlled environment towards the end of surgeries, have been taken out of context.

‘Had I had the forethought and the foresight that an entity could take those innocent, consented, educational and celebratory videos, misconstrue them, edit and fabricate the context, and use it for negative agendas, I would not have done it,’ she said.

The medical board said one of Davis-Boutte’s patients, Sherita Cox, suffered a collapsed lung after liposuction and breast augmentation surgery on May 30.

Attorney Susan Witt, who represents three women suing the doctor for malpractice, said the board interviewed her hospitalized client on Wednesday. She also said that nearly 100 women have reached out to her claiming that have suffered in Davis-Boutte’s care.

Among Witt’s clients is the family of a bride to be, Icilma Cornelius, who went in for a tummy tuck and liposuction in 2016 with Dr. Windell Boutte’s, and was left brain dead.

Boutte’s public YouTube channel, which has since been taken down, showed the Lilburn, Georgia, physician performing surgeries while singing, dancing and cavorting over her exposed patients.

Witt said many of the women who have come forward did so because they felt Boutte had a lack of care and concern for her patients. 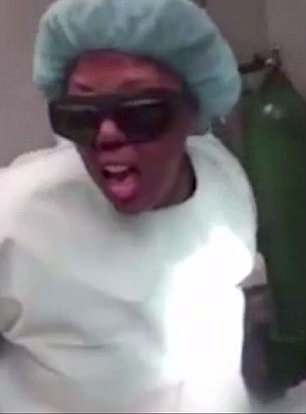 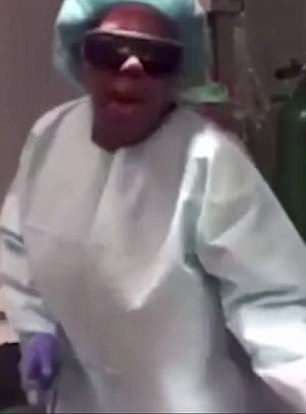 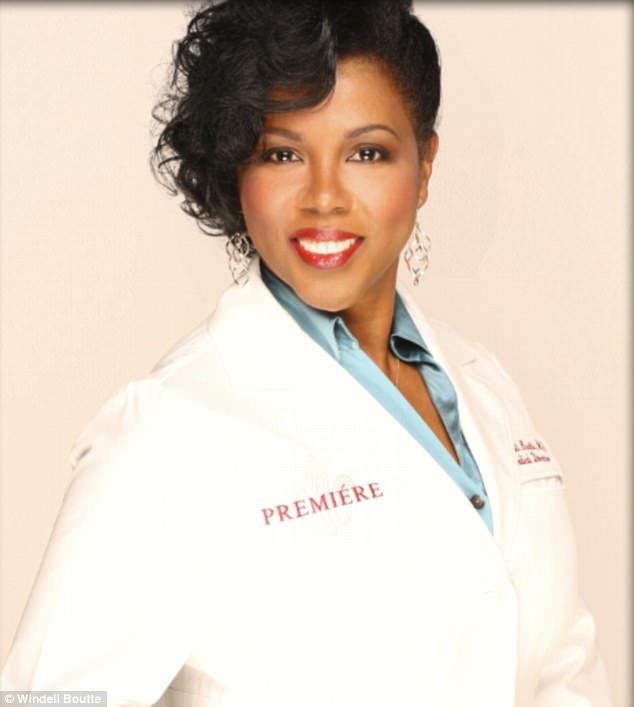 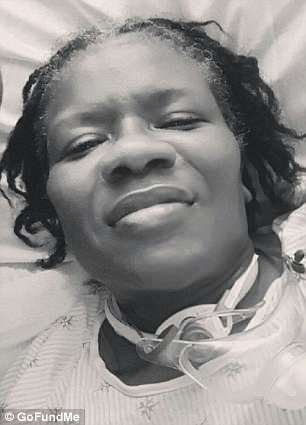 Icilma Cornelius was just weeks away from getting married and earning her PhD when she visited Boutte for a tummy tuck and liposuction in 2016. She did not get married (pictured, and left with son Ojay Liburd)

Additionally, at least two of the women who came forward to Witt said that they were able to identify themselves in the YouTube videos.

‘I think in this day and age, patients do have to be their own advocate,’ Witt said. ‘This has been a cautionary tale which I believe patients can learn from.’

While Boutte advertises that she is ‘board certified in both surgery and dermatology,’ she is a certified dermatologist and not a board-certified plastic surgeon or general surgeon, according to the Atlanta Journal Constitution.

In Georgia, licensed doctors are authorized to perform surgery, even if it is not their specialty.

‘I think in this day and age, patients do have to be their own advocate,’ Witt said. ‘This has been a cautionary tale which I believe patients can learn from.’

‘I would not recommend having surgery anywhere other than a hospital or ambulatory surgical center,’ Witt cautioned.

In the more than 20 videos that were previously posted to Boutte’s YouTube channel, the doctor is seen cutting into a patient’s abdomen as she sings along to the O.T. Genasis song ‘Cut It.’

In a recent interview with WSB-TV, Latoyah Archine Rideau identified herself as the patient in the ‘Cut It’ video and said the surgery left her feeling ‘disfigured.’

‘To see that video, with my flesh being cut without a straight line, and [her] dancing while cutting me, that’s horrible,’ Rideau told the station, adding that she never signed a consent form for the video.

In another clip, Boutte is seen leaning over a patients half-bare buttocks without a mask or gloves on, while rapping the lyrics to Migos’ ‘Bad and Boujee.’ In that video Boutte tells the camera, ‘My patients are bad and boujee. Building up fat in the booty.’

‘You could not present a patient in a more undignified manner,’ Witt has said.

Thus far Boutte has five malpractice lawsuits pending against her and has reached four settlements, according to CNN.

Cornelius was just weeks away from getting married and earning her PhD when she visited Boutte for a tummy tuck and liposuction in 2016. 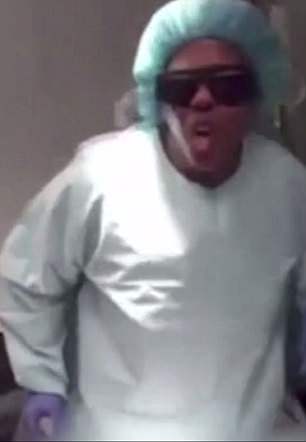 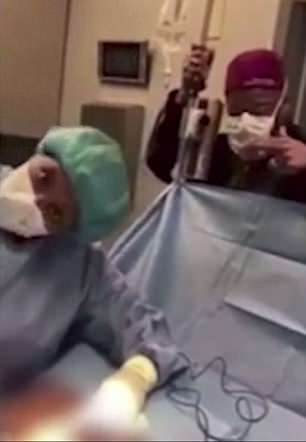 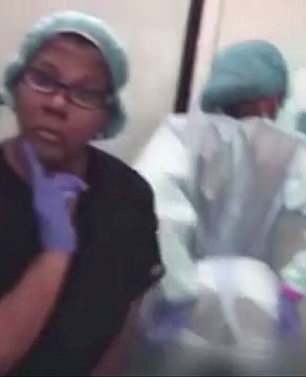 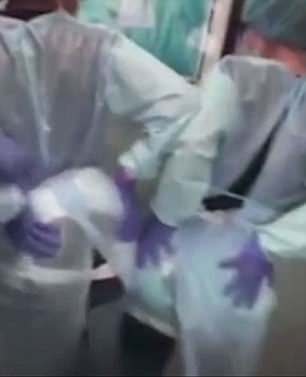 Cornelius was just weeks away from getting married and earning her PhD when she visited Boutte for a tummy tuck and liposuction in 2016. She did not get married

But Cornelius’ heart stopped after she was left on the operating table for more than eight hours. She will now need care for the rest of her life, and did not end up getting married.

‘She just wanted to be perfect for her wedding dress,’ Liburd said. ‘She had everything going for her.’

‘That was the first time I ever saw my mom helpless.’

Liburd has a GoFundMe page to help defray costs of caring for his mother.

Mitzi McFarland said after her own liposuction with Boutte, she ended up with incisions  that looked ‘more like Freddy Krueger cut my stomach’.

This isn’t the first time Boutte has come under fire for her work.

In 2013, a woman who went to see Boutte at Premiere Dermatology and Surgery for a scalp irritation said she contracted MRSA during the treatment.

She said she suffered permanent scars on her scalp as a result.