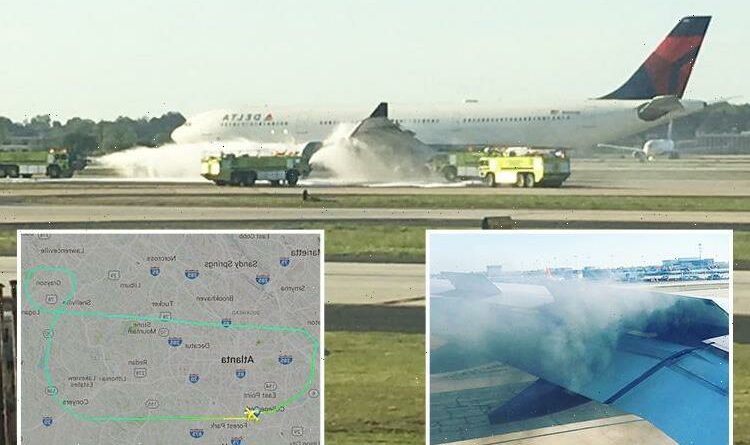 A LONDON-bound jet was forced to make an emergency landing after flames and smoke erupted from the engine – a day after a passenger died on a Southwest Airlines flight.

Terrifying footage showed firefighters putting out flames on the Delta jet on the tarmac in Atlanta, Georgia, after it was forced to turn around just 30 minutes into the flight. 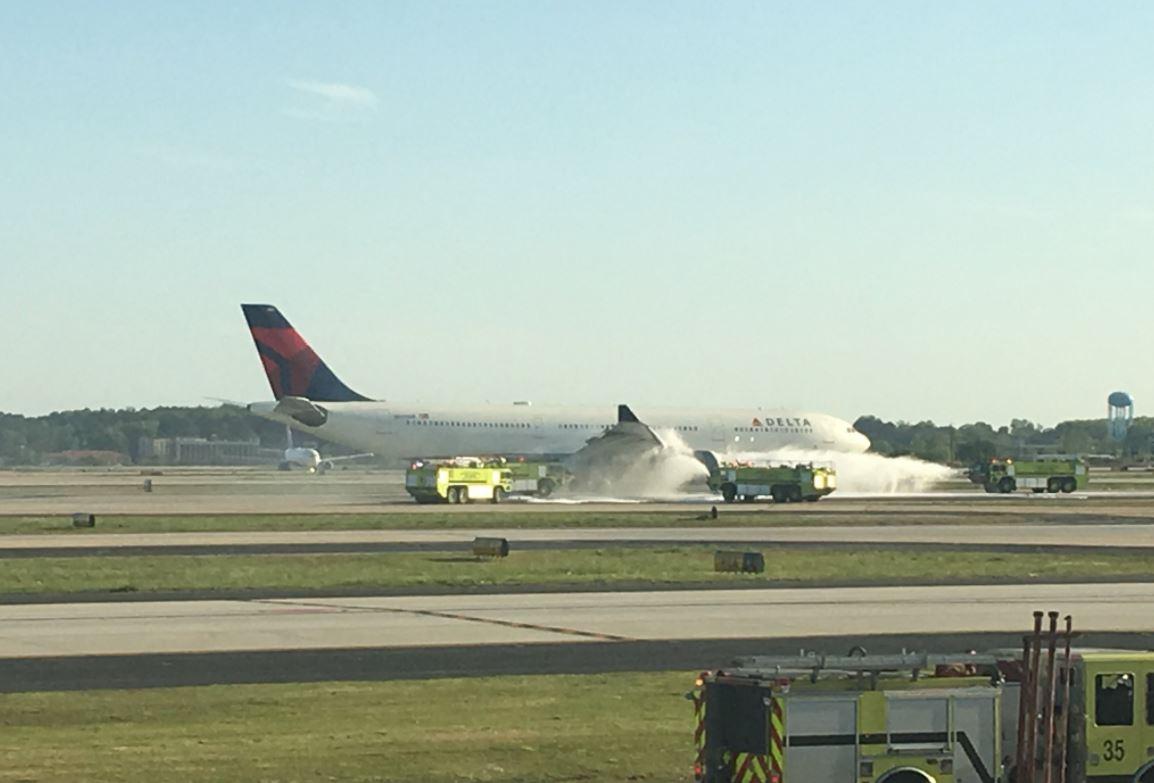 Terrifying pictures showed the three-year-old Airbus A330 – which has different engines to the ill-fated Southwest jet – smothered in thick smoke.

All 274 passengers and 14 crew members were eventually allowed off the plane after it was towed to the gate at Hartsfield-Jackson International Airport.

The 4,700-acre Hartsfield-Jackson site in Atlanta is the world's busiest airport by passenger traffic – accommodating more than 2,600 flights and 260,000 flyers daily, according to its official website.

Atlanta Fire Department sergeant Cortez Stafford said no one was injured in the malfunction. 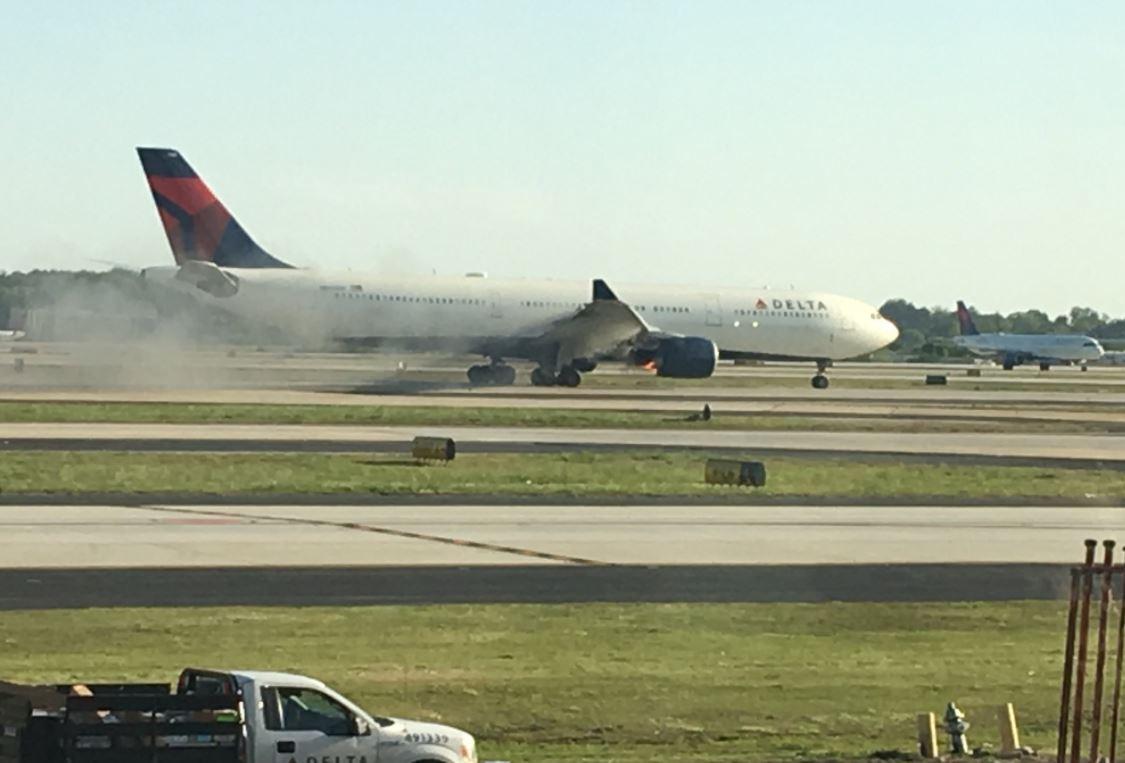 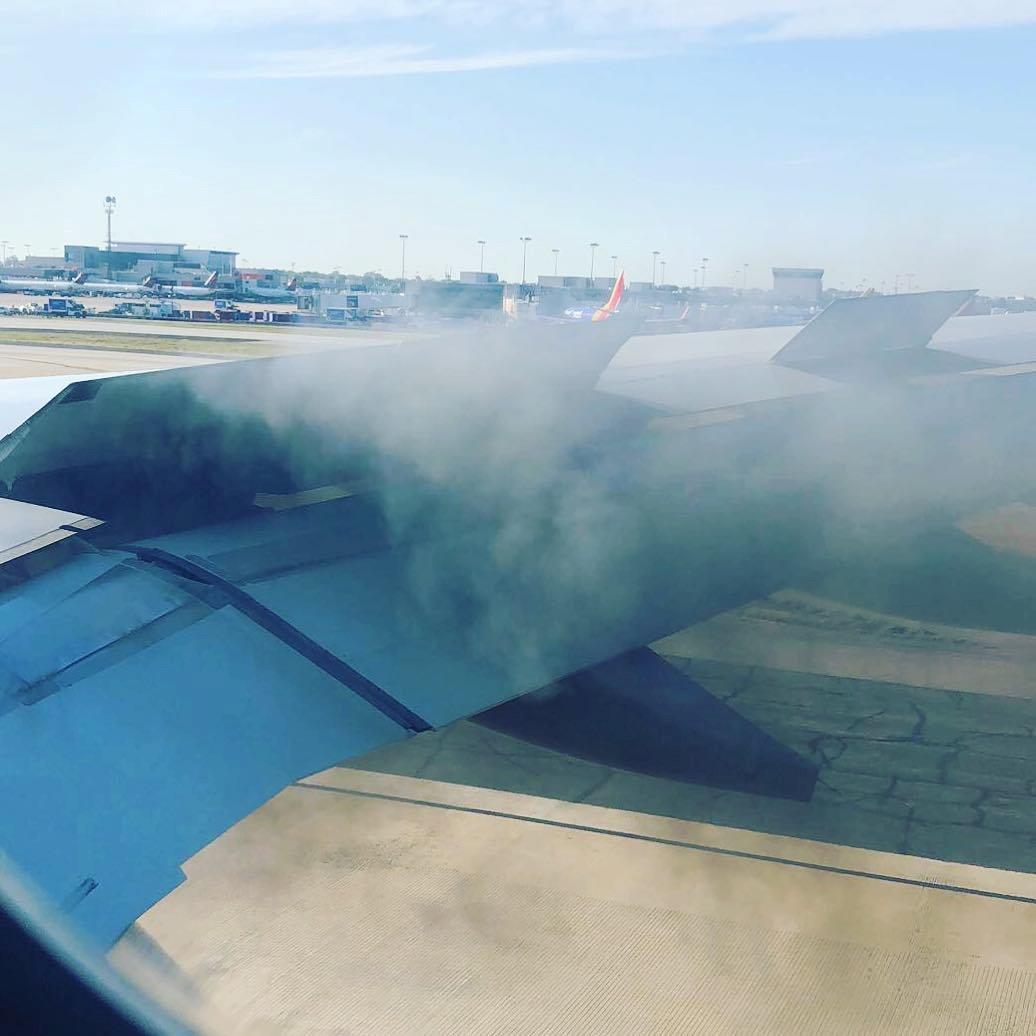 Michael Key, a passenger on board tweeted: "The pilot did good. Delta handled it stride."

It is not yet clear what sparked the fire but Delta said in a statement: "Delta flight 30 from Atlanta to London returned to Hartsfield-Jackson Atlanta International Airport on Wednesday after an issue with its number two engine.

"The flight landed without incident and airport response vehicles met the aircraft upon arrival.

"The airplane was towed to the gate, where customers deplaned through the jetway and will be accommodated on a different aircraft. 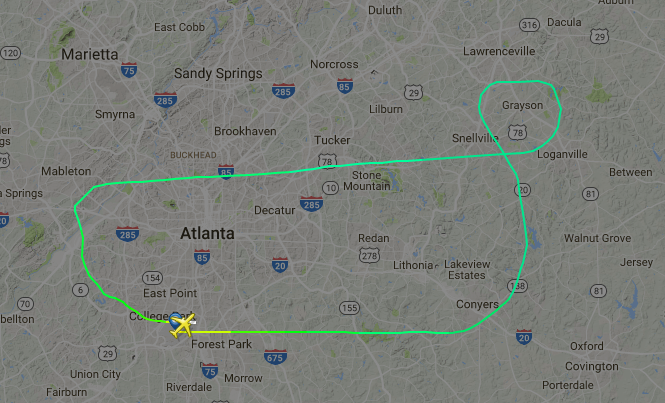 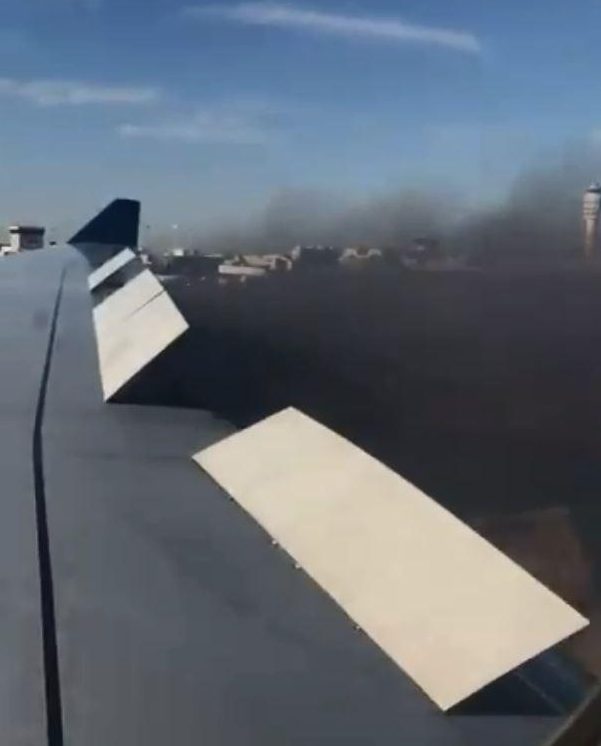 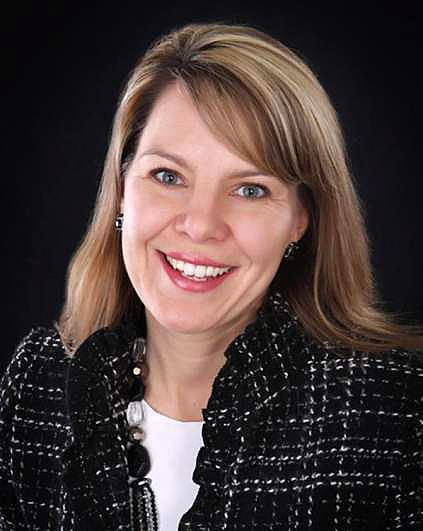 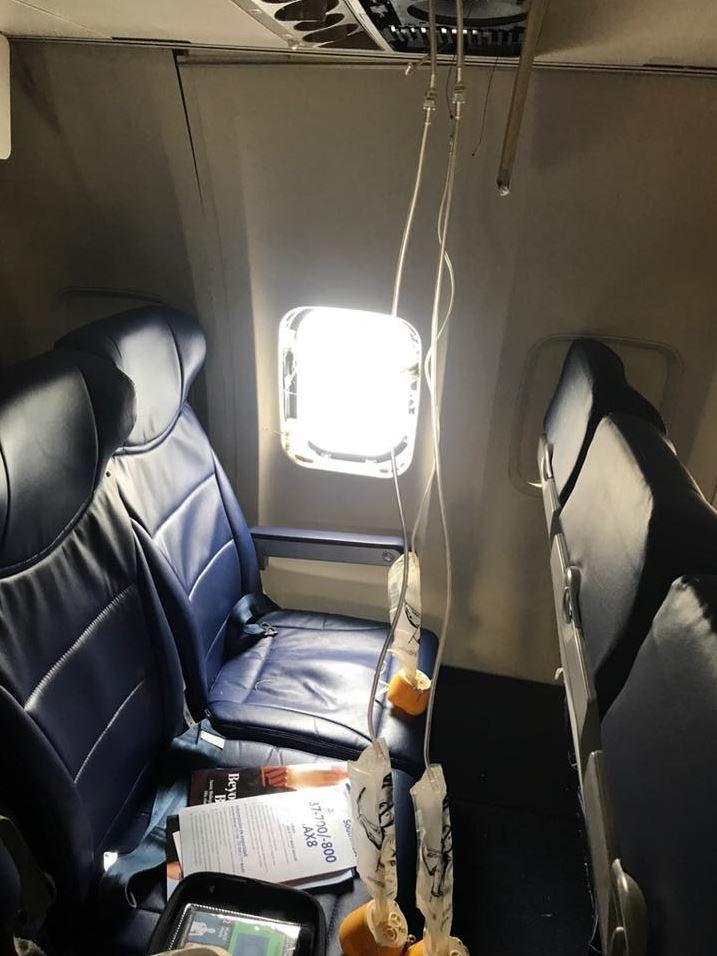 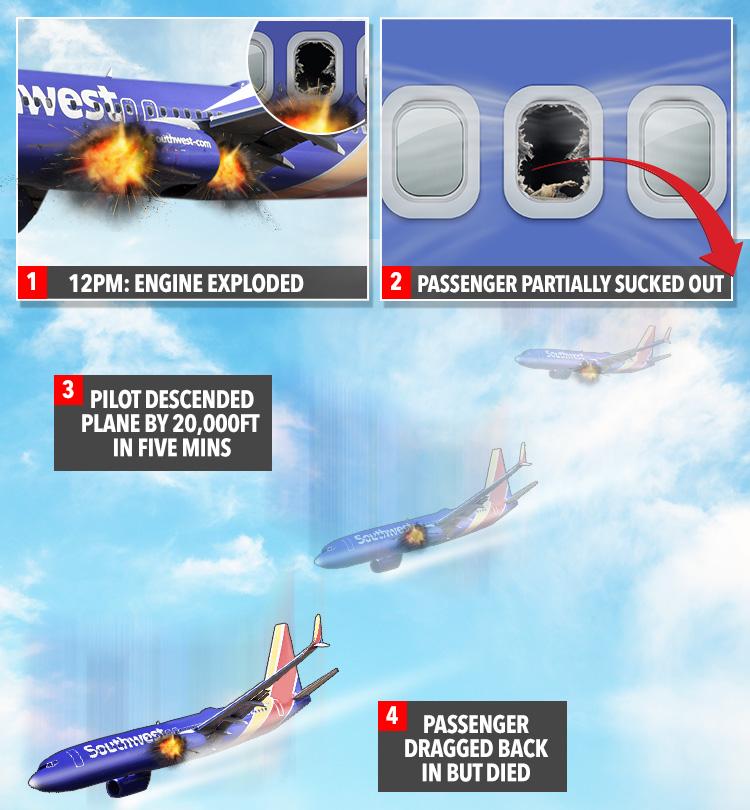 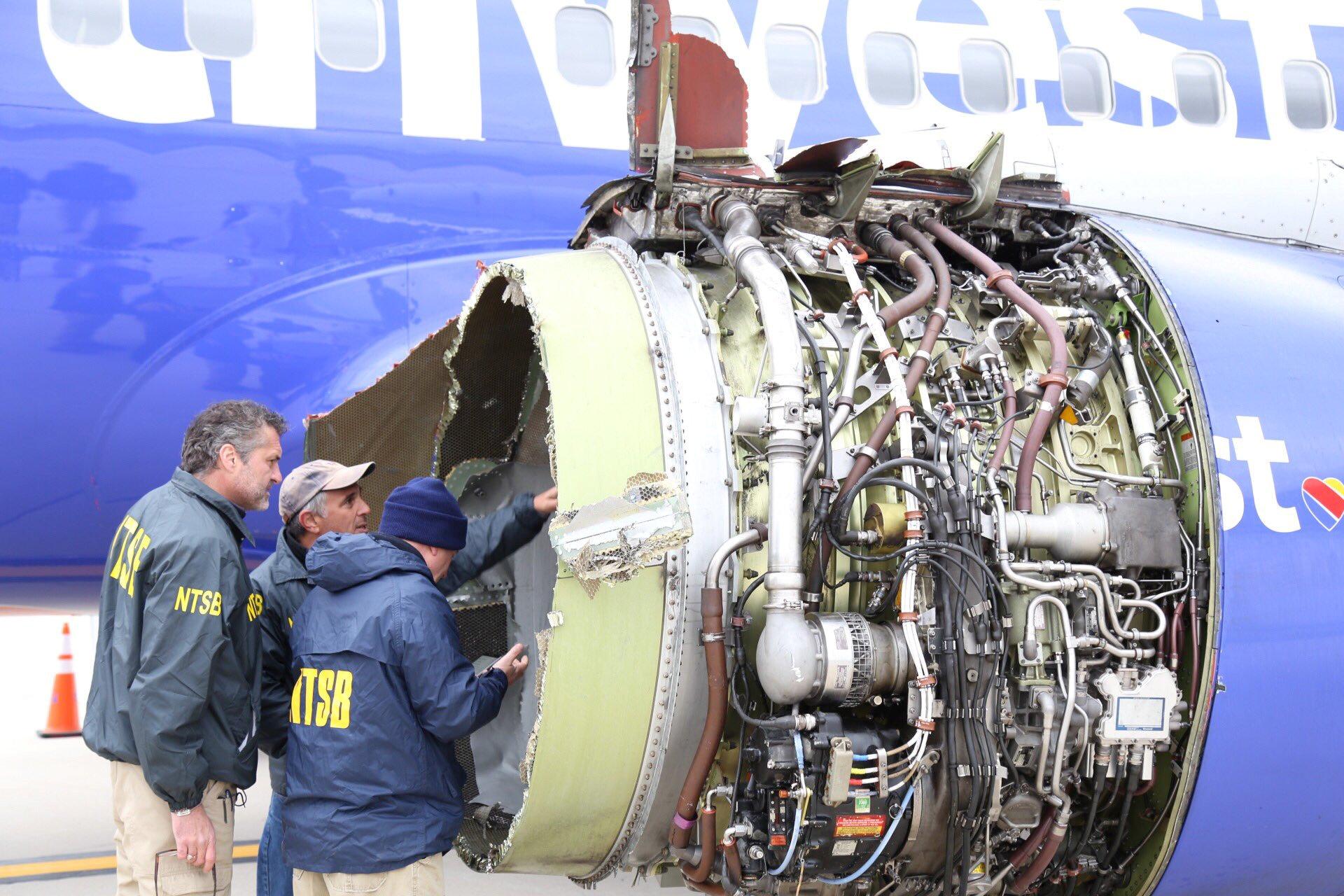 She was partially sucked out of the aircraft on the Southwest flight 1380 from New York to Dallas.

A coroner revealed she died from blunt impact trauma to the head, neck and torso.

A family statement read: "Jennifer’s vibrancy, passion and love infused our community and reached across our country.

"Her impact on everything and everyone she touched can never be fully measured. She and Mike wrote a love story unlike any other. Her beauty and love is evident through her children."

It added: "In her memory – please remember to always be kind, loving, caring, and sharing."

Pilot Tammie Jo Shults is being hailed a hero for safely landing the plane with 143 passengers and five crew on board at Philadelphia.

After the mid-air blast tore a gaping hole in the aircraft's side, she told shocked air traffic controllers "there’s a hole and uh… someone went out."

She quickly and calmly brought the plane into land at Philadelphia International at 11am at a descent of 3,000ft per minute.

Terrified passengers paid £6 for WiFi so they could send goodbye messages to loved ones on Facebook.