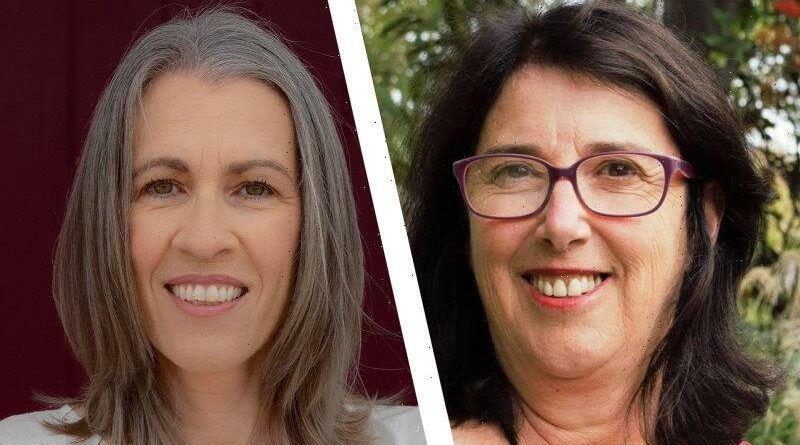 It’s a genteel spot, the Mornington Peninsula, and the contest for the seat of Flinders at the upcoming federal election has shaped up as a suitably civilised affair.

The independent challenge in the seat of retiring Health Minister Greg Hunt didn’t get off to such a hot start when former Mornington Shire mayor Despi O’Connor abandoned the Voices movement and launched her own tilt. 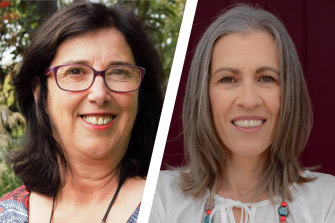 Sarah Russell and Despi O’Connor are both running as independents in the seat of Flinders.

But official Voices of the Mornington Peninsula candidate Sarah Russell has been pouring oil on troubled waters, inviting her rival independent out recently for a coffee and a chat.

Russell told CBD the idea was to get the two women working together for a common purpose: breaking the Liberals’ seven-decade hold on Flinders.

“Despi is not my opponent, the Liberals are,” Russell said on Monday.

But Russell hasn’t stopped there. She says she has hung out with Labor’s candidate Surbhi Snowball, the Greens’ Colin Lane and even erstwhile United Australia Party hopeful Morgan Jonas, before the “freedom” activist dumped Clive Palmer’s outfit on Monday.

O’Connor confirmed the coffee catch-up was cordial but that no deals had been done, telling CBD she would prefer not to do preference swaps with anyone.

Nor is the former mayor prepared to let Russell have all the candidate catch-ups. O’Connor has got together with the Greens campaign team and with Snowball.

“We’re being very civilised because we believe politics should be done differently,” O’Connor said.

Both independents say they have invited Hunt’s heir apparent, Zoe McKenzie, for a catch-up.

We asked McKenzie if she would accept. She didn’t respond.

Shane Warne’s agent and close friend has shouldered much of the international media interest in the leg-spinner’s tragic death. 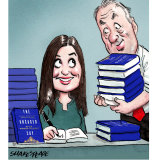 This month, one of Erskine’s newest clients, Melbourne-based academic Kylie Moore-Gilbert, will release her book The Uncaged Sky, chronicling her 804 days in detention in Iran on a charge of espionage after she was detained in 2018 at Tehran Airport following a conference.

Moore-Gilbert, who always maintained her innocence, was released in November 2020 as part of a prisoner swap negotiated in Bangkok with the assistance of senior diplomats including Australia’s former director-general of national intelligence Nick Warner – who is also partly responsible for Moore-Gilbert’s appearance on Erskine’s books.

“Fiona called me up while [Moore-Gilbert] was literally being flown back on a plane – and I’d heard that someone had been locked up but didn’t know much about it – so I said I’d talk to her,” Erskine told CBD.

Moore-Gilbert spent 14 days in quarantine in Canberra before Erskine jetted in to meet her over dinner. She asked the agent if he would help her handle the media.

“I said, ‘Sure,’ ” Erskine said. “She’s very eloquent and very bright and quite single-minded … she knows what she wants and where she wants to be and when I give her advice she takes it – it’s a good relationship.”

Make some space at the front of the plane, Penny Wong. Another ALP heavyweight has ascended to the rarefied air of Qantas’ lifetime platinum status. None other than Opposition Leader Anthony Albanese, who this week revealed he had made it to the top of the frequent flyer pops with more than 75,000 status credits – which are different to points and are a measure of how often you fly.

As this column revealed last week, the new status confers pointy-end privileges including automatic upgrades, lounge access for life and the handy addition of having your bag first off the plane. 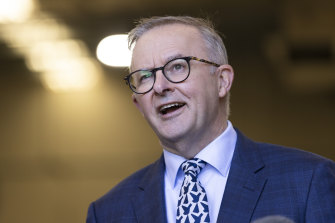 Albo office insiders say their boss is stoked. Who wouldn’t be?

It’s been six months since the State Library of Victoria farewelled investment banking heavyweight – and arguably one of Victoria’s best connected men – John Wylie from its board.

But new chair Christine Christian looks determined to retain the library’s reputation as having one of the nation’s most formidable public arts boards.

This week, Christian welcomed Armitage Associates boss Mark de Ambrosis onto the board. A former MH Carnegie protege, de Ambrosis is also an associate of Melbourne’s well-heeled Schwartz family, with whom he co-founded Armitage.

Cartel brings a bit of pedigree to the board: his father Andrew brought the family to Melbourne from New York when young Alex was just six years old, to take a job with the library.

But there’s a more pressing vacancy to fill inside the library. The CEO’s post has been vacant since August when former ABC executive Kate Torney departed to lead the Peter MacCallum Foundation.

A library spokesperson was giving nothing away on Monday, saying the recruitment process for Torney’s replacement was “in train”.

In early August last year the official word from the institution was that a “global search” for a new chief was already under way. They must be going to the ends of the Earth.