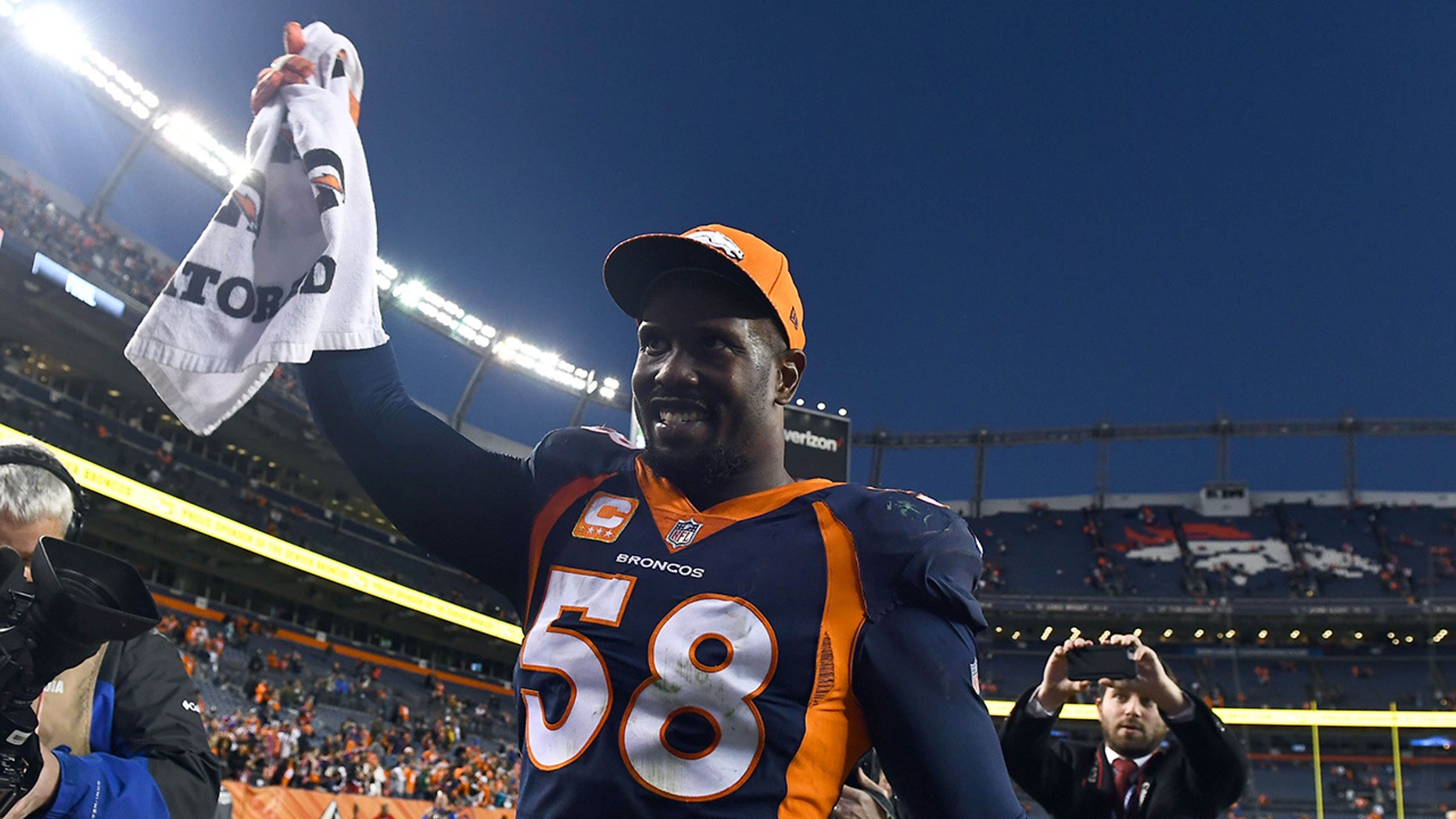 Broncos star Von Miller was not charged after being investigated for his handling of a hammerhead shark.
(USA Today Sports via Reuters)

Miller will not be facing any legal repercussions after a photo of him posing with a hammerhead shark during a fishing trip went viral in April last year.

The NFL player avoided charges in the incident, though the owner and operator of the boat, Spellbound, were each charged with fishing for sharks without the proper permit and failing to release the shark in a way that would allow for the maximum possibility of survival, records issued by the National Oceanic and Atmospheric Administration stated, USA Today reported.

The owner and operator will face charges under the Magnuson-Stevens Act.

Denver Broncos linebacker Von Miller was originally investigated by Florida wildlife officials after he posted a photo of himself on social media holding a large hammerhead shark with blood on it.

The 2015 Super Bowl MVP caught the 9 1/2-foot shark off the coast of Miami over the weekend and posted a picture and video of it on his Instagram story, TMZ Sports reported last year.

The photo prompted immediate backlash from those online.

PETA spokeswoman Ashley Byrne told CBS Denver there was “no excuse” for what Miller did.

“Catching and injuring and possibly killing a hammerhead shark and then prolonging the animal’s suffering and then gloating to take photos is cruel to animals, plain and simple, there is no excuse for that,” she said.

Great hammerhead sharks are prohibited from being caught in state waters, according to the Florida Wildlife Commission’s website.