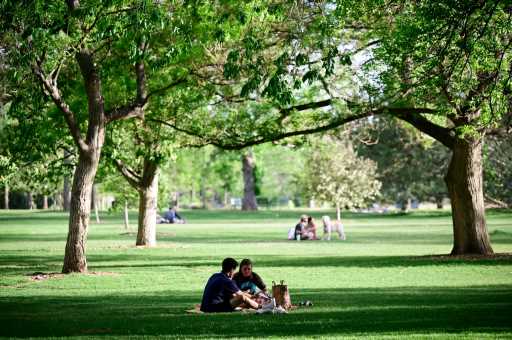 Storms and heavy rain are expected to develop in the mountains along and south of Interstate 70 Monday afternoon, but slow storm motions mean areas east of that only have a limited chance of storms moving into the area.

For most of the morning and afternoon, Denver will have a partly sunny day with a high temperature of 83 degrees.

Sunday was also the first time since March 14, 2021 where more than an inch of precipitation fell, according to the National Weather Service.

Monday’s storms could produce up to an inch of rain in just one hour in some areas, but the flooding threat remains limited and localized.

There is also a limited threat of burn area flash flooding.

Denver has only a 30% chance of storms, as the slow thunderstorms won’t have much of a chance to drift east out of the mountains.

The week ahead also looks fairly dry, and only Thursday has more than a 10% chance of rain showers right now.

The days will mostly be sunny with high temperatures up to 88 degrees.