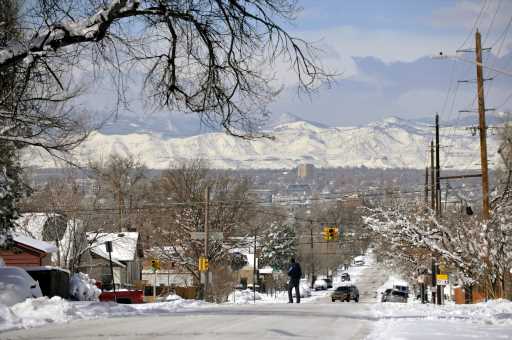 Patchy overnight fog in the Denver area will linger until about 9 a.m. Friday and snow returns to the forecast for the weekend.

Denver skies will be mostly sunny Friday as the high temperature climbs to a seasonable 56 degrees, according to the National Weather Service.

On Saturday, skies over Denver will be mostly sunny and the high temperature will bump up to 60 degrees, but snow returns to the mountain weather forecast for Saturday night.

Mountain snow accumulations will be mostly light on Saturday night, slick roads should be expected, the weather service said. On Sunday and Monday, mountain snow will be more widespread and a mix of rain and snow is forecast for the Eastern Plains.

The Denver weather forecast calls for a chance of afternoon rain on Sunday, mixing with snow after 2 p.m. Skies will be partly sunny and the high temperature will be 44 degrees, the weather service said. The chance for precipitation is 50%.

Rain and snow is likely in Denver on Sunday night, changing to snow after 9 p.m., the weather service said. Skies will be mostly cloudy, the low temperature will be 32 degrees and the chance of precipitation is 70%.

There’s a chance for snow in Denver on Monday, skies will be mostly cloudy and the high temperature will be near 40 degrees. Cooler and unsettled weather will remain in the forecast through the middle of next week, the weather service said.