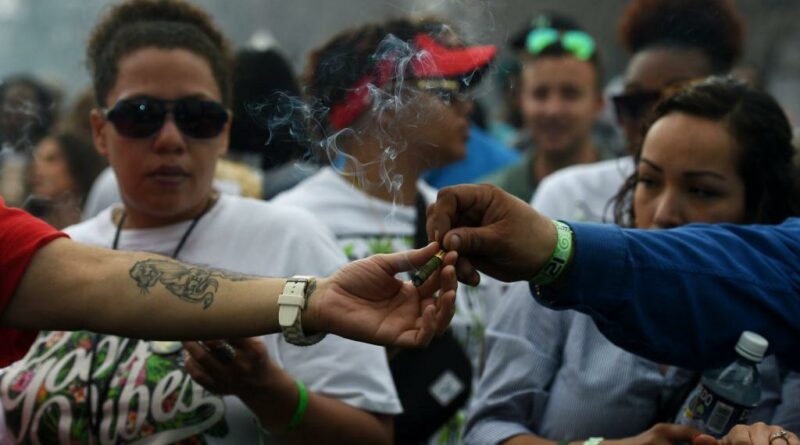 An event in Denver celebrating cannabis culture will limit the age of festival-goers to 21 and older next year after parents complained, citing concerns about youth exposure to weed.

The Mile High 420 Festival, set for Wednesday in Denver’s Civic Center park, is billed as “the largest 420 festival in the world.” With general admission tickets available for free, event organizers anticipate more than 50,000 people will attend.

It’s no surprise that Colorado would attract so many pot enthusiasts. This year, Denver is considered the “best weed city” in the U.S., where the number of dispensaries – about 10 per 100,000 residents — is more than seven times the national average, according to Clever, a real estate data company.

However, not all Coloradans are thrilled with the festival’s current policy that permits attendees of all ages, with hundreds of signatures on an online petition calling for the event’s corporate sponsors to check identification at entrances and restrict access to adults aged 21 and older.

“In past years, kids have been exposed to widespread marijuana smoking at the event — despite a state law that prohibits public consumption,” said Henny Lasley, cofounder and executive director of One Chance to Grow Up. The nonprofit, formerly Smart Colorado, aims to keep children “from the dangers of today’s marijuana,” but remains neutral on the issue of legalization for adults.

Melissa Mouton, founder and executive director of 5280 High School, a public charter school in Denver serving 125 students in recovery from substance use, is also concerned about the impact events like the festival have on teens. Her school at 1200 West Mississippi Ave. is the site of a Tuesday news conference calling on sponsors to limit access to the 4/20 event.

Euflora CEO Scott Rybicki and FlyHi COO Ashley Chubin agree with the end goal of putting age restrictions on who can attend the event.

Euflora, a boutique dispensary group, and FlyHi, a cannabis delivery company, have both sponsored the festival since 2018, with JARS Cannabis joining as a sponsor this year.

Historically, “the city has said, ‘If your event is free, then it must be all ages,’ ” said Chubin in a telephone interview. “We find out that there’s an application that we can apply for to get a free event to be age-restricted, and we want to do that for the future 100%.”

Most permit requests for public events are open to all ages, wrote Denver Parks & Recreation spokesperson Cyndi Karvaski in an email. However, the agency doesn’t bar an organizer from imposing an age restriction for their permitted event.

Denver’s Department of Excise and Licenses issued a reminder about marijuana usage on Monday, urging festival participants “to have a good time, but also be safe and follow the state and city rules.”

An all-ages festival “doesn’t benefit us at all,” Euflora’s Rybicki said, adding that “it actually puts more hurdles on the event.”

A father of four children, Rybicki “wouldn’t bring my kids there, even though I’m running the festival.” Still, Rybicki said he doesn’t usually see “a bunch of adolescents” at the event.

The festival, which first occurred for decades as a rally, took two years off during the pandemic. This year’s event was put together in a time crunch, Rybicki said, as COVID-19 outbreaks kept the outlook for the festival unclear until Feb. 1.

That left the organizers with 11 weeks to plan the celebration, which will include performances by rapper and DJ Lil Jon, rapper Talib Kweli and rapper Big Boi. They’re spending $125,000 on security alone this year, Rybicki added.

Looking forward next year, Lasley said her organization “will be the first to stand” with the 4/20 festival sponsors if they get a permit from the city to limit the event to adults aged 21 and older.

“We need good actors to do everything they can to keep marijuana and marijuana exposure and advertising out of the hands of youth,” she said.