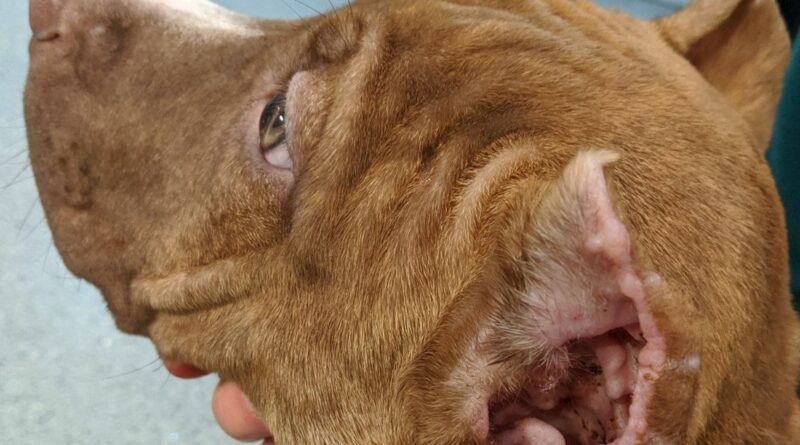 An evil dog owner who was reported to the RSPCA for paying £3,000 to have nine puppies ears cropped has been jailed.

RSPCA inspector Kimily Walters visited the home of 29-year-old Adam Malik after a member of the public contacted the charity's cruelty line.

Ms Kimily told Bristol Magistrates Court' Malik happily invited her in and showed her an outhouse where a "litter of nine 15-week bull breed puppies" were being kept.

The pups "were fast asleep" and "appeared in good condition" except for the fact the dogs had "all had their ears cropped," Bristol Live reported.

As a result, the animals ears "were red, crusty and had not yet healed," from the operation, which is only ever done for cosmetic purposes.

She said: "It was clean and tidy and the puppies appeared in good condition but had all had their ears cropped. Their ears were red, crusty and had not yet healed.

“He told me he had bred the puppies and that he owned their mother, Xena, and father, Pablo. Both dogs were outside along with a third, an eight-month-old called Skittles who he explained he’d also bred.

"Pablo also had cropped ears and Malik explained that he’d been cropped before buying him and importing him from overseas."

A female dog and her 12 four-week-old puppies were also discovered, and RSPCA seized those dogs, as well as nine cropped puppies.

Malik admitted he had arranged for someone to come to his home, take the puppies away and crop their ears

He told the inspectors in an interview that he £3,000 for all nine pups to be cropped.

The 28-year-old said he had intended to sell the animals and confirmed that none of the pupped had received pain relief following the procedures.

Malik was disqualified from keeping dogs for 15 years as well as being sentenced to 14 weeks in jail.

Sentencing Malik, magistrates said: "You arranged for the puppies to be cropped through someone you didn’t know… [they] were given no pain relief.