Deputy headmaster’s estranged wife, 60, dug her nails into his arm during doorstep confrontation after finding him living with new lover despite promising they would reconcile

Council HR consultant Lyndsey Rolt, 60, admitted assault by beating, but was given an absolute discharge my magistrates

The estranged wife of a deputy headmaster dug her nails into him during a doorstep confrontation after discovering him living with his new lover.

Council HR consultant Lydnsey Rolt, 60, had been hoping to reconcile with 42-year-old partner James after receiving a text saying ‘I love you and I want it to work’.

The pair had split three months earlier and she believed he had moved in with his parents.

But when the mother-of-two went to visit her estranged husband, his new partner, insurance manager Chantelle Peers, opened the door.

During the confrontation, she attempted to wedge herself between the door and the frame in a bid to speak to Mr Rolt.

She then dug her nails into his arms – leaving him with ‘scratch like injuries’ – as he ejected her from the house.

Police later detained Rolt in front of work colleagues at Bury town hall in Greater Manchester and she was later charged with assault by beating and stalking – a charge which was dropped.

But Rolt, who admitted assault by beating, was given an absolute discharge by justices at Manchester Magistrates’ Court, after they said she had been ‘badly let down’ by her estranged husband.

The court heard that prior to the incident, Rolt been hoping to reconcile with her estranged husband.

She had been encouraged by his texts saying: ‘I love you and I want it to work – it isn’t you, it’s me- I need time’ and he even suggested she get quotes for new furniture and window blinds at their matrimonial home.

But the court heard Rolt discovered the truth three months after her husband walked out when she turned up to visit him only for Ms Peers to answer the front door. 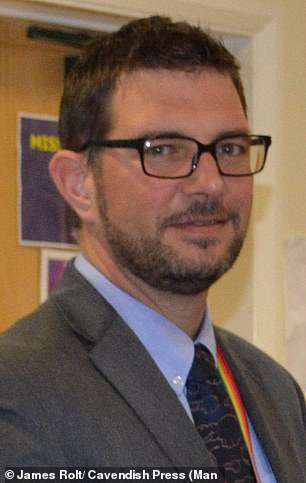 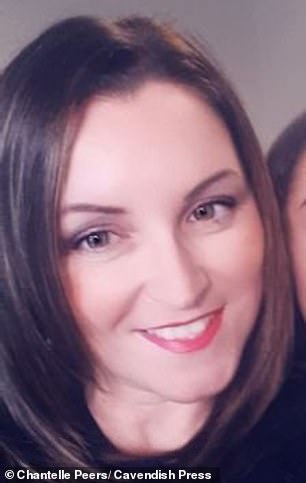 Rolt, 60, had been hoping to reconcile with 42-year-old partner James (pictured left) after receiving a text saying ‘I love you and I want it to work’. But when the mother-of-two went to visit her estranged husband, his new partner, insurance manager Chantelle Peers (pictured right), opened the door

But the court was told that unbeknown to Rolt, her husband, who teaches at a local Church of England primary school, had begun dating Ms Peers in November 2018.

He moved out of their matrimonial home in August 2019 whilst Rolt was out visiting her mother.

Defence lawyer Lyndsey Brown told the hearing: said: ‘On the day they split she went to visit her mother and said she would return later that day.

‘But when she was at her mother’s he called her and told her that he was leaving and not to come back. In fact he had already moved in with Chantelle Peers.

‘She begged him to stay but he had already gone by the time she got back although he sent her a text saying he was “having time to think” and said “I love you and I want it to work”.

‘She still thought the marriage could work. She thought he was going to his parents and she supported that.

‘He then told her he would be renting somewhere in Heywood and she believed this too. He talked about working abroad and she was also prepared to do this in a desperate attempt to save the marriage.

‘But his friends and colleagues suggested to her that he had met someone else and suggested she look at her phone bill and she noticed odd phone calls.

‘She contacted this number but they put the phone down.

‘Then on November 20 last year he texted her and said he would come and cook for her. ‘They walked around the house and he suggested she get new furniture, moved tables around and asked her to get quotes for the blinds.

‘On the day before the incident, on December 1, the phone bill arrived and shows this number again. It has been used for months. She decides to confront him and was met at the front door by his new partner. He then pushes her out of the porch. 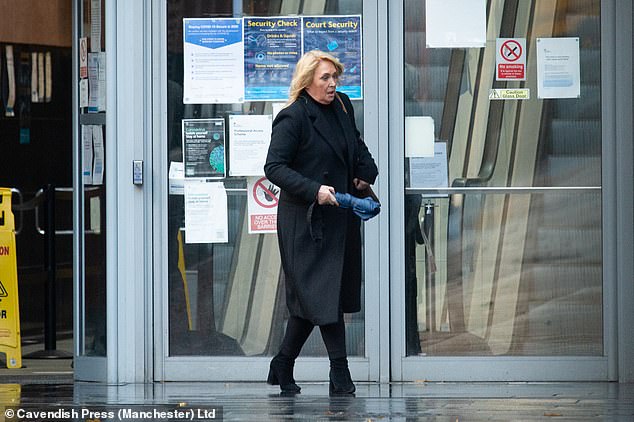 The court heard the couple met in 2004 when both worked in recruitment and had been married for 14 years. Rolt (pictured) helped fund his teacher training in 2009 and paid off debts of £11,000 using £15,000 gifted to her by her mother 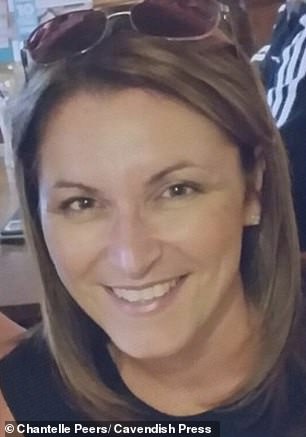 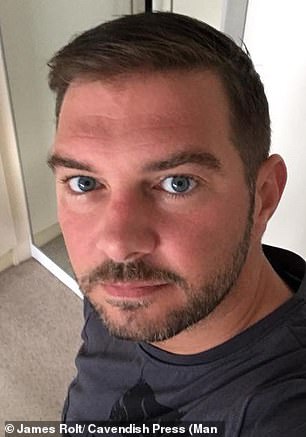 The court was told that unbeknown to Rolt, her husband (pictured right), who teaches at a local Church of England primary school, had begun dating Ms Peers (pictured left) in November 2018. He moved out of their matrimonial home in August 2019 whilst Rolt was out visiting her mother

‘She does not leave the property and pushes him backwards and he sustained some bruising and injuries.’

Ms Brown said Rolt had lost ‘three stone’ since the incident and had been treated for depression.

She said Rolt was an ‘intelligent woman’ who had ‘lost her dignity’ and had spent time in custody.

Ms Brown added: ‘The experience of court has been punishment enough for her.’

The court heard Rolt had been charged with stalking her estranged husband but prosecutors offered no evidence.

The charge claimed she called Mr Rolt’s boss and left voice messages, called his parents phone number five times and tried to call her sister in law during a mediation shuttle session at a Manchester Family Mediation service in which the couple were kept on separate floors.

She was also accused of sending several emails to Mr Rolt to his place of work, his boss, his parents and his brother which included ‘data of a private and confidential nature.’

Prosecutor James Gore said: ‘The complainant in this case had been in a relationship with the defendant for 16 years and they had been married for 14 of those.

‘They split up and he moved in with his mother. The defendant went to the address and there was an argument while both parties tried to call police.

‘She said she wanted to speak to him. She wedged himself in front of him and they exchanged words.

‘He wanted her to leave but she refused and said she wanted to stay. He then raised an issue about a voice mail having been sent to his employer and he tried to remove her using reasonable force. He grabbed her by her arms and marched her out of the property.

‘She pushed the defendant in the chest and dug her nails into his arms causing scratch-like injuries.’

During the hearing a character reference from an unnamed work of Rolt was read out in which she was described as ‘honest and reliable’ and that her behaviour was ‘out of character’.

As part of her absolute discharge, Rolt, of Bury, Greater Manchester, was ordered to pay £100 in costs. She was barred from contacting her estranged husband for five years under the terms of a restraining order.

JP Michael Nolan told her: ‘You have obviously been through an exceptionally hard time.

‘You put a great deal of trust in your husband and have been badly let down.

‘You have spent some time in custody, have no previous convictions, were arrested at work and have had your good name removed.’