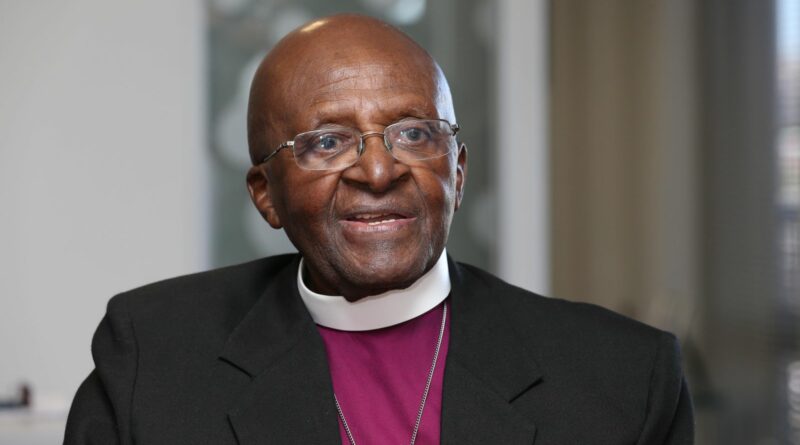 South Africa’s Archbishop Desmond Tutu, one of the leaders of the anti-apartheid movement, has died at the age of 90, the President’s Office has said.

Desmond Mpilo Tutu was awarded the Nobel Peace Prize in 1984 for his campaign of non-violent opposition to South Africa’s white minority rule. 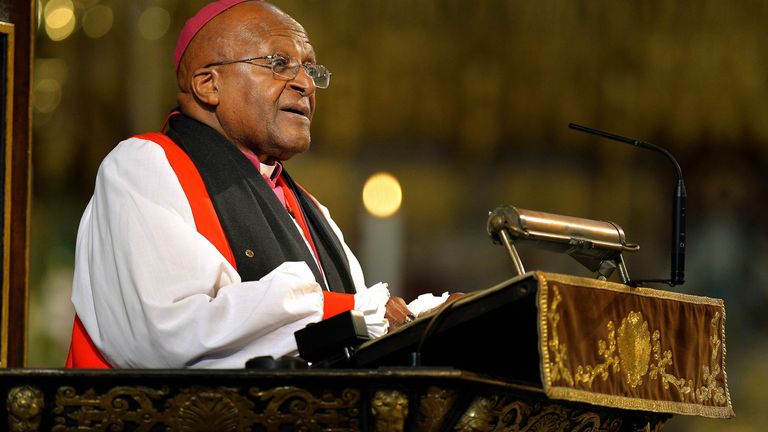 “The passing of Archbishop Emeritus Desmond Tutu is another chapter of bereavement in our nation’s farewell to a generation of outstanding South Africans who have bequeathed us a liberated South Africa,” President Cyril Ramaphosa said.

“From the pavements of resistance in South Africa to the pulpits of the world’s great cathedrals and places of worship, and the prestigious setting of the Nobel Peace Prize ceremony, the Arch distinguished himself as a non-sectarian, inclusive champion of universal human rights.”

Desmond Tutu: The South African icon who was loved far and beyond his native land

Mr Tutu was diagnosed with prostate cancer in the late 1990s and has been hospitalised several times in recent years to treat infections associated with his cancer treatment.

“Ultimately, at the age of 90, he died peacefully at the Oasis Frail Care Centre in Cape Town this morning,” Dr Ramphela Mamphele, acting chairperson of the Archbishop Desmond Tutu IP Trust and coordinator of the Office of the Archbishop, said in a statement on behalf of the Tutu family.

Dr Mamphele did not give details on the cause of death.

The statement described Mr Tutu as a man who “turned his own misfortune into a teaching opportunity to raise awareness and reduce the suffering of others.”

It said: “He wanted the world to know that he had prostate cancer, and that the sooner it is detected the better the chance of managing it.” The statement added: “Courageous, gracious, and concerned for the welfare of others to the very end.

“As Mrs Tutu says, although he was not physically imposing, he had the inner strength of a lion.” A statement from the Nelson Mandela Foundation said the loss of the archbishop was “immeasurable”.

It said: “He was larger than life, and for so many in South Africa and around the world his life has been a blessing.

“His contributions to struggles against injustice, locally and globally, are matched only by the depth of his thinking about the making of liberatory futures for human societies.

“He was an extraordinary human being. A thinker. A leader. A shepherd. Our thoughts are with his family and friends at this most difficult time.”

Justin Welby, the archbishop of Canterbury, tweeted: “Archbishop Desmond Tutu was a prophet and priest, a man of words and action – one who embodied the hope and joy that were the foundations of his life.

“Even in our profound sorrow we give thanks for a life so well lived. May he rest in peace and rise in glory.” Basim Naeem, a senior official within the Palestinian Islamist militant group Hamas, told Reuters: “Our Palestinian people lost a strong supporter of their march towards freedom and independence.

“Father Desmond Tutu spent his entire life struggling against racism and defending human rights and especially on the Palestinian land.”