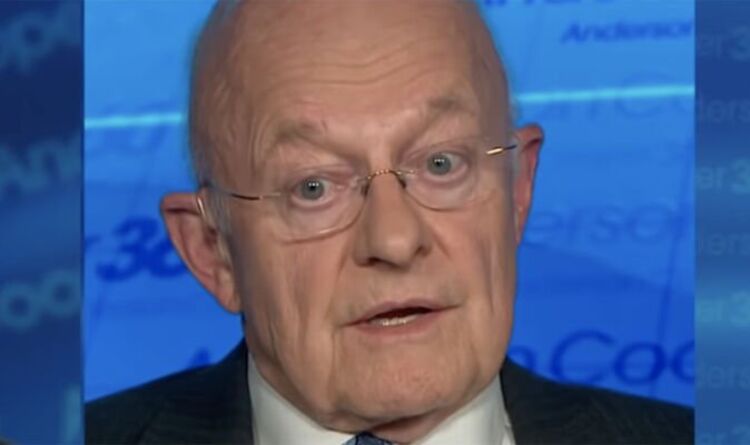 Putin forced to call up mercenaries as Russian invasion stalls

Vladimir Putin has been forced to call up 1,000 more mercenaries as the Russian invasion into Ukraine stalls. Former director of National Intelligence James Clapper told CNN this latest decision is a “sign of desperation on Putin’s part”. This comes as Russian forces struggle to capture Ukrainian cities as well as reports that the forces are ill-trained and suffering morale problems.

As a sign of the Russian battlefield setbacks, a huge convoy north of Kyiv has been largely stalled for the past few days.

“The message here is a certain amount of desperation on Putin’s part to have to do this so quickly.

“Putin thought he could just waltz into Ukraine and Ukrainians would just roll over and capitulate.”

A senior Western intelligence official has warned that Moscow could start to “bomb cities until they surrender” amid widespread frustration at the pace of the invasion in the Kremlin.

The official also told CNN that mercenaries already in Ukraine had “performed poorly in facing tougher-than-expected resistance from the Ukrainians”.

Around 200 of these mercenaries have already been killed in the war.

Despite the dragged-out invasion, President Putin said today that the conflict will only stop if Ukraine stops fighting and Russia’s demands are met.

The Russian president made the remarks during a phone call with Turkish counterpart Recep Tayyip Erdoğan.

There are signs Russia has moved from hitting military targets to civilians.

An increasing number of attacks have been focused on population centres in Ukraine.

Backing this up, the British Government has accused Russia of targeting populated areas “in multiple locations”.

This comes as the evacuation of civilians from besieged Mariupol was “halted” on Sunday for a second consecutive day.

Meanwhile in Russia, thousands of ordinary civilians took to the streets today to protest against their country’s invasion of Ukraine.

The huge unprecedented protests erupted across at least 49 cities in the country.

Police arrested around 3,500 people at the anti-war protests, including 1,700 people in Moscow and 750 in St Petersburg.